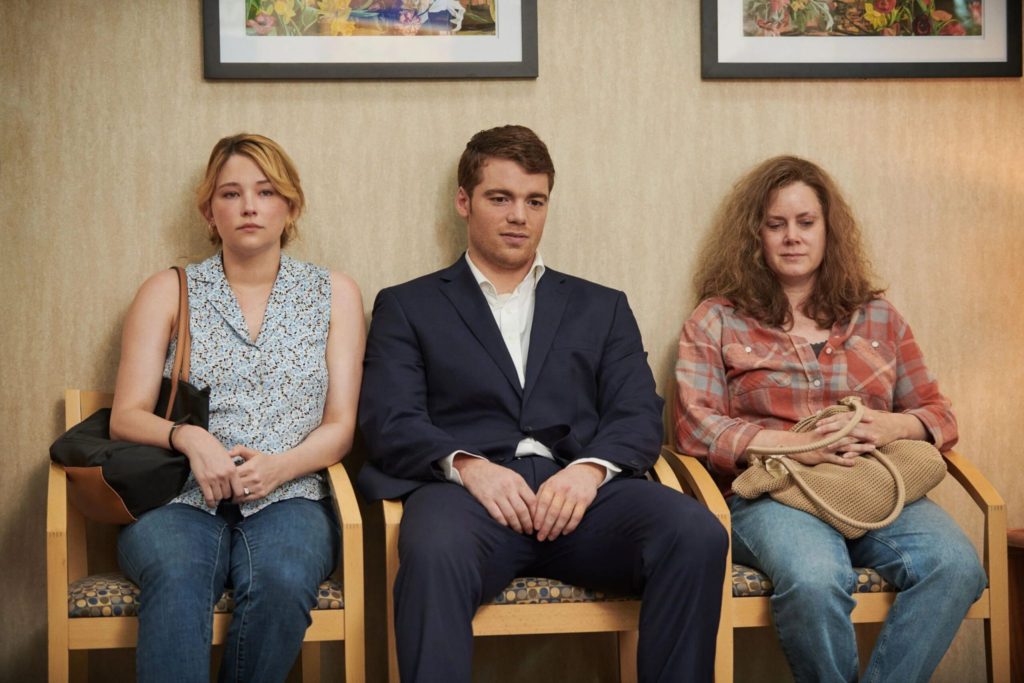 “Hillbilly Elegy has a few elements working in its favor, mostly being the performances by Glenn Close and Amy Adams.”

Ron Howard and Brian Grazer have teamed up again with another film that is sure to pull some heartstrings in Hillbilly Elegy. After a super brief stint in a few theaters across the nation, the movie will be available exclusively through Netflix. Based on the 2016 memoir of the same name by J.D. Vance, Hillbilly Elegy explores the life of the Vance family through three generations where J.D. is summoned home from Yale Law School back to backwoods Ohio to tend to a family crisis of drug addiction and abuse. 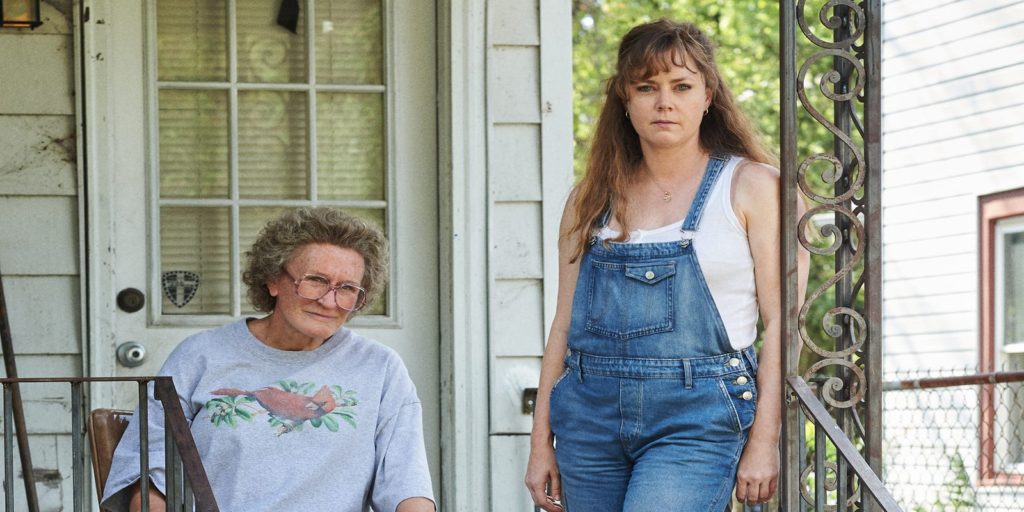 Hillbilly Elegy has a few elements working in its favor, mostly being the performances by Glenn Close and Amy Adams when they aren’t going in over-the-top with their real-life characters of the mother/daughter duo Mamaw and Bev Vance respectively. Vanessa Taylor (The Shape Of Water, Game Of Thrones) adapted the book to the screen where a lot of her dialogue and script missed the mark by a mile that culminated in some laughable moments when humor wasn’t the intended emotional target. It’s an unfortunate consequence because there are some good themes and messages with this true story, however, the film never picks up any of these poignant moments long enough to resonate any longevity or true character arcs other than hone in on the hillbilly stereotypes which come across as comical. In the end, this film is another forgettable miss for Ron Howard, something that’s been happening since 1996.

J.D. Vance (Gabriel Basso from Super 8) receives a call from his sister back in Ohio, informing him that his mother Bev has regressed and is once again in the hospital for her heroin addiction. He leaves Yale Law School just before a big meeting with a potential internship to attend to his family matters back home, unwilling to tell his girlfriend about what his life his really like back home. As he drives to his destination, there are a series of flashbacks through rough and important moments in his life that reveal his mother’s first priority – heroin, and her ability to do anything to score a hit. When she’s lucid, she can be the best friend a son could have, but that can quickly turn on a dime where she comes erratic, violent, and dangerous that culminates in a scary situation that leads to Mamaw taking care of a young J.D. for the time being. 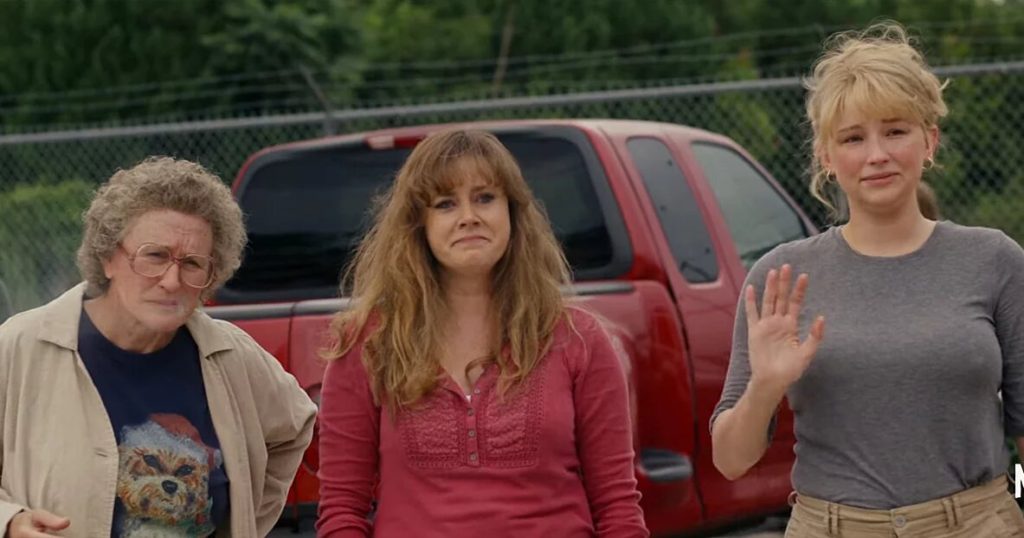 Mamaw is a cursing, beer-drinking, brutally honest woman, who herself has a traumatizing past, but she’s hell-bent on raising the kid right for once, unlike her daughter. Glenn Close plays Mamaw hilariously great, but that might not be the intended purpose, but her physical look is almost as ridiculous yet intensely charming as she tells it like it is every second she’s on-screen. Once J.D. is back in town, he struggles with what to do with his mother and must make a strong decision of something he should have done a long time ago – let her go.

The novel tackled subjects such as poverty, family stability, and achieving the American Dream, however, this film version barely evens touches those surfaces but is more focused on the addiction storyline and how it affects those surrounded by it. It’s more of a one-note film with some solid performances that keep it from completely falling over itself. It has help with a musical score from Hans Zimmer as well. Hillbilly Elegy has a few great elements going for it, but overall, it never rises to its full potential like its main character does and is funny when it shouldn’t be.