Bryan Deems ‘Super 8’ One Of The Best Films In Recent Years!!!! 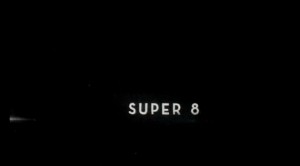 There is so much to like about this film.  I wish the filmmakers of the current generation would stop for a second and take a good look at ‘Super 8’ and take notes.  Everything is there.  J.J. Abrams directed ‘Super 8’ with his childhood hero producing….Steven Spielberg.  This is what filmmaking used to be like.  I know a lot of you will be comparing this film to the likes of ‘E.T.’ or ‘Goonies’.   You might say it brings quite a bit of nostalgic feelings from growing up.  And to me, that is what makes ‘Super 8’ so amazing.

When I was growing up, my dream makers and heroes were Spielberg, Landis, Carpenter, Dante, Roddenberry, Donner, Brooks, Verhoven, and Romero.  And J.J. Abrams takes this industry of cool and geek and re-creates what I felt like growing up.  I’ll explain further.  What ‘Super 8’ emulates, is that feeling of being a kid and growing up.  That sense of adventure, fun, and true friendship.  I’m not talking about the friends I have now.  I’m talking about the friends I had when I was twelve.  The friends I would sneak out of the house to go adventure and explore with.  Which was a HUGE deal.  We were in our own world and we thought that we were the only ones who knew or thought about an impending zombie outbreak or an alien invasion.  The group of kids in ‘Super 8’ very much reminded me of my small group of friends growing up.  It really took me back.

The first scene is where we meet our main character in 1979 who is a young boy who is about twelve years old on the day of his mother’s death due to an industrial accident.  The young boy is brought to life by Joel Courtney in the role of Joe Lamb, which I must say is played at its best.  His father is the deputy sheriff, who works hard and is deeply depressed about his wife’s death.  We come to find out  that the boy is the make-up artist for his friend’s zombie film, and all his other friends are actors, sounds, and special FX roles for their friend’s film.  We see that Joe’s room is filled with movie posters and train and figure models that he creates and paints.  Mostly tv and movie related models.  His friend who is the director of the zombie film they are making has horror movie posters and sci-fi posters all over his room as well.  I think I saw a Star Wars poster in there somewhere.    This was my room as a kid.  Well technically if you have ever seen my house now, it is the same way.  Well they are all making this zombie movie to enter into a contest which not only kids are entering but adults so everyone is busting their ass to do their best.

So as you have seen in the trailer; as the kids are shooting a scene from their zombie film, a train crashes and it looks like something big is trying to get out of that train.  From here on out, strange things start to happen.  The military comes to the town and does not explain anything.  But this film really isn’t about that giant something in the train, but rather that group of kid’s relationship with one another and ultimately Joe Lamb’s relationship with his father.   The love that is there but non-existent.

This is ultimately a film for kids.  And what makes it exciting for parents is not only the amazing direction, action, violence, and the “not dumbing down” for the nation’s modern youth, but rather that car ride home with your kid when you will get to discuss the film.  There is no doubt in my mind, that kids and adult alike will very much enjoy this film for many different reasons.  I know the conversation I would have with my kid upon seeing this film would be.  My kid would say: “WOW! That was awesome.  I really liked it.”  I would then in turn tell them, “well if you enjoyed that, then you will love ‘The Dark Crystal’, ‘Poltergeist’, ‘Gremlins’, ‘Labyrinth’, ‘Raiders of the Lost Ark’, ‘Goonies’, ‘E.T.’, and ‘Back To The Future’.  How awesome is that?

Now this has Spielberg written all over it, but this is purely a J.J. Abrams film.  And I believe it stands apart from the above previous mentioned films.  It’s purely a J.J. Abrams film and you will get that.  And I think his goal other to entertain us was to give us a film that could have been shown to me and my friends in the late 70’s or early 80’s.  What if you and a bunch of your friends found something out that one billion percent needed to be dealt with, and you all banded together without the knowing of your parents to get that impossible task done?  That’s exactly what ‘Super 8’ is.  I will be talking about ‘Super 8’ for a long time with all my friends and sharing our stories growing up and our adventures.  Thank you J.J. Abrams for this masterpiece.  And thank you once again Spielberg for making us all remember our childhood.

‘Super 8’ is magnificent!!!  The whole planet should witness this movie.  See it many times.

One thought on “Bryan Deems ‘Super 8’ One Of The Best Films In Recent Years!!!!”