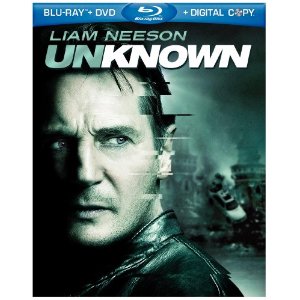 So we are talking about the film ‘Unknown’ here.  A film that stars Liam Neeson, January Jones, and Diane Kruger.  According to IMDB, ‘Unknown’ is about “A man awakens from a coma, only to discover that someone has taken on his identity and that no one, (not even his wife), believes him. With the help of a young woman, he sets out to prove who he is.”  So there’s that.  Then there’s Boomstick’s newest contributor and writer….Shirtz.  Shirtz is the ambassador for the underground world of the occult and bizarre to our human society.  He has been everywhere and he has seen everything.  We are very happy to have him at Boomstick Comics from now on so give him a warm welcome, but be careful.  He bites.

Craziest fucking thing!!  This shit happened to me in February of 2004!

It was a Tuesday.  Sometime after 4pm…  I know this, because I was sitting at the bar enjoying a three dollar import draft at the “Red Hen Tavern”.  The Tuesday happy-hour special.  In fact, I was just arguing with Scooter, the bartender, that my frosty pint of Fireman’s 4 should only be a two dollar beer because it was brewed less than five-hundred miles away from where I was sitting, with no international borders separating the two of us; when the phone began to ring.


“Phone’s for you,” Scooter wheezed as he slid the phone across the the polished, oak reflection of myself.

“This is Dr. Gendrickson.” I said, proudly.

“Dr.  Avi Gendrickson?” the Mexican-radio sounding dj voice on the other end of the connection asked?

“This is Dr. Richardson at County General.  I just released a patient that claimed he was…”

The phone went silent just as the creaky, fiber-board, door slammed open and hideous daylight battered me and the two other customers across our grey, bar-soaked, brains.  Eyes squinted.  Teeth clenched.

A madman stumbled up to the bar.  He was wearing an ACDC t-shirt, paint-stained blue jeans, and flip flops.  Same as me, except it was Led Zeppelin.

“The usual.”  The man said in his out-of-breath voice.

“The Avi.” Scooter and the new customer said at the exact same time.  One a question.  One a statement.

Scooter’s questioning gaze sprinted down the bar to find mine.  No clue, says my eyes.

As Scooter reluctantly muddled the limes and sugar, the door swung open once again.  My wife.  Heather.  With her bouncing skirt; two-inches to short for her age.  The plastic shopping bags from stores that made my paycheck shriek with fear, and her always-sober presence; she eyed her target and headed my way.

“Oh God… here we go,” I mumbled beneath my doomed voice as I extinguished my “outlawed” cigarette.

But then, something happen…  The new man at the bar.  The regular, drinking the cocktail named after my formula, he stepped between Heather and me.

There was a moment of silence.  Uncomfortable, unforgettable silence, as all jaws in the pub dropped and all eyes focused in on me for guidance on how to handle this situation.  The jukebox cut out.  If crickets could have survived there… they would have chirped.  Henry and Buzz held their glasses inches from their faces without drinking.  Scooter, for a moment, looked like he gave a shit about something other than his genital warts and how he could continue to spread them across the desperate girls’ club of Dallas.  It was now or never, I thought.

Start overs?  Unheard of…  Almost truth.  Almost…  And yet, here I was.  Right and wrong in one corner, and in the other… a blank slate.  Do over.  I saw it all…  All at once.  Saw it all in gorgeous Blu-ray:  Fly-over shots from airplanes and helicopters, historical landmarks, heart-racing car chases, hand-to-hand fight choreography, shower scenes that almost (but not quite) show January Jones’ nipples, mystery, art, intrigue, and even Section 15 operatives.

I decided right then and there.  Fuck this life!  Bitch wife.  Bullshit job.  Sub-par local bar.

And Jay Shirtz was born, and the bad guys won, and people died.

All that being said, this was a fun movie.  I’m glad I watched it.  It really made me feel good about my decisions.  Liam Neeson was a very convincing, less sexy, version of me.  My hat’s off to him.

And what a BAD-ASSED fucking ending!!!  Holy shit!!!  Didn’t see it coming.  Thank God Nixon set it all straight.  Hooray for Hollywood!

The extra features are a blow-job to Liam Neeson.  Nothing more.  Skip it. 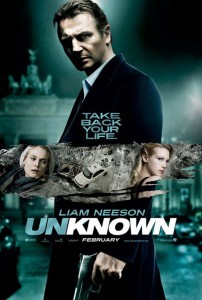 8 thoughts on “Shirtz Actually Lived the Film, ‘Unknown’!!! (A Review)”