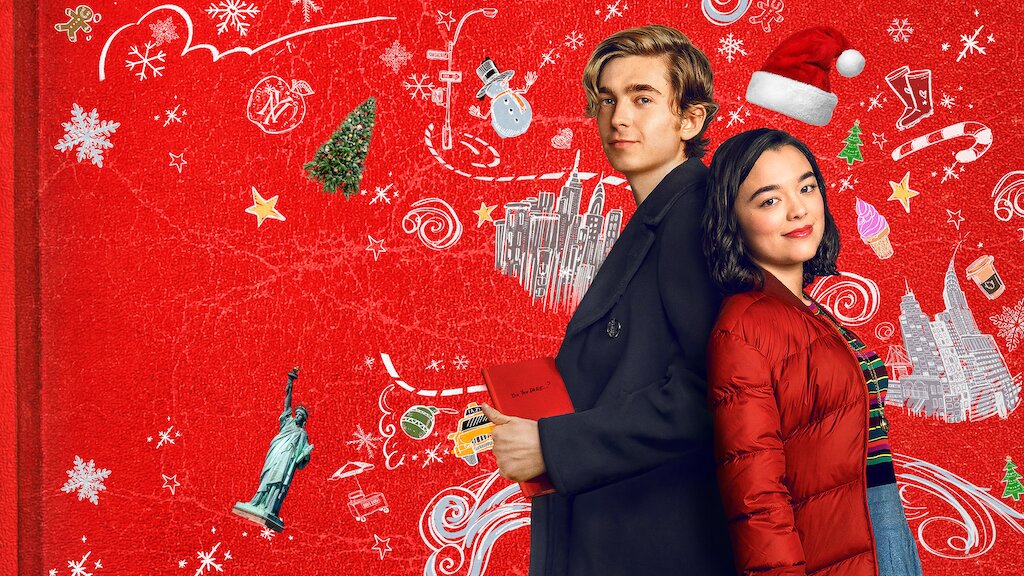 “Dash & Lily satisfies that holiday romantic urge of binging with a loved one on a cold night with something safe and happy. “

In time for the holiday season comes the miniseries Dash & Lily, based on the young adult book series Dash and Lily’s Book of Dares by David Levithan and Rachel Cohn that follows two teenage strangers who become entangled in a series of written clues, games, and letters during the Christmas season, who end up falling for each other, even though they’ve never met. Dash & Lily is sweet, charming, and funny enough for everyone to enjoy, however, its eight-episode order stretches every story too thin, becomes redundant, and has very little payoff in the finale episode. Dash & Lily would have been the perfect romantic comedy project if it were kept to a 90-minute feature film. 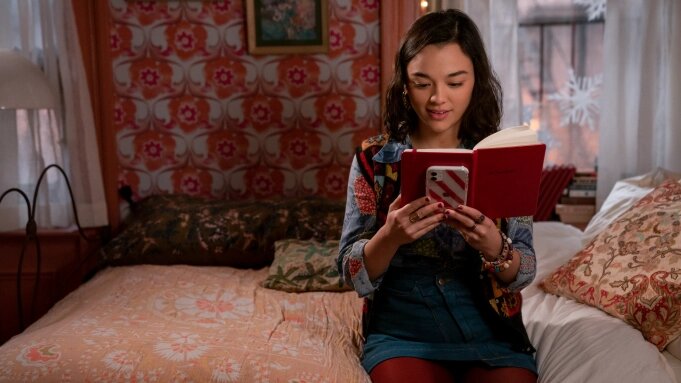 The series has some talent behind it, including Shawn Levy (Stranger Things) producing the series with Fred Savage (The Wonder Years) directing the bulk of the episodes. The show looks amazing and keeps with its holiday spirit throughout as Dash (Austin Abrams from Brad’s Status) hates everything about Christmas and the holiday season. He’s a regular Scrooge when it comes to this happy time in the world. On the other end of the scale is Lily (Midori Francis from Good Boys), whose favorite thing in life is Christmas cheer and the holidays. Also, one is looking for love, and the other has just gone through a breakup.

One night at the library, Dash finds a peculiar book hidden in the stacks that sets him on a scavenger hunt of sorts, which he solves and then writes this mystery woman (Lily) back with his own game. As time goes on through the holiday season, both Dash and Lily learn more and more about each other and end up falling in love – even though they still haven’t met each other. Even when they unknowingly cross paths at parties, their intuition and awareness are at an all-time low, until all the obstacles that get in their way, including family drama, moving away, and a Jonas Brother concert, complete with actual Jonas Brothers performing live – disappear so the two lovebirds can actually meet in person. 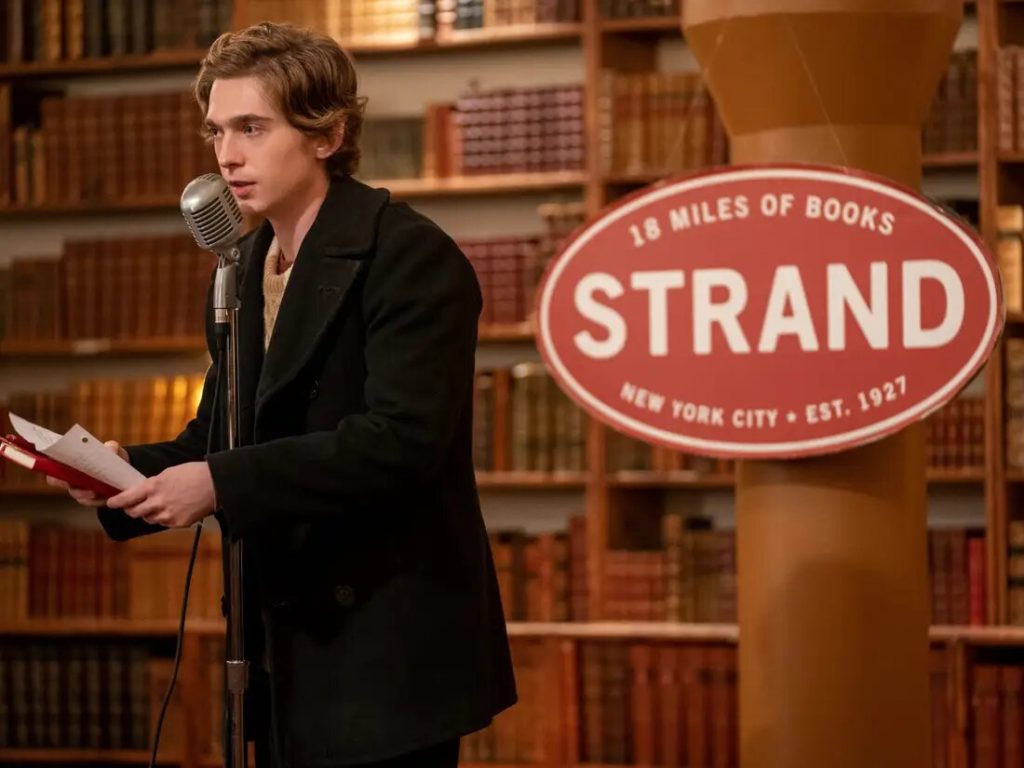 Most holiday-centric films are all the same with a certain formula of romance and intrigue that never strays from its path. That’s the case with Dash & Lily to a tee. There’s nothing new on the table here, however, the performances and the characters are all charming and witty enough that the series is enjoyable to watch even if it overstays its welcome by a longshot. Still, Dash & Lily satisfies that holiday romantic urge of binging with a loved one on a cold night with something safe and happy.