Vampires vs. The Bronx – Film Review 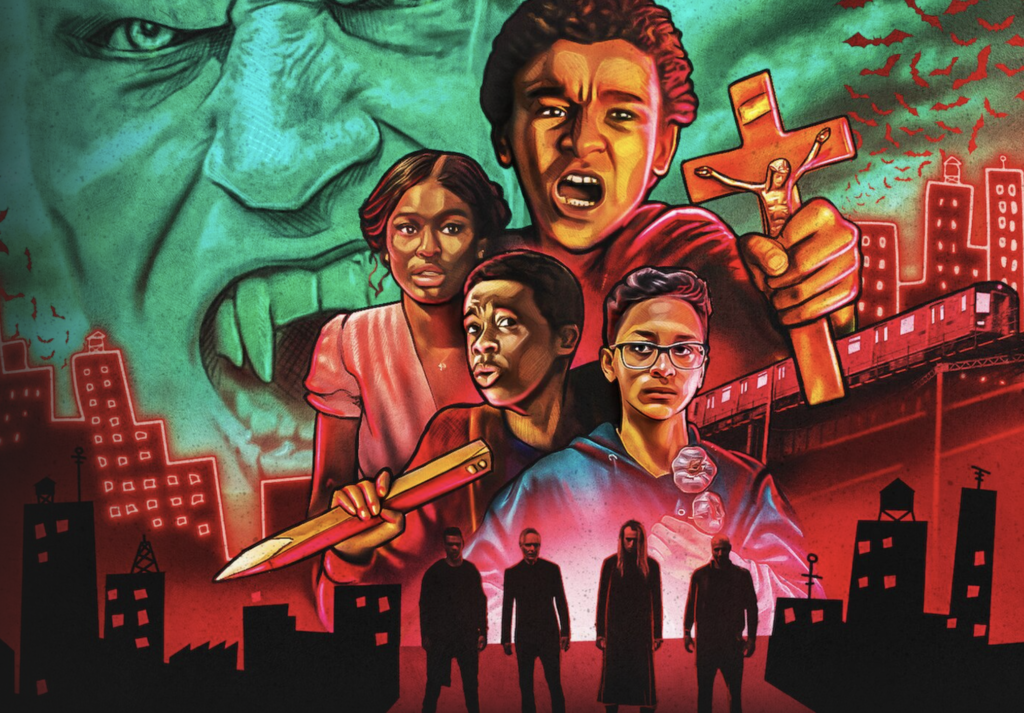 “Vampires vs. The Bronx is a welcome addition to the horror and vampire genre that can join the ranks of films like The Lost Boys, Attack the Block, and The Monster Squad. “

There’s new life given to the vampire genre with Oz Rodriguez’s fresh horror-comedy Vampires vs. The Bronx, which debuts on Netflix exclusively. Taking its cues from past horror films and adding its own garlic sauce, this self-aware, funny, charming, and scary film is just what horror fans need for Halloween 2020. Just like its fun title, the story at hand never tries to over-complicate things but is straight to the point with fantastic characters, horrifying vampires, and one excellent, hilarious screenplay that also delivers some sentimental moments and current messages about the political and class system in America. Down to its root though, it’s an exciting and thrilling vampire film that is highly entertaining.

Set in present-day in the middle of the Bronx, a group of kids is trying to save their city from gentrification, mainly from a real estate company purchasing up all the local businesses, where strange white people are moving in and only appear to walk around at night time. Miguel is known as Lil’ Mayor in the neighborhood (Jaden Michael), first sees a vampire kill and suck the neck of a local fat thug named Slim. He tells his two best friends Luis (Gregory Diaz) and Bobby (Gerald W. Jones), who form a trio of vampire killers. Luckily, Luis has read all of the horror comic books and has studied the movie Blade quite extensively, thus teaches his pals how to take out the bloodsuckers. Bobby is dealing with his own issues of trying to stay on a good path and not be affiliated by the local gang.

For most of the film, the adults don’t believe the kids about vampires and the murders that are happening and are more interested in selling their homes and businesses for money, not realizing the terror that awaits them – not even Method Man who plays a fantastic preacher. Through some excellent, funny scenes of preparation and investigation, these kids, with the addition of one older girl, will fight the forces of darkness with homemade objects to save their lives and neighborhood.

Rodriguez comes from a comedy background of directing some of the better SNL sketches of recent memory, which is why SNL creator Lorne Michaels serves as a producer on this film. Rodriguez’s screenplay is smart, witty, and fun for most ages. Performances are solid and self-aware, as the story has a ton of heart and soul that may have the occasional stake piercing it. Vampires vs. The Bronx is a welcome addition to the horror and vampire genre that can join the ranks of films like The Lost Boys, Attack the Block, and The Monster Squad.

WATCH VAMPIRES VS. THE BRONX HERE!