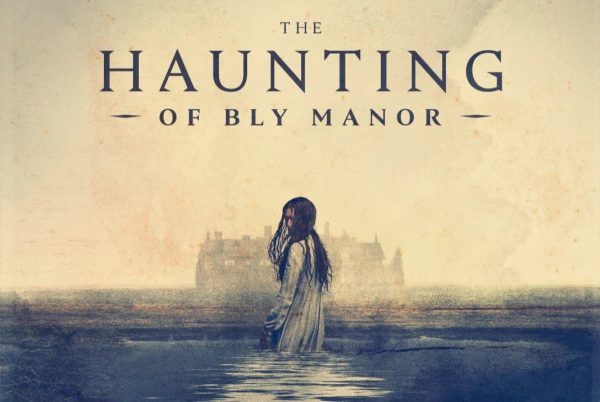 “There’s enough meat to keep The Haunting of Bly Manor running and interesting, along with a future third haunting next year.”

Mike Flanagan’s anthology sequel to Netflix’s The Haunting of Hill House arrives just in time for Halloween 2020 and is called The Haunting of Bly Manor, which more or less stars the same actors from Hill House in different roles, along with a few newcomers. This time around, Flanagan dives deep into the works of Henry James, specifically The Turn of the Screw, and haunts its audience through a second season that plays more into the gothic horror romance genre than it does a straight horror film. 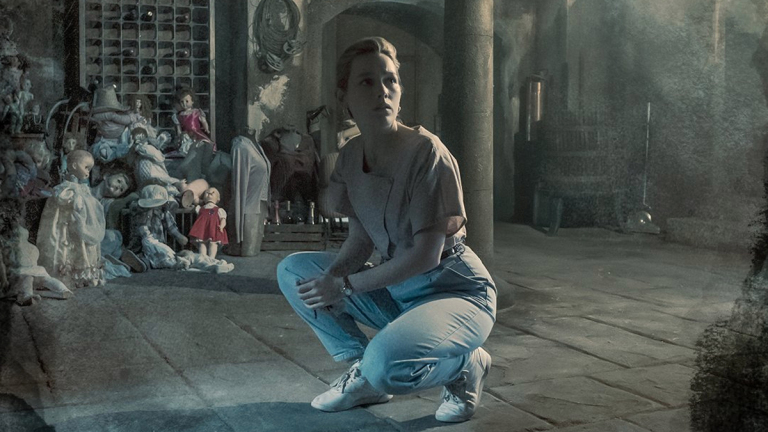 Still, Flanagan is a master-chief when it comes to crafting this series with magnificent and emotional storytelling, wonderful character performances, and a few hainting moments that linger long after viewing. The one downfall with Bly Manor is that every single, tiny element of the story and background is force-fed through flashbacks and origin stories, leaving no room for interpretation of what’s actually happening in the story, which is something that wasn’t present in the source material or even Hill House. Still, there are enough emotional and scary set pieces that keep this second season from drowning in the water.

The Haunting of Bly Manor is told present-day after a night of drinking at a rehearsal dinner, which transports the story back to the mid-80s where a young American girl named Dani (Victoria Pedretti) is in London as an Aupair, interviewing for a job with the prominent British lawyer Henry Wingrave (Henry Thomas) to take care of his recently orphaned niece and nephew far away from the big city. Upon their meeting, Henry inquires why a young, beautiful girl wants to spend her life as a nanny in the countryside, where Dani asks why this dream job has been open for months on end. Of course, the series explains everything fairly quickly as the glorious country house is haunted by malevolent forces, and Dani herself is being tormented by some creature in a mirror. 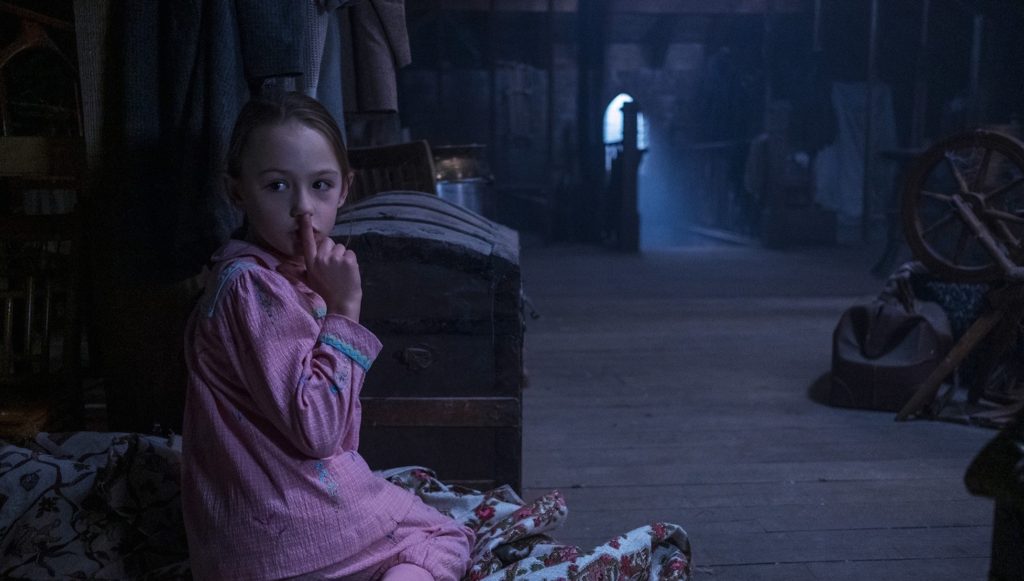 Once Dani arrives at the grande mansion, she meets the kids – Miles and Flora, the housekeeper Hannah, gardener Jamie, and chef Owen. The kids are sweet and playful, however, Miles was suspended from school for strange reasons, and Flora checks all the boxes for “creepy-kid” syndrome, including talking to people who aren’t there, making frightening looking dolls, and sleepwalking all over the grounds. And that’s just the tip of the iceberg as the house has an unwanted guest that roams the dark halls after dark and a strange lurking man (Oliver Jackson-Cohen) who stares maliciously through the windows.

Flanagan himself doesn’t keep to his first season full-time job of directing each episode but instead passes the director’s chair after the first episode of Bly Manor to some horror filmmakers including Sinister 2 director Ciaran Foy. The overall tone is still present throughout the second season, but there aren’t any big standout episodes that are as captivating as Hill House’s “The Bent-Neck Lady” episode. In fact, there aren’t really any big jump scares or truly frightening moments in Bly Manor that would cause someone to leave the lights on a little longer. It’s more about relationships and a romance that is everlasting even long after death rather than any sort of possession or monster gimmick. 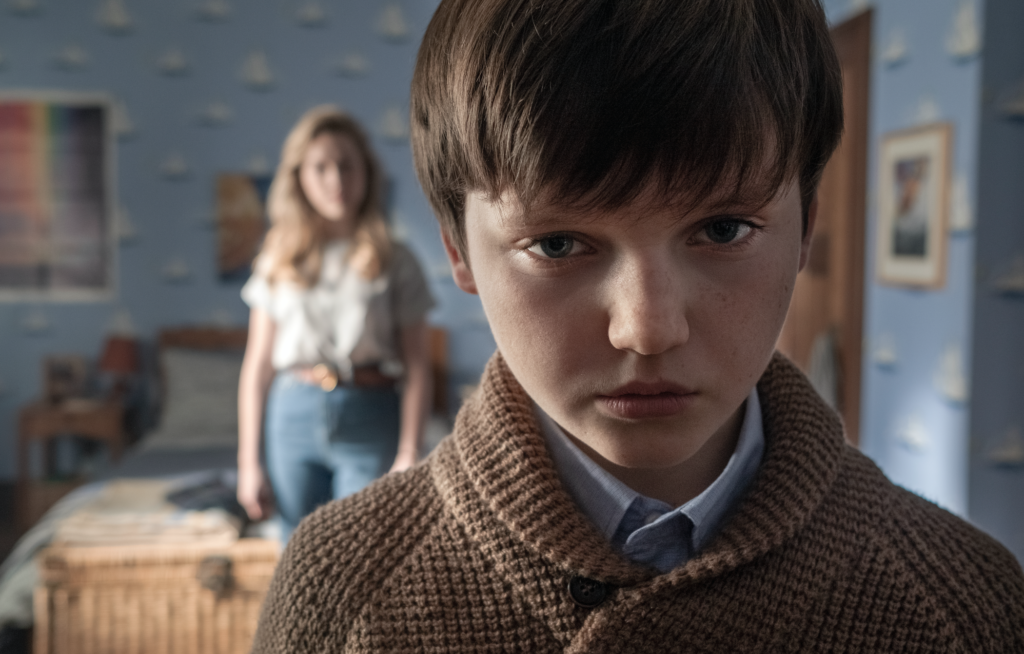 Performances are top-notch all around and the setpieces are wonderfully conceived, but it’s with the execution of this nine-episode season that overstays its welcome by a couple of episodes due to over-explaining the situations at hand through many flashbacks. That being said, there are a few surprises and cameos to satisfy fans and there’s enough meat here to keep Bly Manor running and interesting, along with a future third haunting next year.