The War With Grandpa – Film Review

“The War With Grandpa is a mindless, entertaining, and sugary remedy in these dark times. “

There’s a large battle brewing between grandfather and grandson in Tim Hill’s (Spongebob Squarepants, Alvin and the Chipmunks, Muppets From Space) film The War With Grandpa, formally a children’s book by author Robert Kimmel Smith. This sweet, silly, charming movie is fun for the whole family that has different generations pulling pranks on each other with their respective friends helping out. With an all-star cast, a heart-warming story, and some sweet laughs – The War With Grandpa is a mindless, entertaining, and sugary remedy in these dark times. 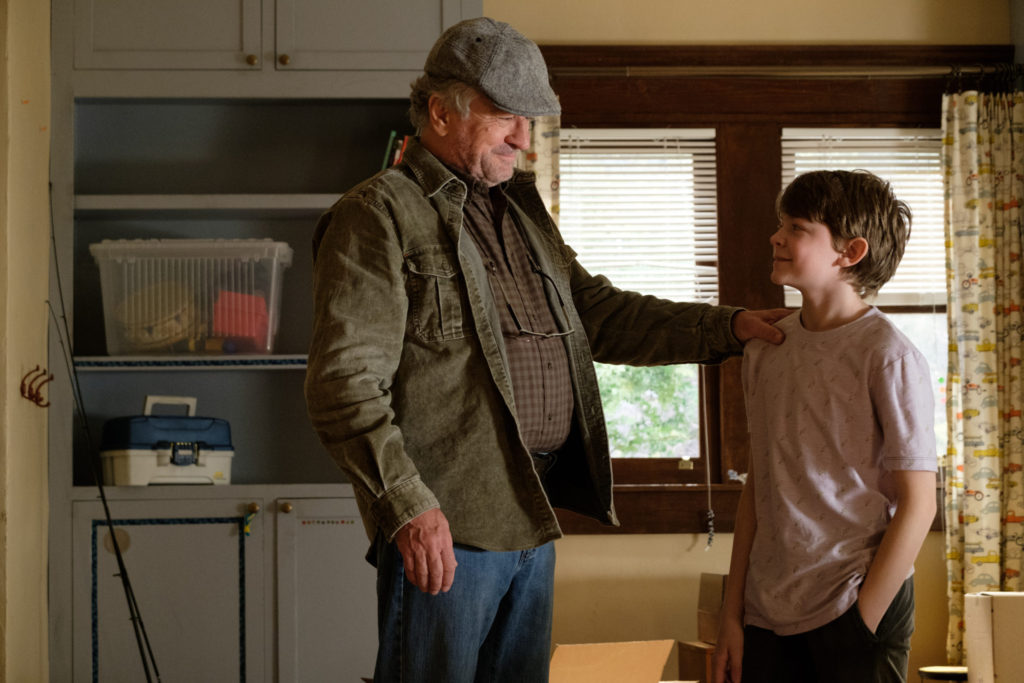 The War With Grandpa was filmed a few years ago and has been on a hold shelf for a variety of reasons, but it makes its way to a viewing screen nearby now as Ed (Robert De Niro), an aged widow has fallen on some mild hard times, where his daughter and son-in-law (Uma Thurman and Rob Riggle respectively) invite him to live with them for the long haul with their three kids Mia (Laura Marano), Jennifer (Poppy Gagnon), and Peter (Oakes Fegely).

Peter is forced to move into the attic while his grandfather takes over his room, which is what ignites this war of severe pranks that include snakes, and other hijinks. While Peter enlists his school friends to help out with these antics, Ed has a couple of friends of his own including Cheech Marin and the wonderful Christopher Walken who lives like a college student with money. Add in the beautiful and brilliant Jane Seymour for good measure as well until it all culminates in lessons learned, and an out-of-control prank goes haywire during a summer Christmas-time birthday.

The War With Grandpa has no twists or turns or any complex story, but that’s not the kind of film this is trying to be. It’s geared for families and kids and sticks to being simple, cute, and funny with quite a bit of slapstick humor where one character or another is falling down on the ground, getting cake in their face, or something else similar in nature. The film has a heart of gold and the adult actors seem to be having a great time on-screen even if this seemed like a quick paycheck.

There’s something delightful and pleasing about the film, whether it is the film’s honest and endearing message or watching some of these actors have a goofy time with their younger co-stars. Whatever the case may be – The War With Grandpa is a much-needed, amusing escape for the end of the year.