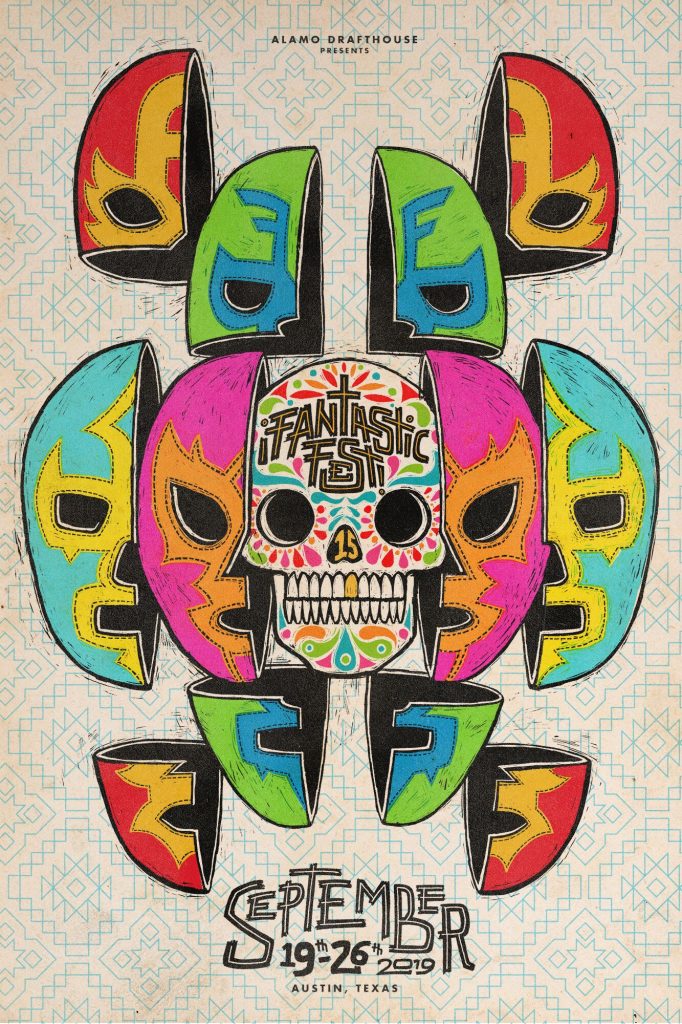 Fantastic Fest is one of the events that is pure bliss for any fan of genre cinema. If you love horror, sci-fi, foreign, action, and even adult-oriented movies from the 1970s, then Fantastic Fest is the place to let that freak flag fly high and be with like-minded individuals that truly appreciate the art of movies. All of the madness and fun will take place in Austin, TX starting on September 19 and run for 10 days at the Alamo Drafthouse on South Lamar St. This year, which is the 15th annual festival of Fantastic-ness, captures the essence of the Mexican movie scene with a ton of cool films being showcased from Mexico, both new and old. This is something you won’t want to miss. 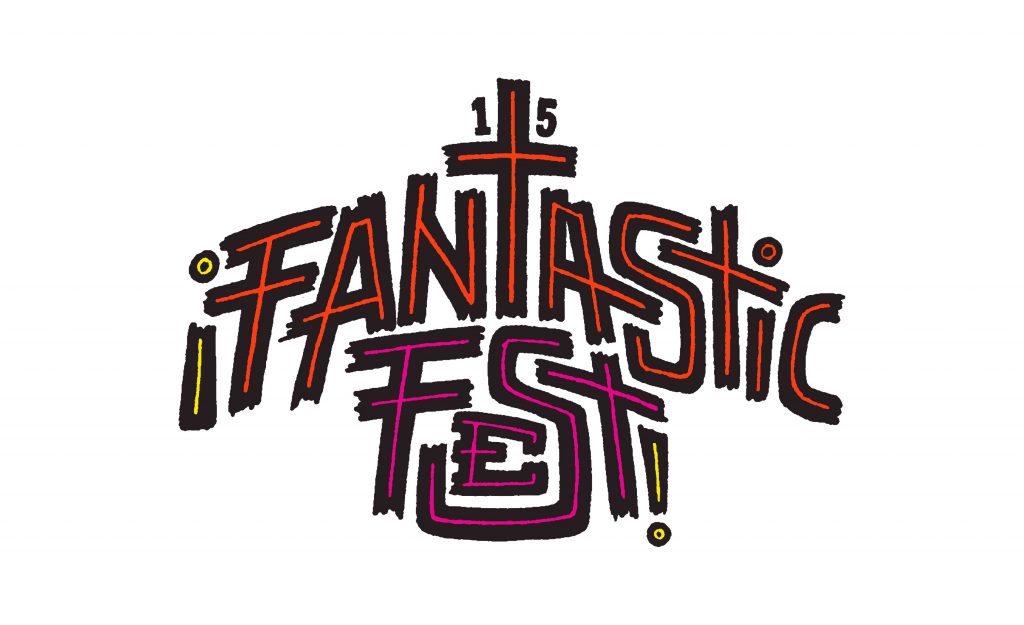 Argentina, Spain, 2019
North American Premiere, 93 min
Director – Mariano Cohn
A 4×4 car will be the battleground between a brash thief trapped inside and the mysterious man who will do anything to keep him imprisoned. 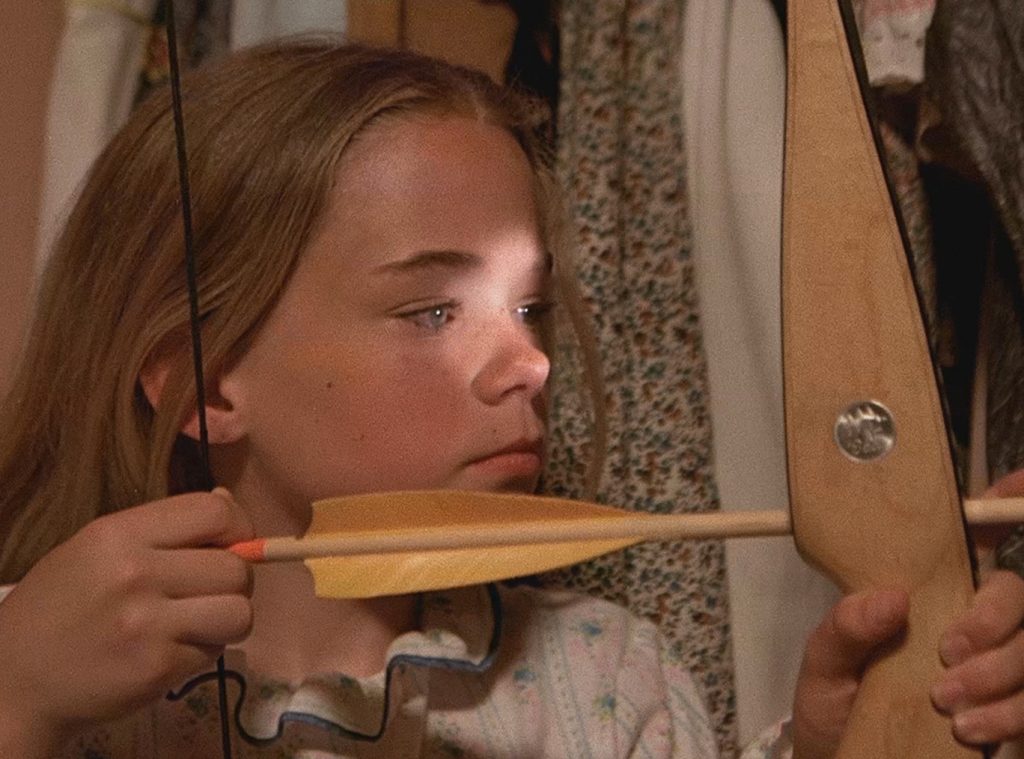 USA, 2019
World Premiere, 95 min
Director – Damien LeVeck
Reverend Max and his best friend Drew have a hit web show where they make a pretty good living faking exorcisms for hundreds of thousands of fans until the evening a real demon takes over and terrorizes their crew.

New Zealand, Canada, Ireland, 2019
Texas Premiere, 94 min
Director – Ant Timpson
When 30-year-old Norval receives a letter from his estranged dad begging him to visit, he is set on a weird path of discovery, unusual encounters… and a lot of violence.

THE DEATH OF DICK LONG

USA, 2019
Austin Premiere, 107 min
Director – Daniel Scheinert
Dick is dead but no one knows how, and Zeke and Earl are desperate enough to go to any lengths to stop anyone from finding out the reason… but a small town in Alabama is not the kind of place where secrets can stay buried for long. Soon all hell breaks loose, engulfing the two men in a reckoning they had never even considered. 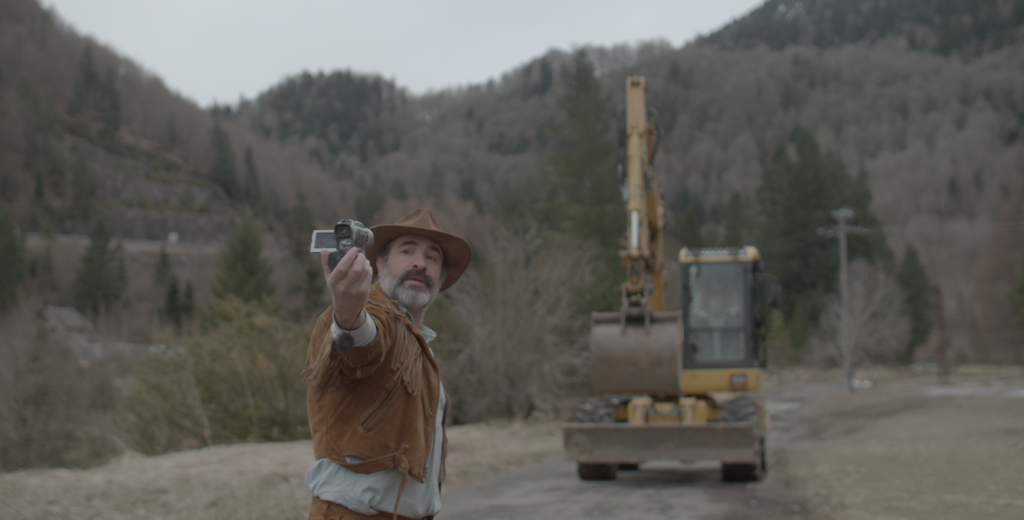 France, 2019
North American Premiere, 77 min
Director – Quentin Dupieux
When Georges buys himself a deerskin jacket, he will find his life on a collision course with madness, crime, and the desire to be the only man wearing an overgarment.

Austria, 2019
North American Premiere, 90 min
Directors – Kelly Copper & Pavol Liška
In this experimental adaptation of an epic Elfriede Jelinek novel, a group of Austrian tourists is killed in a traffic accident before reanimating as zombies and terrorizing a local pub. 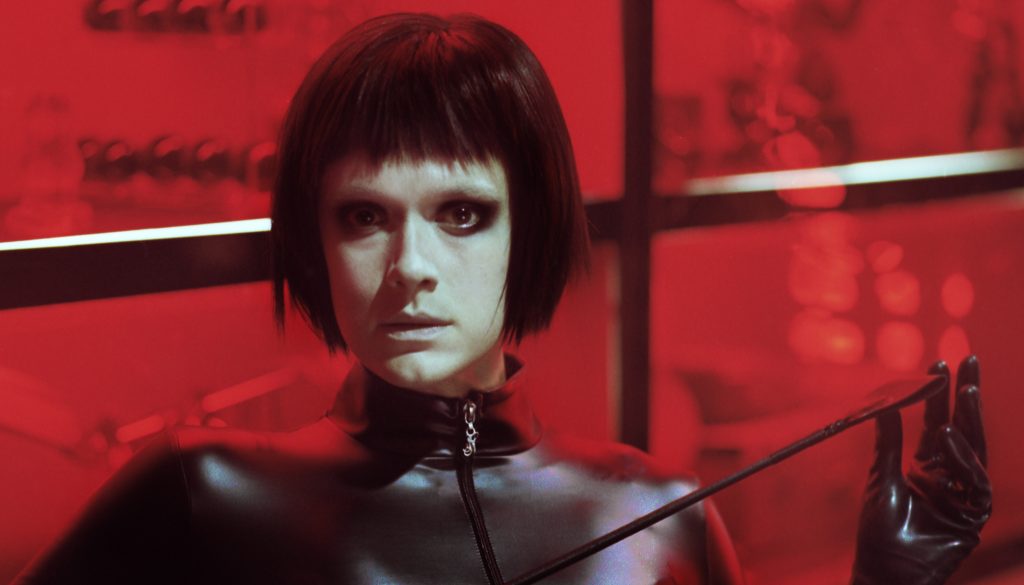 Finland, Latvia, 2019
US Premiere, 105 min
Director – Jukka-Pekka Valkeapää
A heartbroken heart surgeon is introduced to the dark and extreme when his daughter gets her tongue pierced, sending him down a path of pain, dreams, life, love, death, and awakenings. 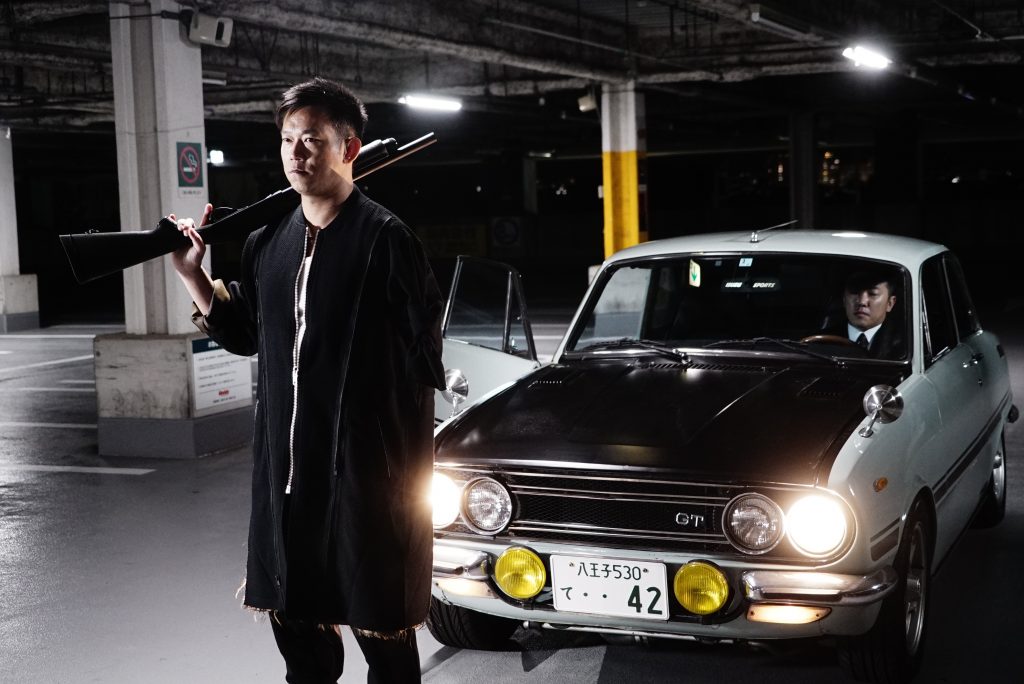 Japan, 2019
US Premiere, 108 min
Director – Takashi Miike
When aspiring boxer Leo discovers that he may not have long to live, he goes all out to help drug-addicted call girl Monica, facing down gangsters, assassins, corrupt cops, and much more over the course of one long night.

USA, 2019
World Premiere, 100 min
Director – Brad Anderson
An unfortunate accident at a truck stop means Ray has to rush his daughter to the nearest hospital for a broken arm, but when his family disappears, he soon finds himself in a frantic fight to discover what happened. 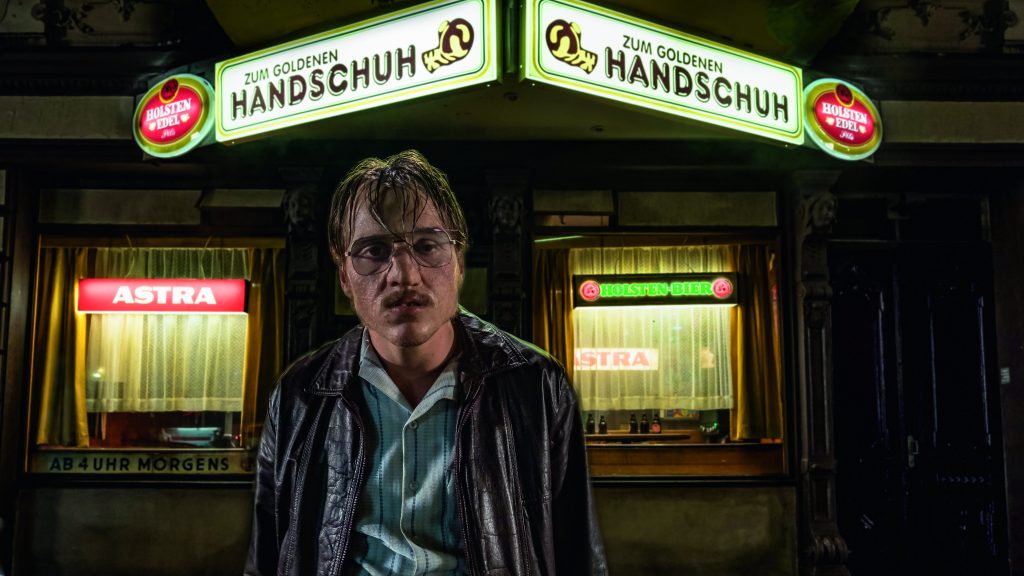 Germany, 2019
North American Premiere, 110 min
Director – Fatih Akin
Based on true events that transpired in the grimy slums of 1970s Hamburg, loner-turned-murderer Fritz Honka stalks his local drinking spot, The Golden Glove, in search of his next victim. 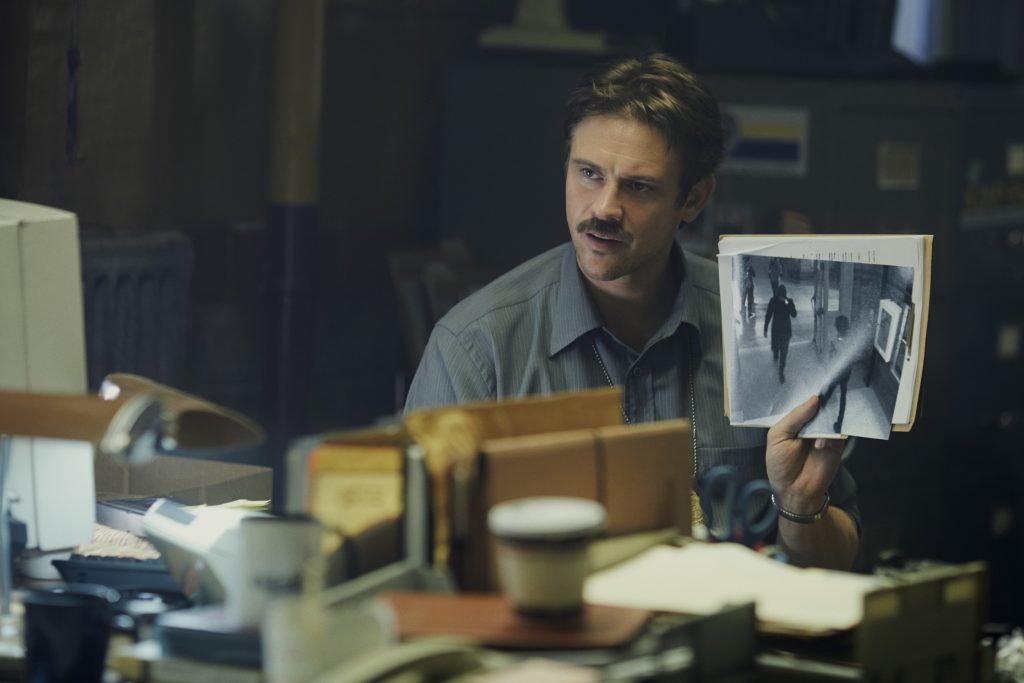 IN THE SHADOW OF THE MOON

USA, Canada, 2019
World Premiere, 115 min
Director – Jim Mickle
In 1988, a Philadelphia police officer doggedly hunts a serial killer whose crimes seemingly follow no pattern, but he hasn’t considered how far the repercussions of his hunt may go. 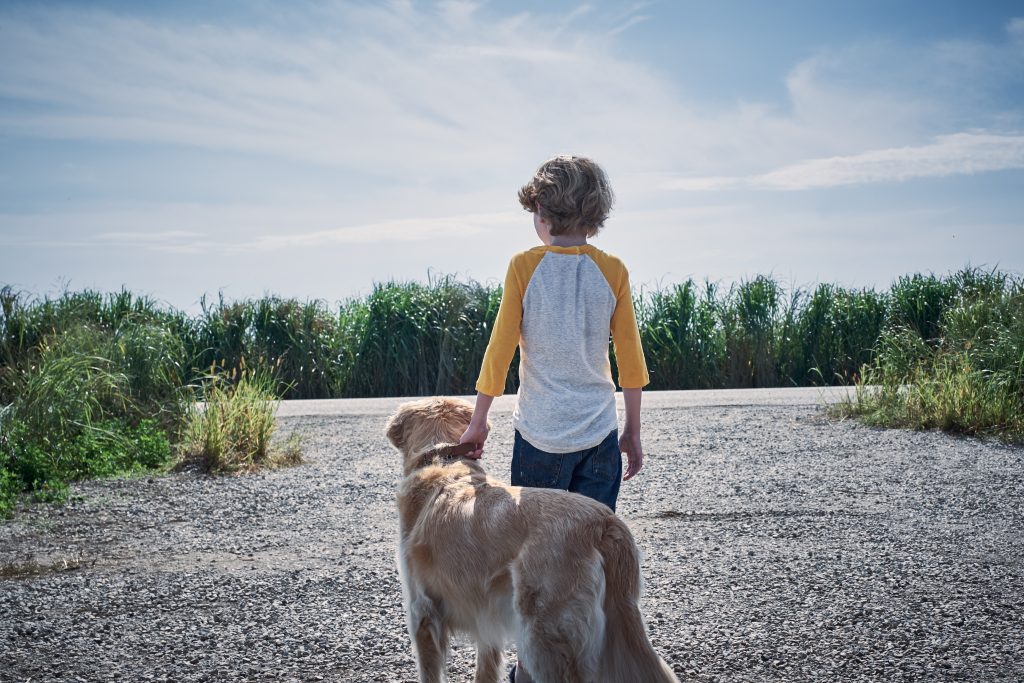 IN THE TALL GRASS

Canada, 2019
World Premiere, 90 min
Director – Vincenzo Natali
Adapted from the eponymous novella by Stephen King and Joe Hill, IN THE TALL GRASS follows siblings Cal and Becky who find themselves trapped within a vast field of tall grass when they venture in to answer the cries of a young boy. 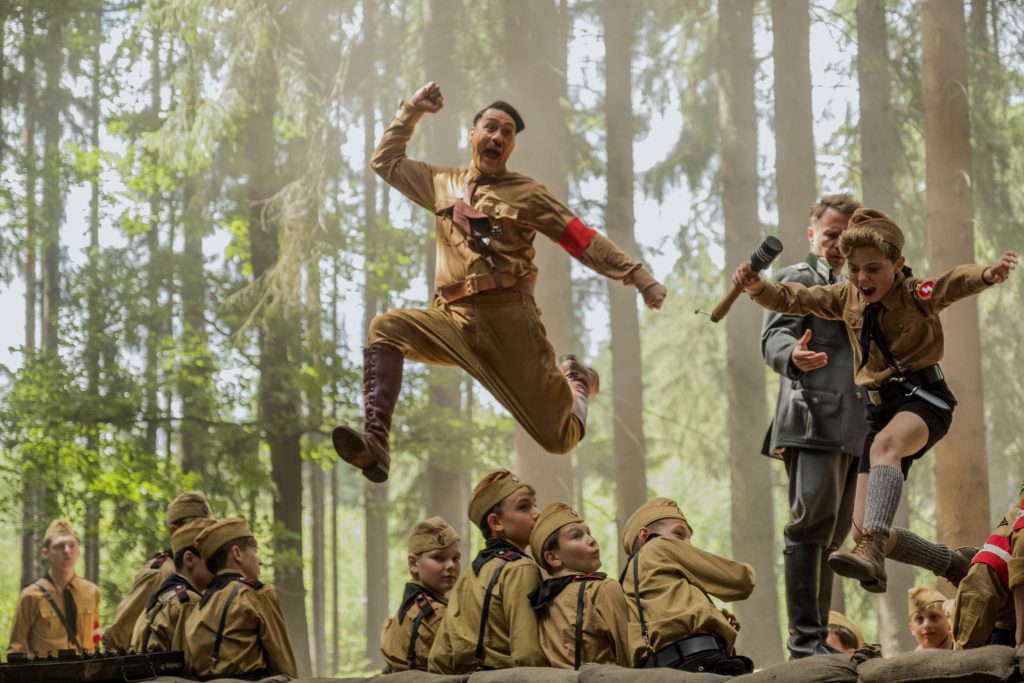 Sweden, Denmark, 2019
Texas Premiere, 86 min
Director – Johannes Nyholm
When a disconnected couple take a camping trip in an attempt to mend their marriage after a tragedy, they find themselves tormented by a peculiar band of misfits. 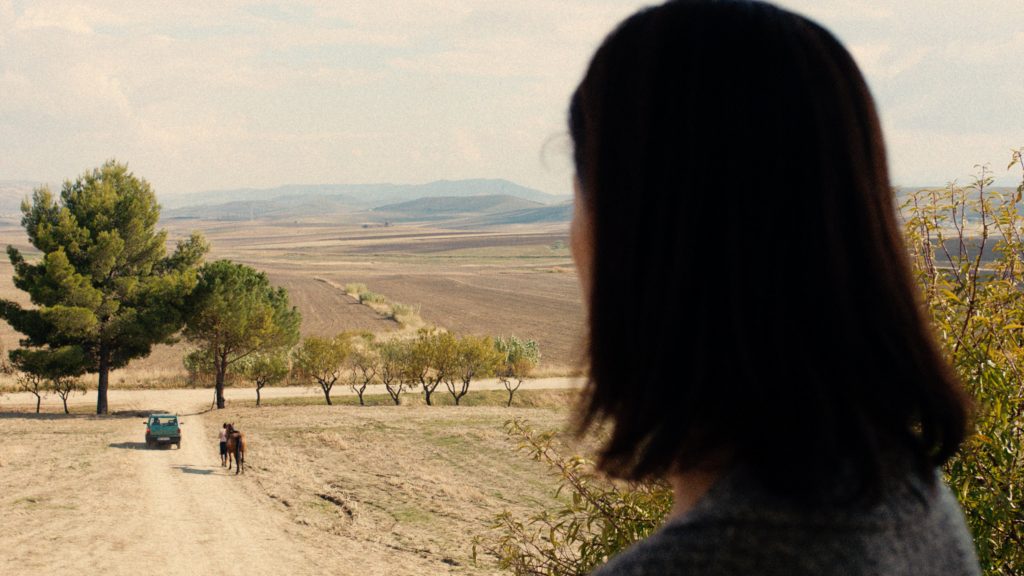 THE LAST TO SEE THEM

Germany, 2019
Texas Premiere, 79 min
Director – Sara Summa
One summer evening in rural Italy, the Durati family is murdered during a home robbery. THE LAST TO SEE THEM chronicles the previous — and final — day of their lives. 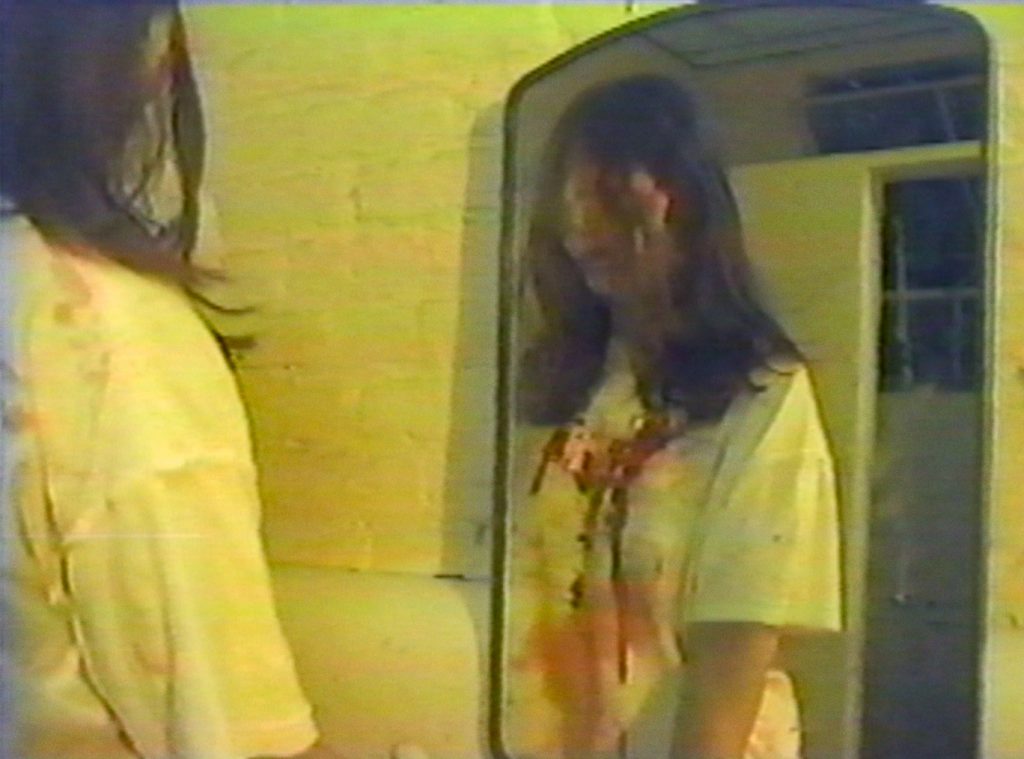 MEMORY: THE ORIGINS OF ALIEN

USA, 2019
Texas Premiere, 93 min
Director – Alexandre O. Philippe
Following up his deconstruction of PSYCHO’s shower scene in 78/52, documentarian Alexandre O. Philippe is back with his analysis of ALIEN, its origins, and the impact of Ridley Scott’s classic sci-fi shocker. 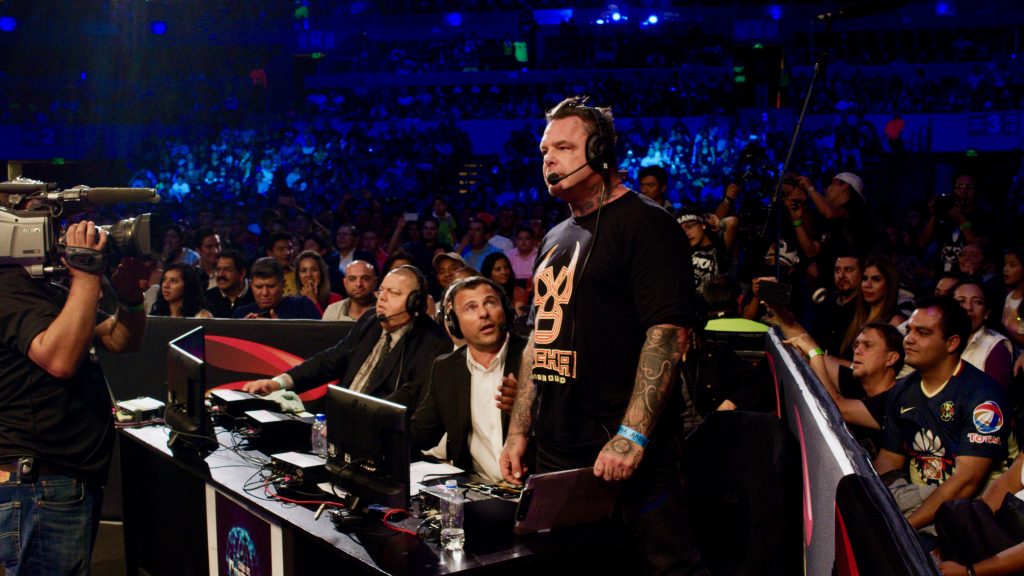 Canada, 2019
World Premiere, 88 min
Director – Michael Paszt
In Attendance – Director Michael Paszt
An intimate and heartfelt look at professional wrestler Vampiro’s past, and his new life navigating the management of a lucha libre federation in Mexico, while raising his teenage daughter in Canada.

Belgium, 2019
World Premiere, 56 min
Director – Peter Van Goethem
In Attendance – Director Peter Van Goethem
In a dystopian society, the population is threatened by a virus eating its way through the brain, erasing memories. After developing a treatment to store and classify memories, the State requires citizens to comply. 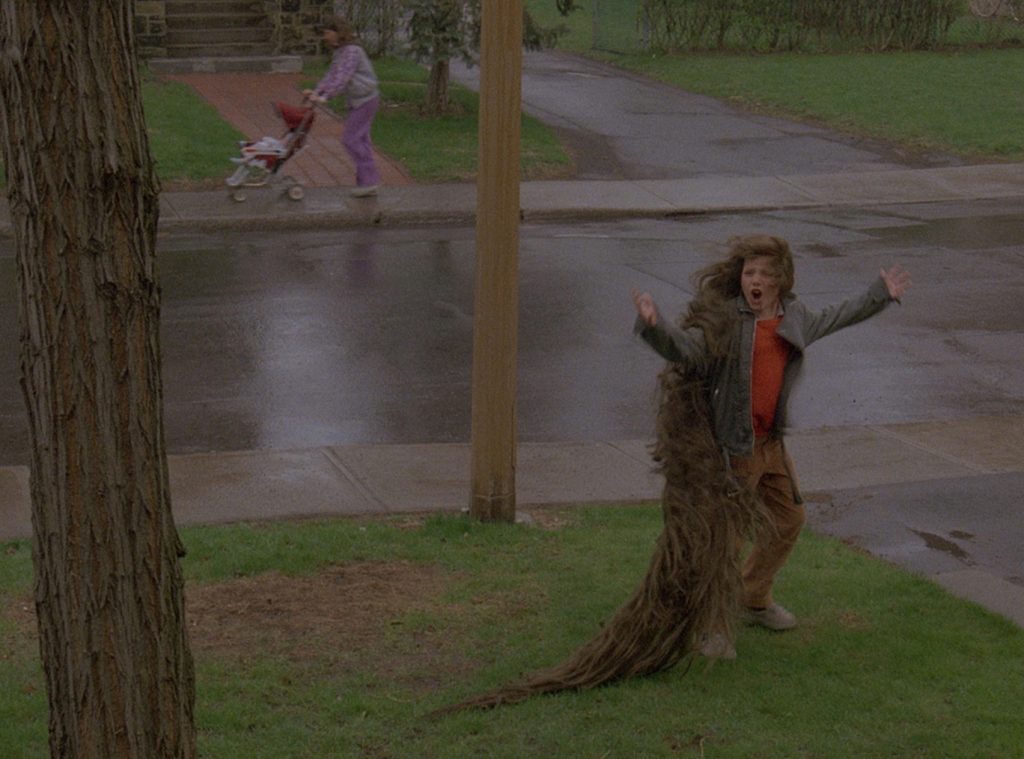 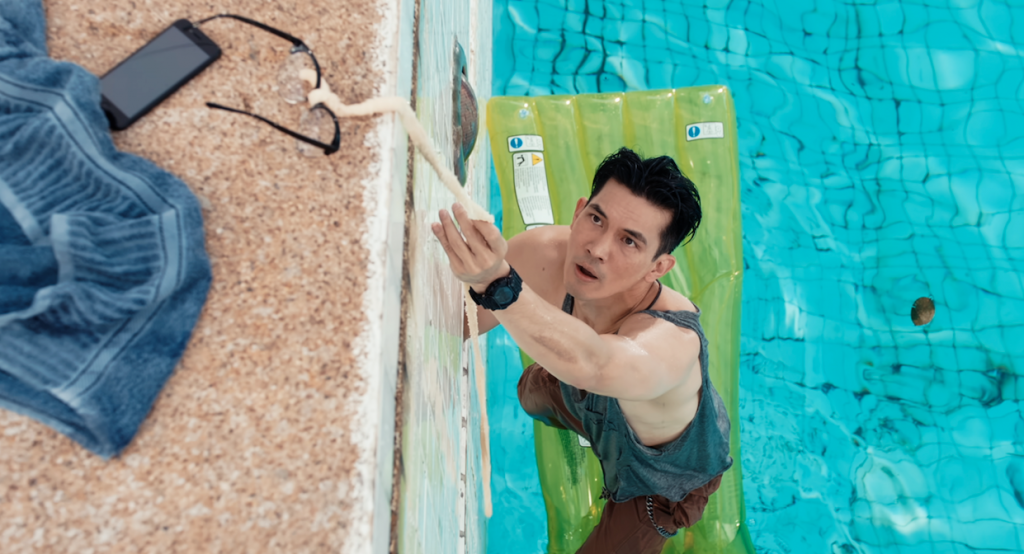 Thailand, 2018
Texas Premiere, 90 min
Director – Ping Lumprapleng
When a dog trainer and his pet finish their commercial gig, it’s time to head home and enjoy a lazy afternoon floating in the pool… until he wakes up to the pool being drained and no way out. 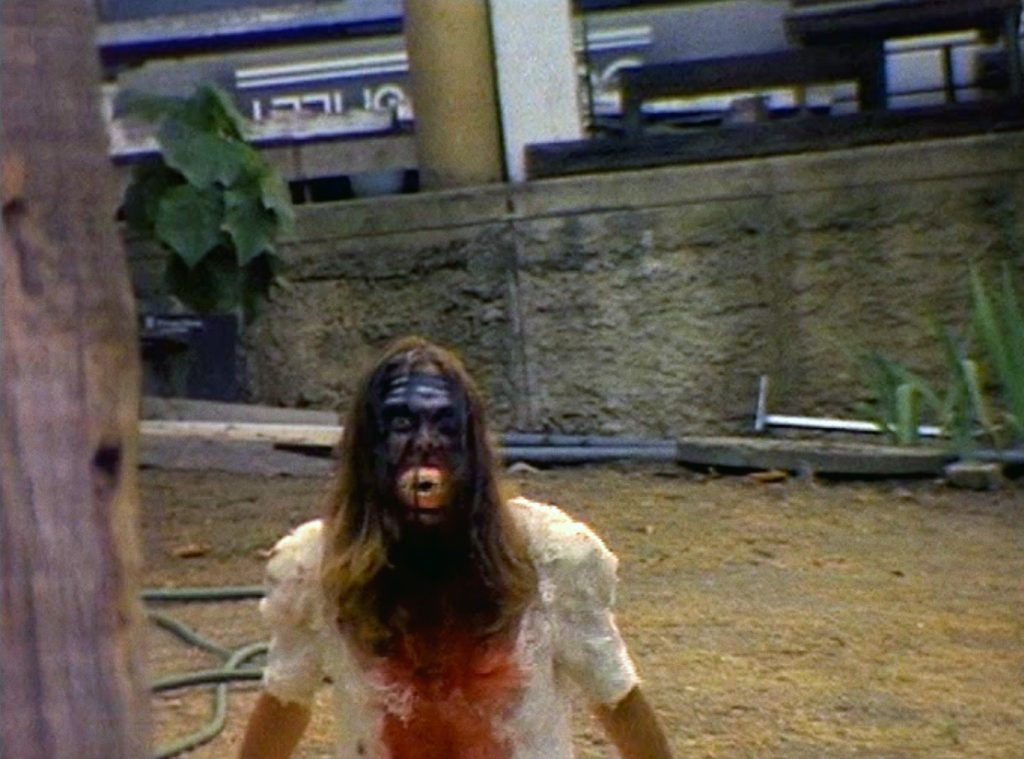 REFLECTIONS OF EVIL: Presented by AGFA

Argentina, 2019
North American Premiere, 83 min
Directors – Macarena García Lenzi & Martín Blousson
When Magdalena returns to Argentina to confront her half-siblings about her share of the inheritance, the stage is set for a family reunion both bloody and brilliant. 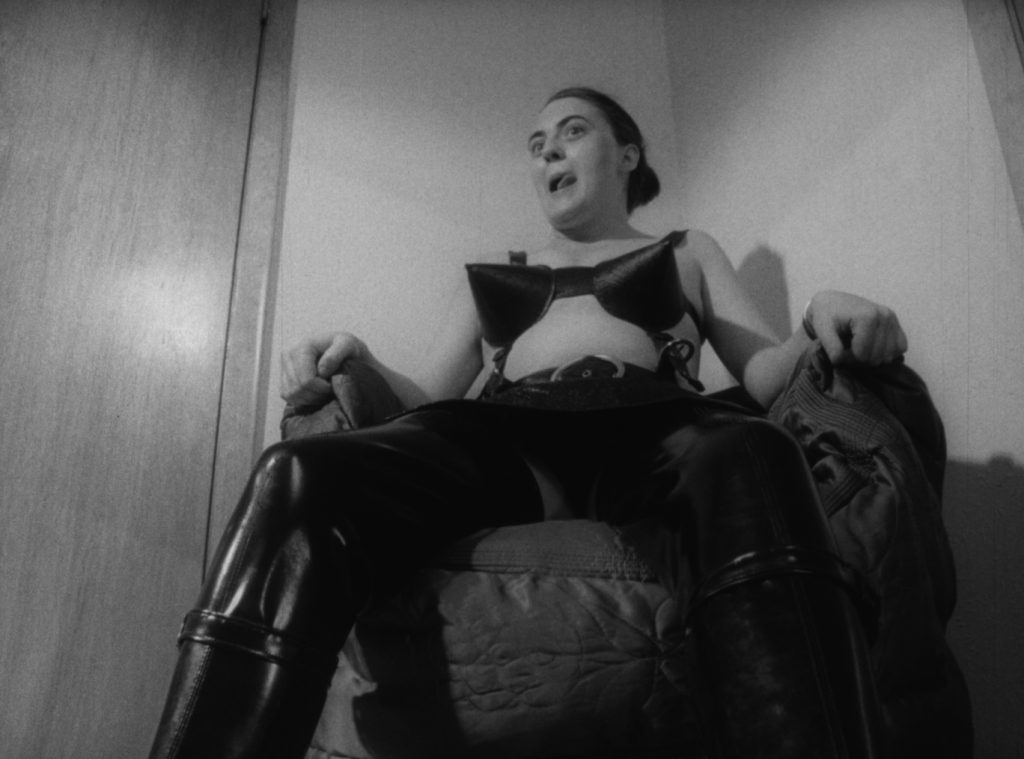 SHE MOB: Presented by AGFA + Something Weird 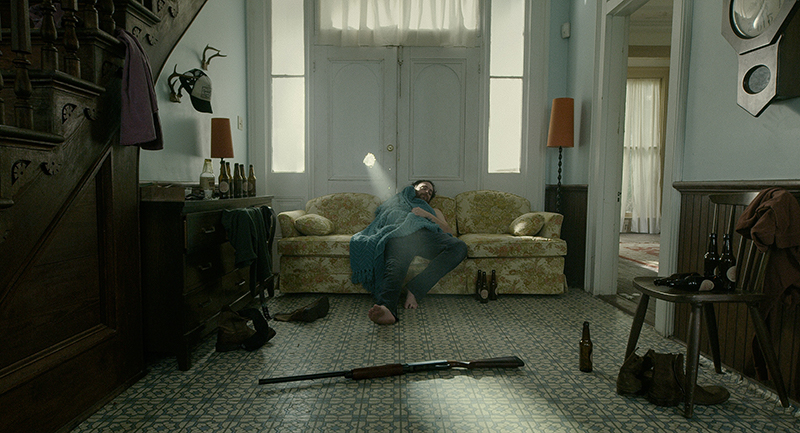 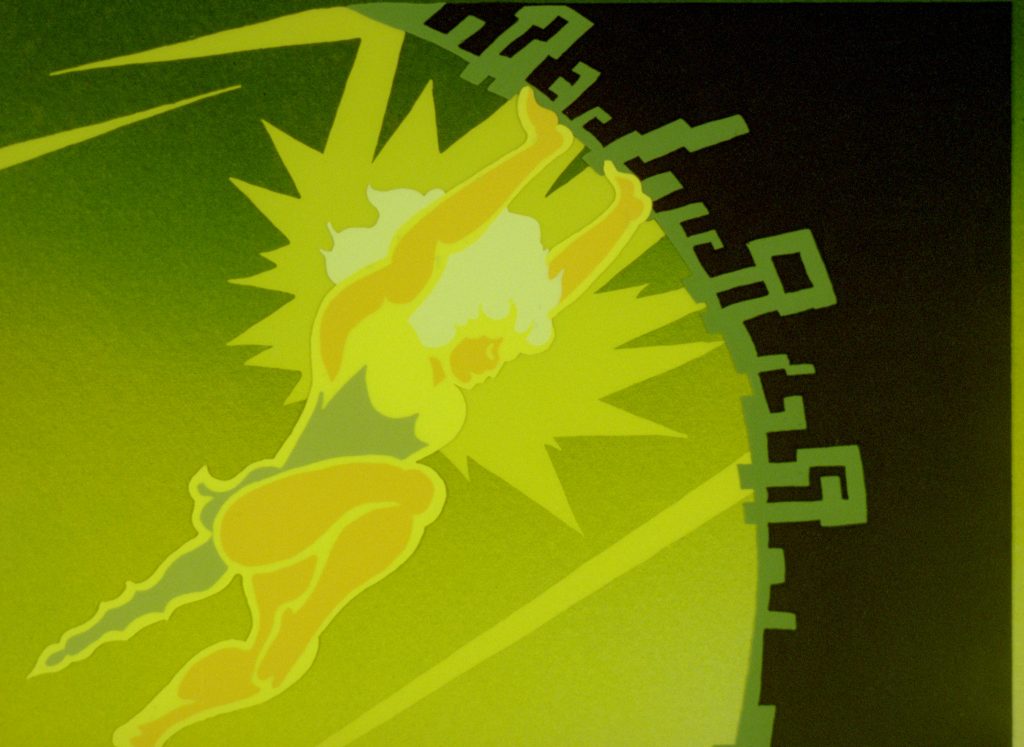 SON OF THE WHITE MARE

Hungary, 1981
US Premiere 4K Restoration, 81 min
Director – Marcell Jankovics
A psychedelic animated cult classic is back on the big screen in this brand-new restoration. Three brothers join forces to restore order in their kingdom, encountering bizarre and mind-bending challenges along the way. 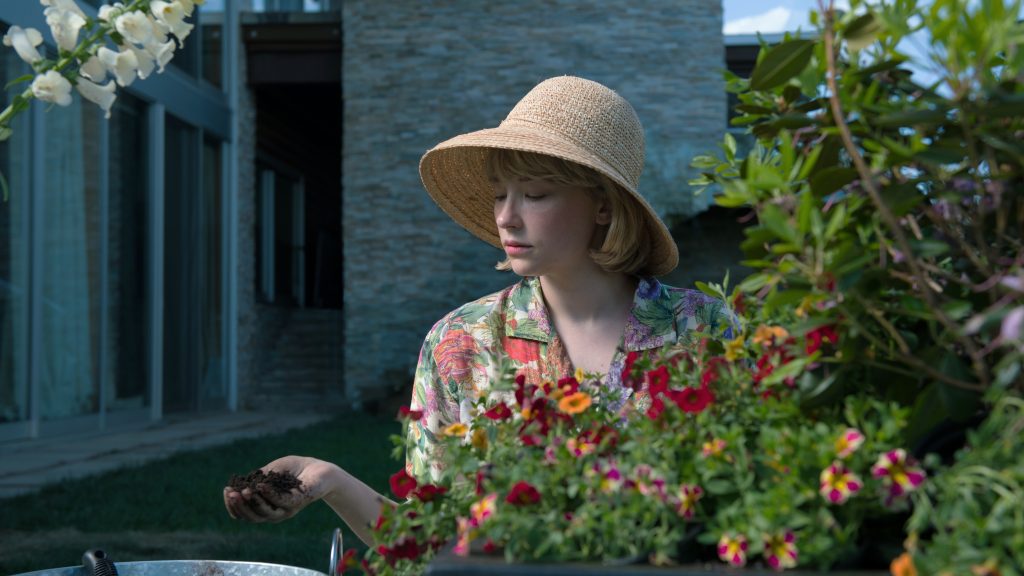 USA, 2019
Texas Premiere, 94 min
Directors – Carlo Mirabella-Davis
Beautiful newlywed Hunter has a perfect home, perfect life, and perfect husband. When the pressure to maintain that perfection builds after the announcement of her pregnancy, she develops an unusual craving: swallowing random household objects. 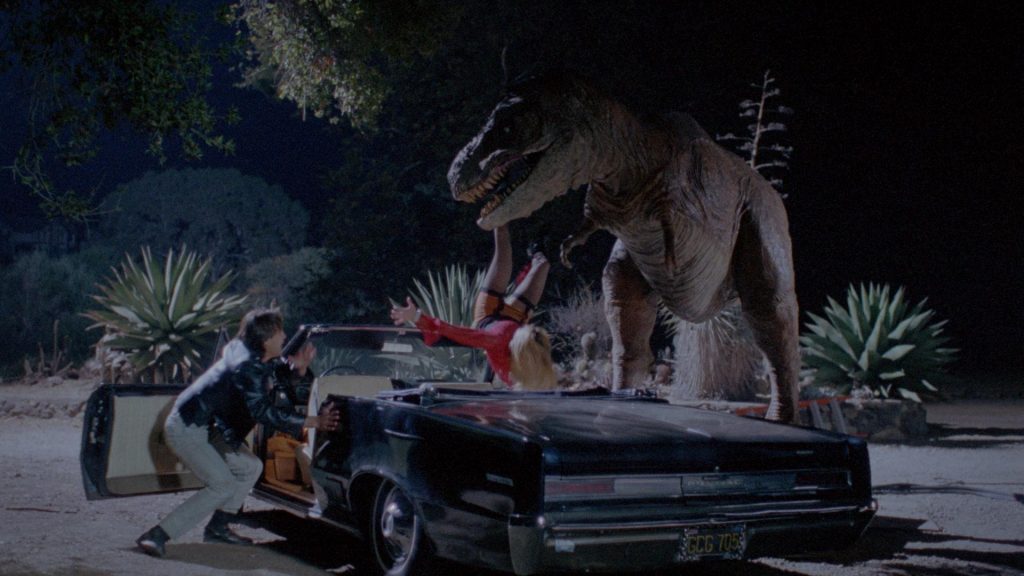 TAMMY AND THE T-REX: Presented by AGFA + Vinegar Syndrome

United States, 2019
World Premiere, 87 min
Director – Gille Klabin
Frank (Justin Long), a bored corporate lawyer, decides to shake it up with a wild night out. In the process, he takes a mysterious drug that launches him into a mind-bending time travel adventure.

WHY DON’T YOU JUST DIE!

Russia, 2019
Texas Premiere, 100 min
Director – Kirill Sokolov
In Attendance – Director Kirill Sokolov
After agreeing to kill his girlfriend’s father, Matvei gets in way over his head when he arrives at her parents’ apartment to learn her dad’s a cop.

USA, 2019
World Premiere, 78 min
Director – Michael Beach Nichols
In Attendance – Director Michael Beach Nichols
Pennywise isn’t real. But Wrinkles is. This documentary explores the story of the infamous freaky clown from Naples, Florida who makes a living being hired by parents to terrorize their naughty children. 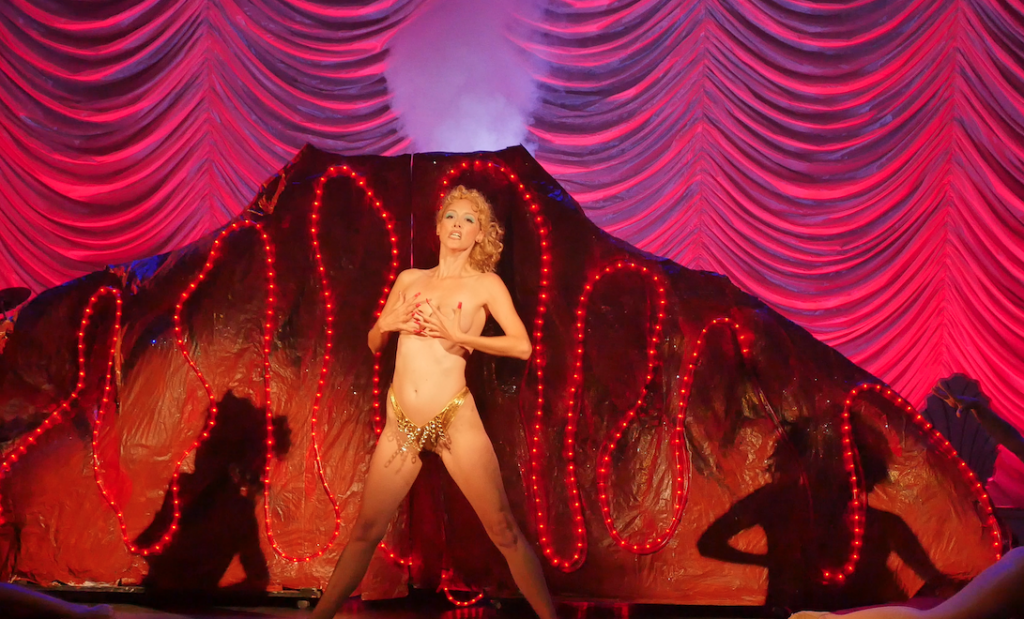