Genre fans all over the world, lend me your ears. CINEPOCALYPSE 2019 is happening in Chicago at the Music Box Theater on June 13th – June 20th. The film festival is Chicago’s premiere genre festival for all things horror, sci-fi-foreign, and fun. There will be eight days of features, short films, parties, and more. This is something you’re definitely going to want to attend if you’re a fan of genre filmmaking, because there will be some never-before-seen vintage films with new R- rated cuts  and brand new world premieres of some of the latest and greatest movies in the horror realm, specifically Glenn Danzig’s ‘Verotika‘.

And yes, it’s that Glenn Danzig from the iconic punk/metal band, as he makes his filmmaking debut with a horror anthology film called ‘Verotika‘. You can expect nudity, horror, and Danzig music here, which just sounds all sorts of satisfying.

In addition to that, there will be a 70mm screening of the original ‘Total Recall‘ with actor Michael Ironside in attendance, which he will be honored with an achievement award at the festival.

Another groovy aspect of CINEPOCALYPSE this year is spotlighting the great women of horror with several horror movies directed by women, including ‘Satanic Panic‘, ‘Culture Shock‘, and ‘The Lodge‘.

You a fan of the band GWAR? Well you’re in luck, because members of the band will be in attendance as well, along with a retrospective of their career, music, and short films, including Rock N’ Roll Nightmare, and Phallus in Wonderland.

Remember the Disney kid film from the 90s, ‘Tammy and the T-Rex‘? Well the festival will be showing that movie, however it will be a never-before-seen R-Rated blood and guts cut of the film in 35mm no less. And yes, this film was directed by the same director as ‘Mac and Me‘. Huzzah!

When not in front of the screen, enjoying your favorite genre films, visit the the bar inside the theater, which has been converted into a ‘Child’s Play‘ themed speakeasy, sponsored by Orion Pictures. There will be themed drinks, arcade games, DJS, live music, and monsters everywhere. I bet you’ll even see the killer-doll Chucky.

Director Joel Schumacher (The Lost Boys, Batman and Robin) will also be in attendance as Jury President and will intro and Q&A screenings of ‘Falling Down‘ and ‘Flatliners‘, which were filmed in Chicago.

This year’s poster was designed by visionary heavy metal artist Paul Romano, whose work can be found on hundreds of album covers and frequently collaborates with famed force of musical destruction Mastodon.

Four childhood friends are reunited when one of them re-surfaces after 20 years, forcing them to confront a creature straight out of a spine-chilling Moroccan legend.

Three friends must use every skill their minds can fathom to stave off a legion of mutating demons overtaking their community. Move over SOUTH PARK, this gore-soaked film is done entirely in hand cut-paper animation.

After losing his family in a most horrific way, a special border agent must investigate a series of deaths involving young children, possession, and an ancient demon named Belzebuth.

A brilliant macabre painter facing the worst creative block of her life turns to every vice she can to complete her masterpiece, spiraling into a hallucinatory hellscape of drugs, sex, and a whole lotta murder. 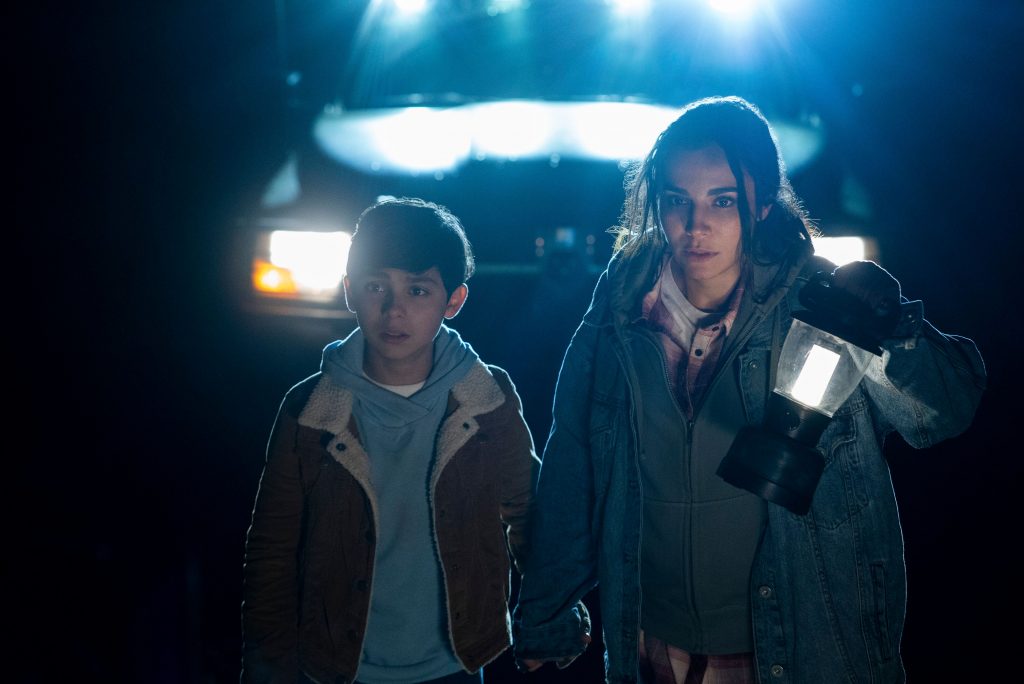 This thriller follows a young woman in pursuit of the American Dream, who crosses illegally into the United States, only to find herself in an American nightmare.

A direct sequel to 2011’s cult classic THE WOMAN, star Pollyanna McIntosh takes over the director’s chair in this coming-of-age shocker with a horror-tinged twist.

The horrors and isolation of being a social media influencer run rampant in DEADCON, when a collection of Youtube and Instagram stars soon discover there are things scarier than thousands of teenagers armed with phones asking for selfies.

An unemployed defense worker, frustrated with the various flaws he sees in society, begins to psychotically and violently lash out against them. Presented in 35mm. 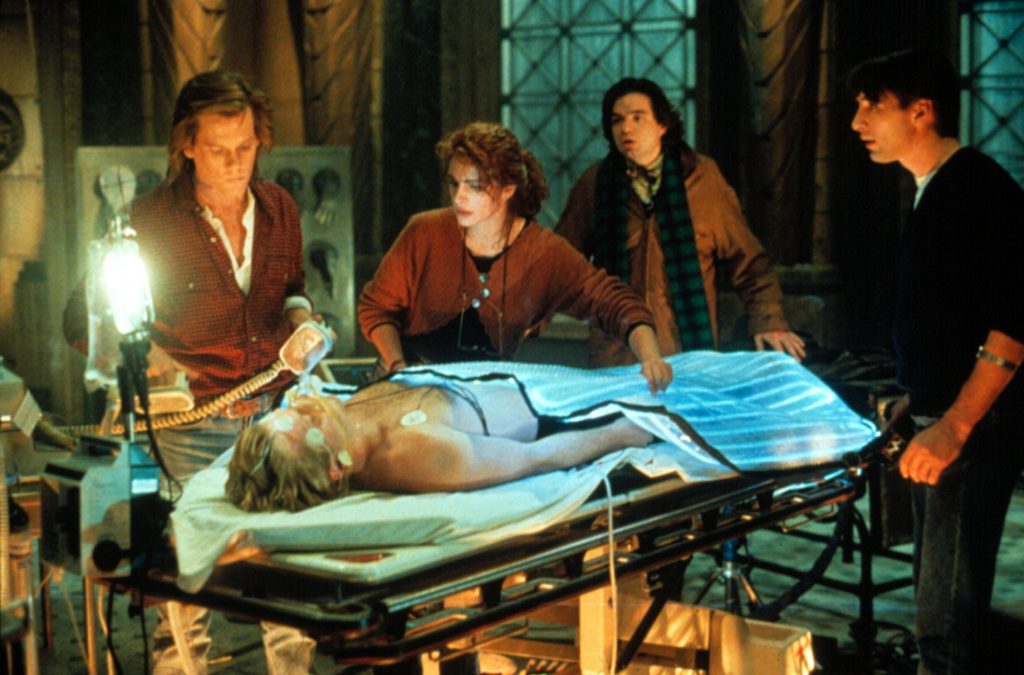 Five medical students experiment with “near-death” experiences until the dark consequences of past tragedies begin to jeopardize their lives. Presented in 70mm

In this horror-comedy bloodbath, four Youtubers with expertise in supernatural events seek recognition from their viewers while solving the urban legend of Bloody Mary. Prepare yourselves for gut-busting hilarity and gore-soaked chaos. 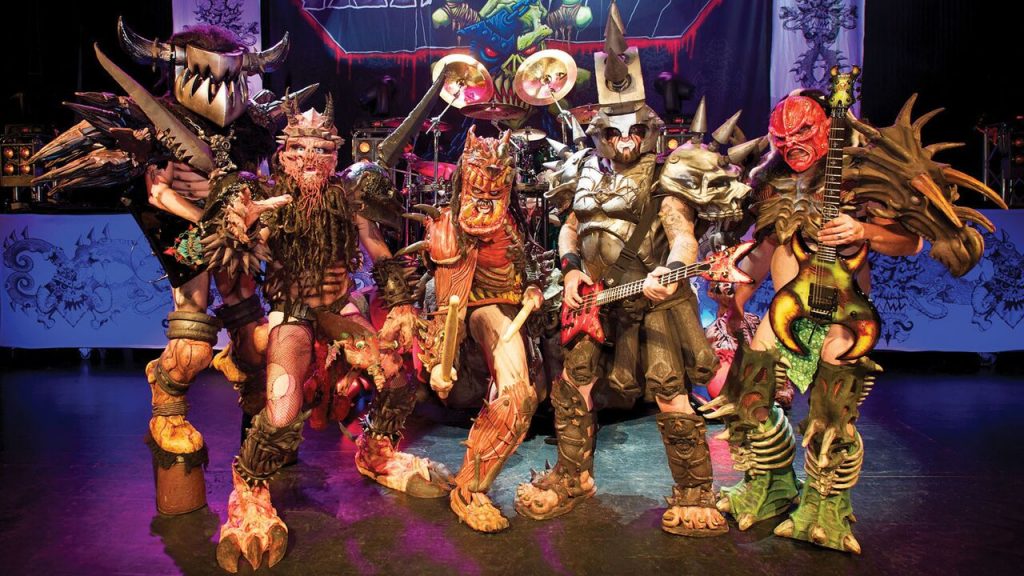 A retrospective of GWAR’s blood-splattered iconic heavy metal career, including the Grammy nominated PHALLUS IN WONDERLAND, followed by a Q&A! 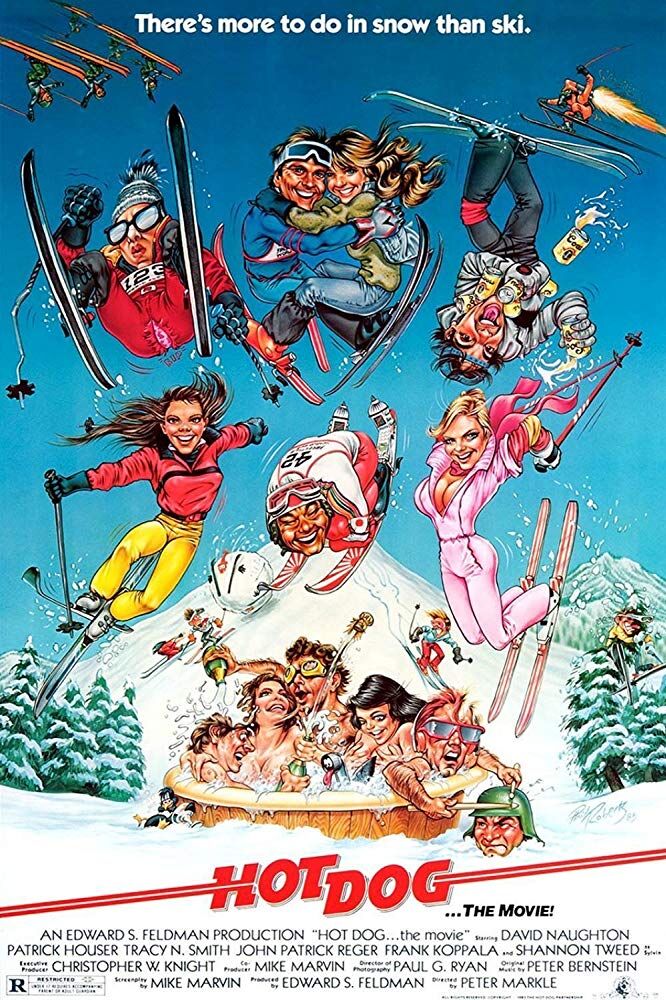 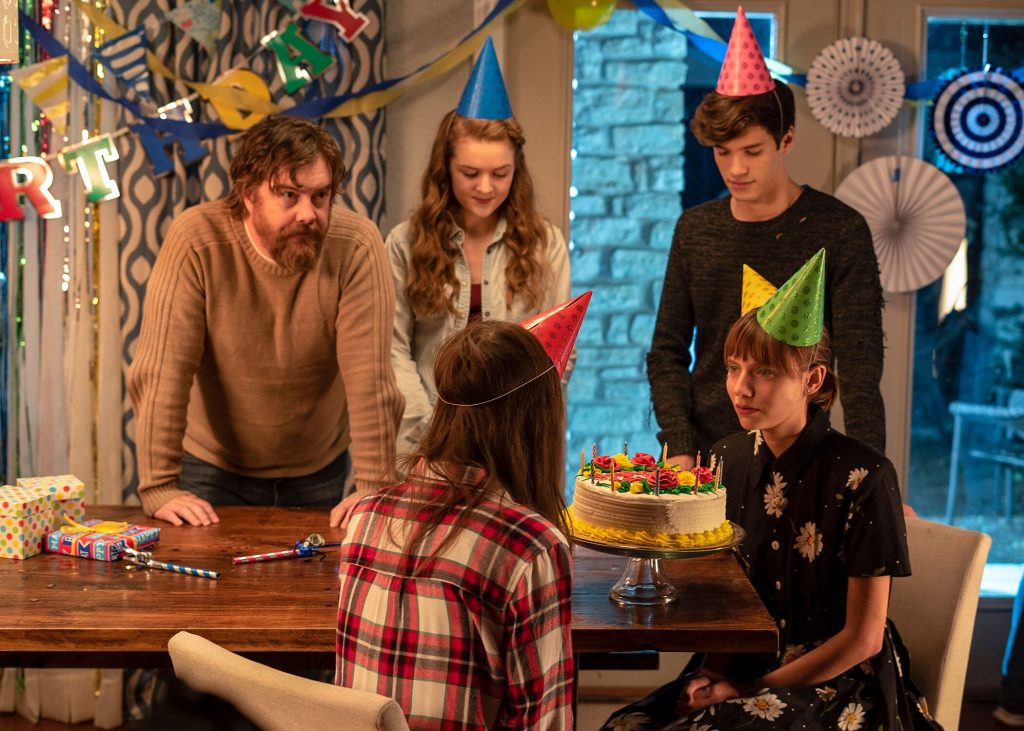 In the latest twisted work from the director of MAY and THE WOMAN, stars Thora Birch, Macon Blair, and Caitlin Stasey shine in this unapologetically dark thriller about a deeply disturbed young woman with a sinister agenda. 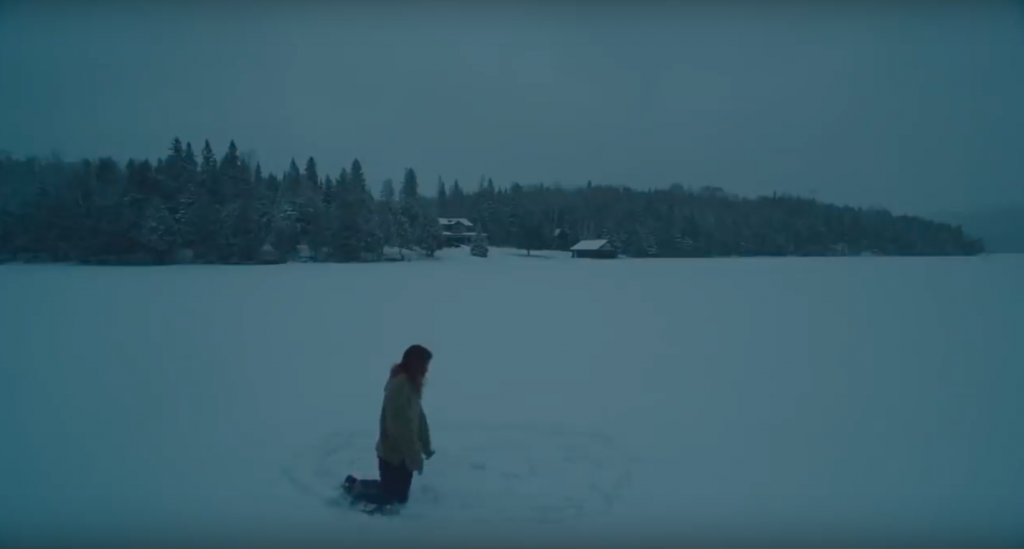 In this psychologically unsettling slowburn, a young woman and her soon-to-be new stepchildren find themselves snowed in at a remote winter cabin. Of course, strange and frightening events take place concluding in a final act that will leave you shaken.

A group of high school theatre students (led by Scout Taylor-Compton), celebrate their final performance of Romeo & Juliet by dying at the hands of a savage killer, in this Chicago-set slasher that gives new meaning to the expression “the show must go on!”

Two knights set off to christen a small pagan village hidden deep within the mountains, using vile methods to take control of the foreigners minds and souls. THE MUTE is a spectacle made of visuals and atmosphere combined to create a thrilling, savage, and mystical epic. 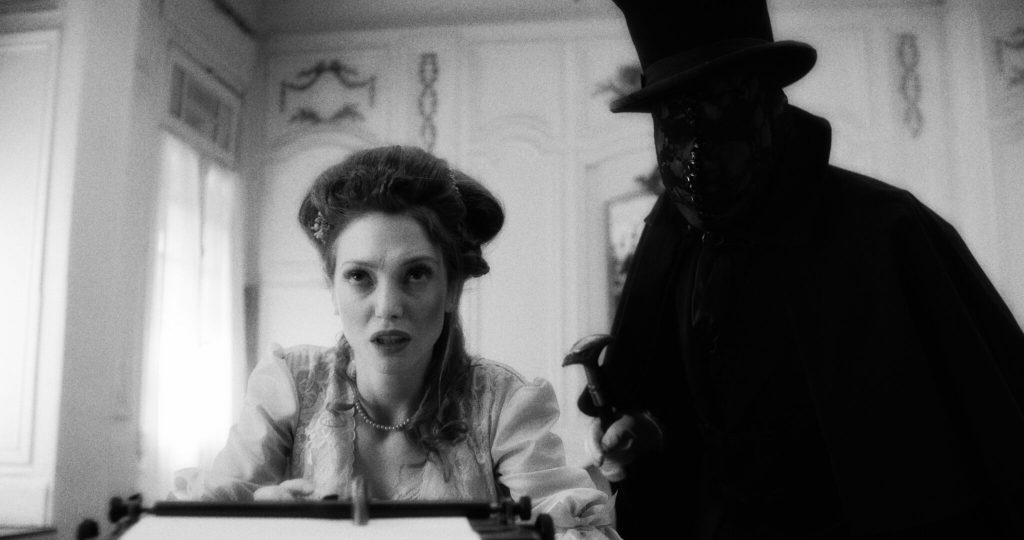 A mystery writer is suspected of murder when a colleague turns up dead in the exact way that is laid out in his latest, highly praised book. To prove his innocence, he must find the real killer, in this stunning B&W throwback to ’40s mysteries and film noir. 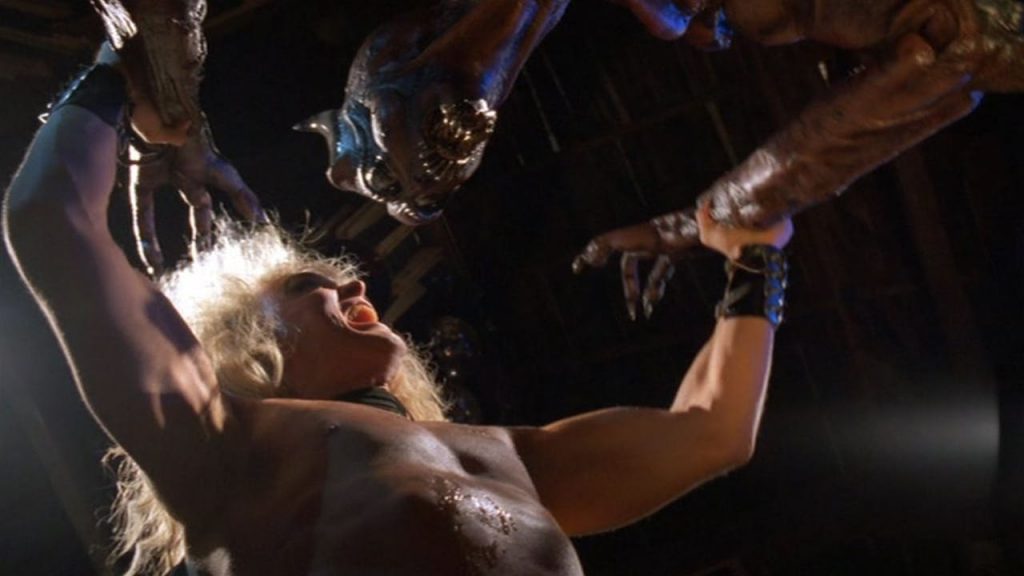 At a farmhouse in the middle of nowhere, a hopeful hair-metal band seeking inspiration to record their new LP will soon find themselves in a furious confrontation with the Prince of Darkness himself, as well as GWAR! 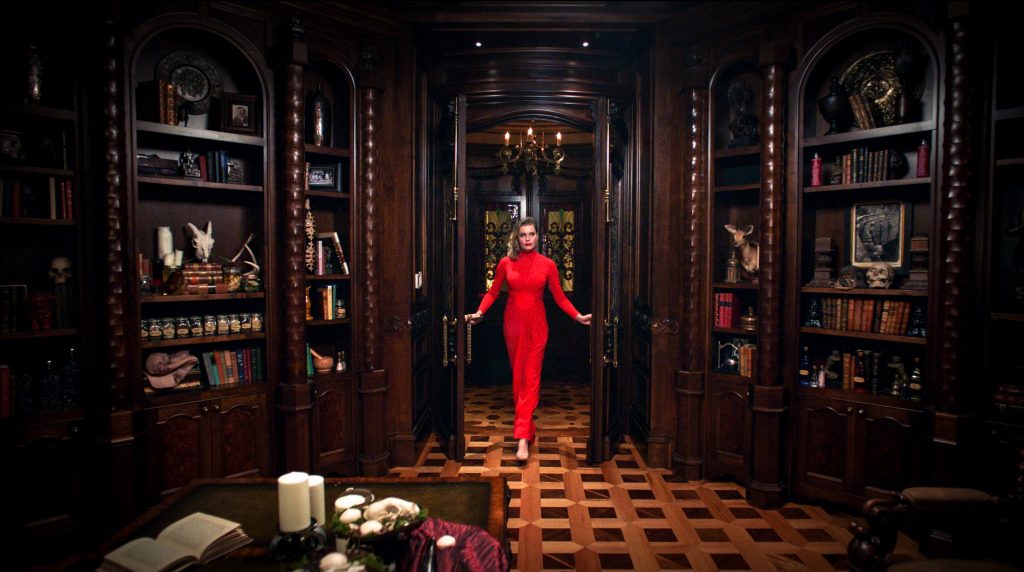 A pizza delivery girl at the end of her financial rope has to fight for her life – and her tips – when her last order of the night turns out to be to a group of high-society Satanists in need of a virgin sacrifice.

Holly seems to have it all, but there are troubling signs that all is not right as her life begins to spiral out of control. Both a stellar portrait of depression and a horrific drama, this haunting update on a classic tragedy comes from a new writer/director raised on the films of Bergman, Polanski, and Hitchcock. 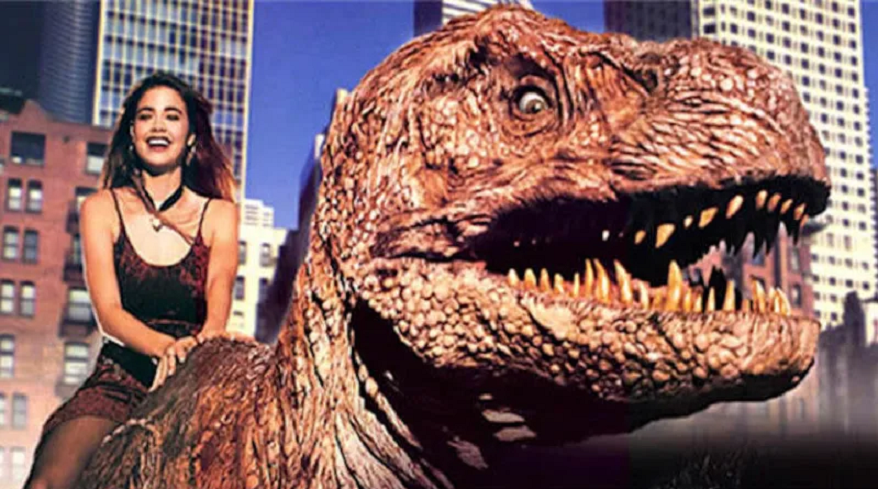 From the director of MAC AND ME, comes a love story like no other. Starring DEnise Richards and the late great Paul Walker. Oh, and of course a T-Rex.

“See you at the party Richter”. Villain extraordinaire Michael Ironside in attendance for one of the greatest sci-fi action films of all time! From filmmaker Paul Verhoeven and starring Arnold Schwarzenneger. You know this one! 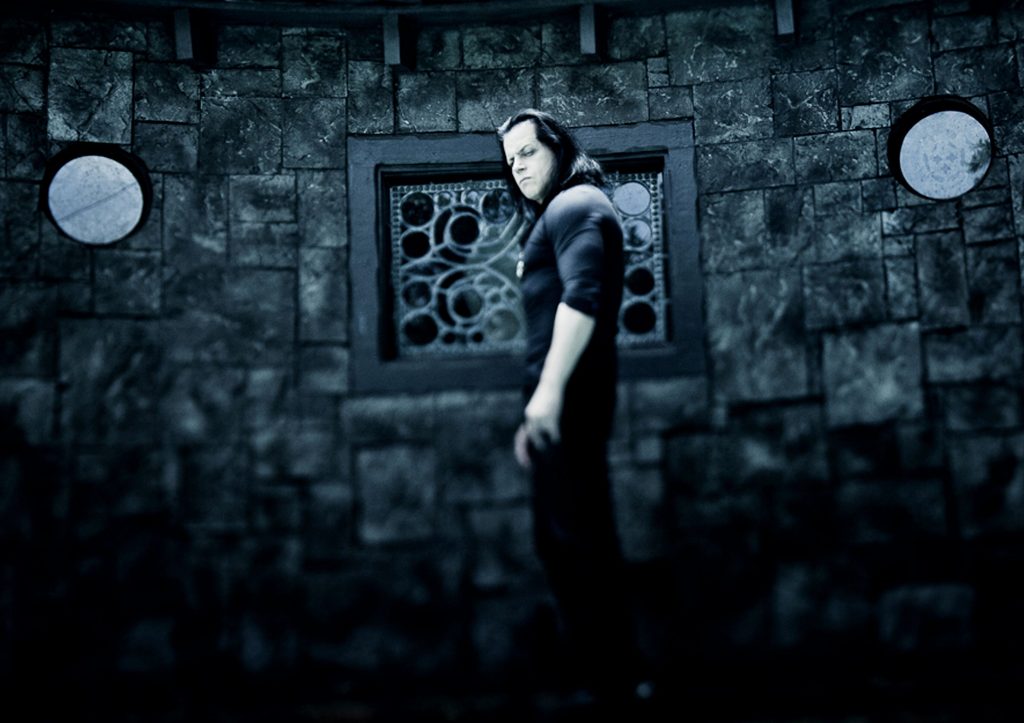 Featuring a plot shrouded in secrecy, a soundtrack composed entirely of new Danzig music, and based on the output of his long-running, mature comic book publishing company Verotik—a compound of “violence” and “erotic”—this feature film anthology is Glenn Danzig’s directorial debut!

When a pair of painfully amateurish criminals break into a suburban home, they stumble upon a dark secret in the basement that two sadistic homeowners will do anything to keep from getting out in this black-comic thriller.

A detective brings together a terrible group of people in his apartment, each one of whom has a reason to want revenge. With plenty of dark Russian humor, this rip-roaring rampage of violence and gore plays more as an evil Looney tunes than your basic gross-out experience. Presented by L’Etrange Festival in Paris.