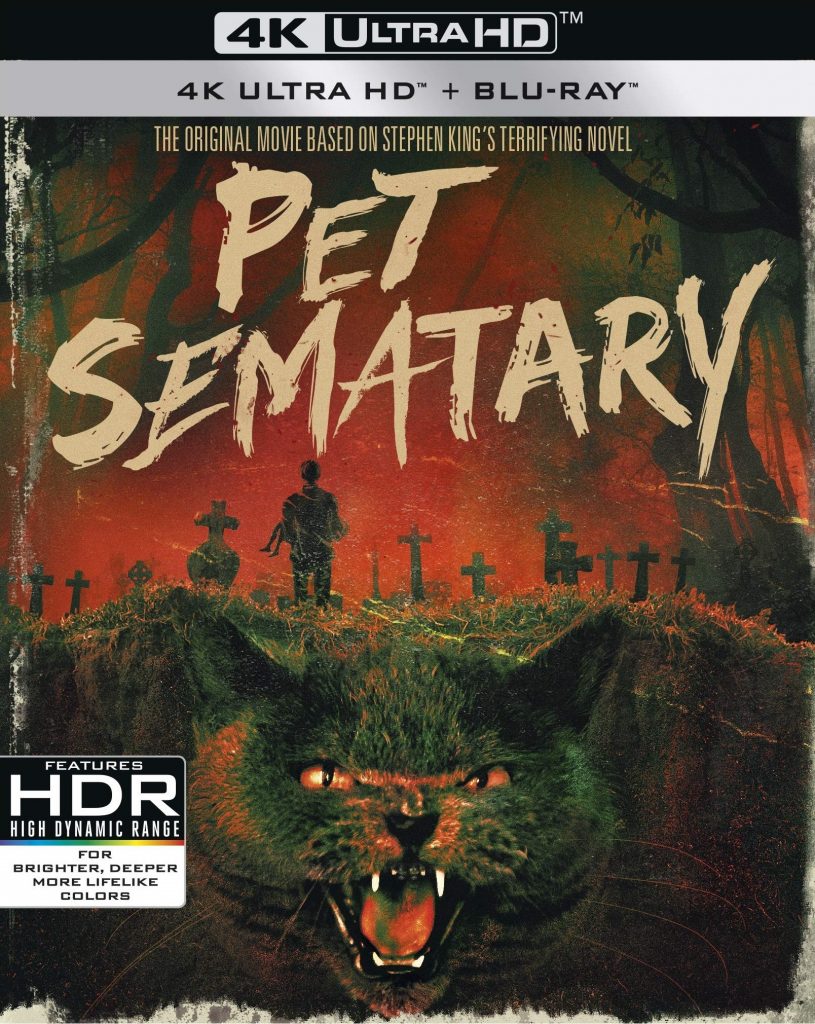 ‘Pet Sematary‘ comes back to life with a brand new 2160p 4K UHD image with Dolby Vision and looks and sounds excellent. It’s like watching the film all over again. Stephen King’s excellent novel was adapted in 1989 by director Mary Lambert that focuses on the Creed family moving to the country for a better life where loss, death and family all play a gruesome and horrific part. There are new bonus features as well as some vintage extras imported over here. What an amazing release. Highly Recommended!

Stephen King has changed the literary and film world over the course of the past few decades with his scary-as-hell stories, films, TV shows, and more. In 1989, filmmaker Mary Lambert set out to adapt King’s novel ‘Pet Sematary‘, which was no easy feat given the subject matter, but she succeeded in full with a horrific film that still holds up today with great performances, excellent camera work and great visual effects. I would go as far as to say some of the scariest scenes in movie history come from this story and movie too, but we will get to that later. Still, ‘Pet Sematary‘ is a beloved horror classic that still evokes some visceral reactions that are relevant today.

The movie follows the Creed family, which is headed by Louis Creed, a doctor who movies his wife and two young kids, and their pet cat named Churchill to the country in order for a better and more successful career at the local university. Their new country house is on many acres that includes a mysterious path that leads to a Pet Sematary, where many pets have been buried. All seems good and quaint, but when the pet cat has an accident, Louis decides to bury the cat in the Pet Sematary, much to the chagrin of his new elder, widowed neighbor Jud, who tells Louis that the Sematary has a magical presence that can bring back the dead. The Catch-22 is that they come back not as their formal personalities, but as something much more sinister. This is a prelude as to what is to happen as another family member has a tragic accident and due to the grief of the incident, is buried in the Pet Sematary and brought back to life. 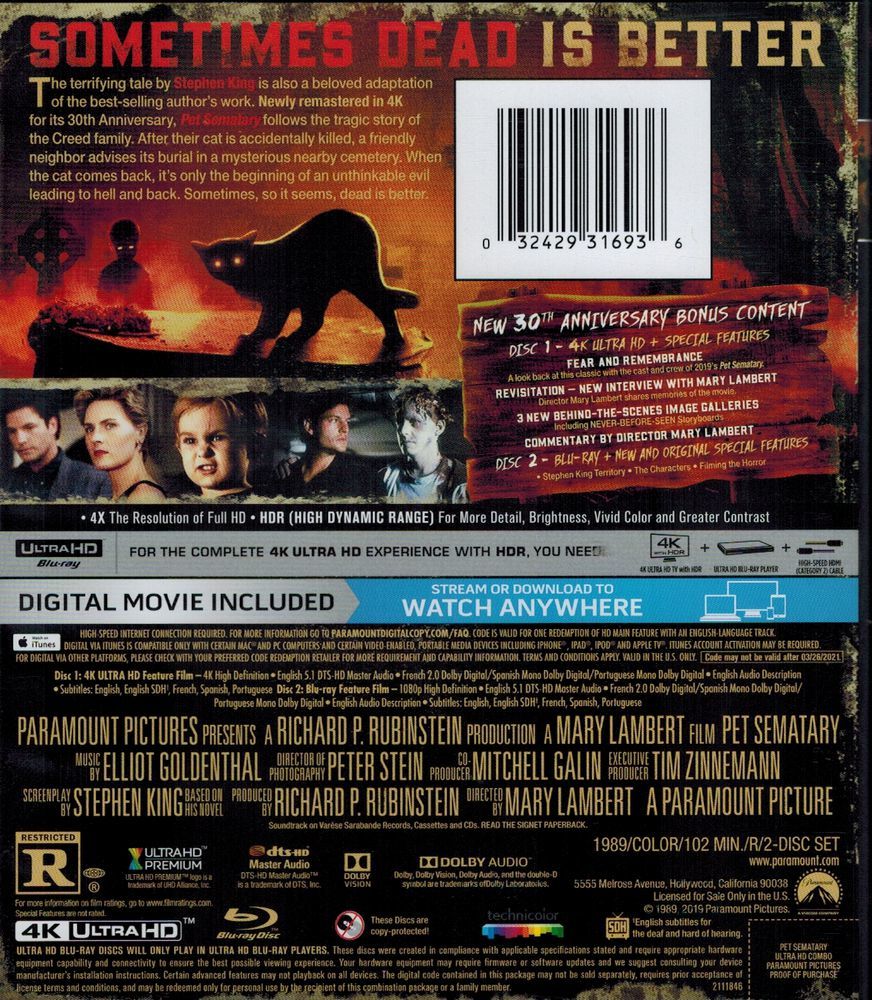 What is so amazing about this story is that realistic reactions and emotions that the Creed family show and emit are truly amazing and at the same time, very sad. Dealing with the loss of a close loved one or even a child can be the worst thing to ever go through in life. You might not be in your right state of mind and might even resort to drastic measures if there was a way to spend one more minute with the deceased loved in question. That’s what Louis Creed does in Pet Sematary so well is have these mental breakdowns of sadness, which leads to madness, forwarding the horror of it all. It’s such and amazing story that is told very well here with excellent performances from everyone involved.

Another great side story in the film is that of Louis’s wife Rachel, who is dealing with demons from her childhood, specifically that of her very ill sister Zelda who she has to take care of. This is something that is a child’s worst nightmare and will leave you keeping the lights on for days on end with the sight of Zelda. Truly horrifying stuff here. Not to mention Louis’ vision of a dead patient from his past that keeps haunting/helping him with his decisions. ‘Pet Sematary‘ is still a fantastic film that conjures up some excellent scares, tragic tones and themes that are all too realistic. Stephen King’s story still holds up today and is a wonderful and terrifying movie. 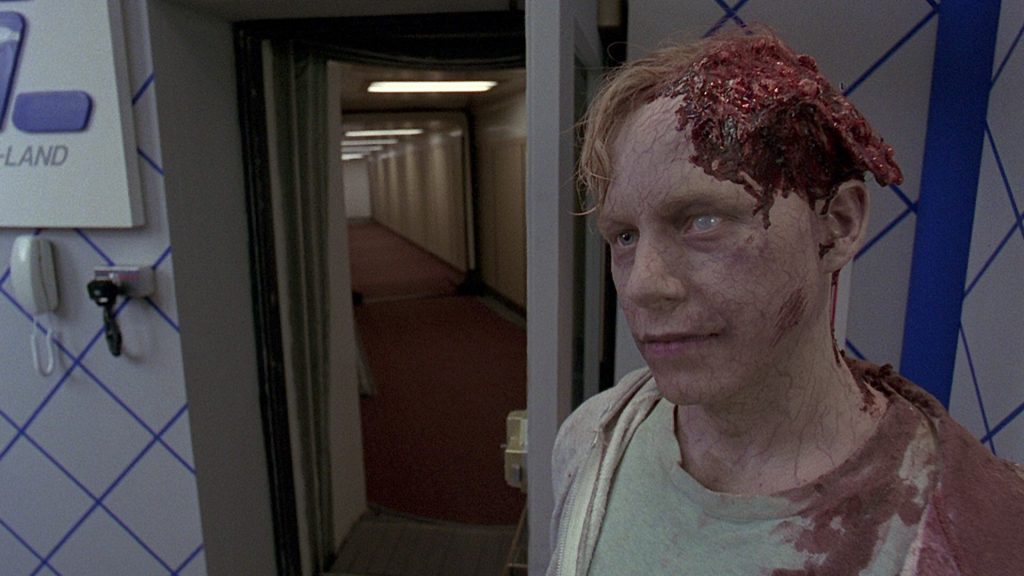 Pet Sematary comes with an impressive 2160p UHD transfer with Dolby Vision and is presented in 1.78:1 aspect ratio. This movie has been released a few times over the years, but this 4K UHD presentation is the best yet. This is a solid upgrade from the previous 2012 Blu-ray and even from this year’s Blu-ray in detail and Dolby Vision color. Right from the start, you can tell this video presentation has a much bolder and richer color palette. The green in the trees where the Creed family moves to are luscious with a variety of green leaves, where some are full of life, and others look decayed. Blue skies are beautiful and the country houses all have that warm color palette as well. The browns, oranges, and reds inside the house look excellent as well.

Churchill the cat has a fantastic black coat of fur too. Blood has a haunting red to it and Chruchill’s bright green eyes after his tragedy are fantastically bright. The Dolby Vision enhances the color scheme here with better black levels and more natural interiors of the houses and even in the woods where the Pet Sematary actually is. What a wonderful color presentation. As far as the detail goes, you can tell that this 4K UHD image has an amazing filmic grain to it that is stable and steady at all times, without a digital sheen to it. The nuances of the antique looking country houses showcase the details in the wood and bricks very well.

In the Pet Sematary, I can distinguish the wood bark on the trees as well as the intricacies of the stones and headstones very well. The gore is fantastic as well with practical effects of brains, bones, and blood looking wonderful and real. Again, black levels are deep and inky with no crush and the skin tones are natural when not in the deceased form. Lastly, there were no video issues of aliasing, banding, or video noise, leaving this 4K UHD video presentation with excellent marks. 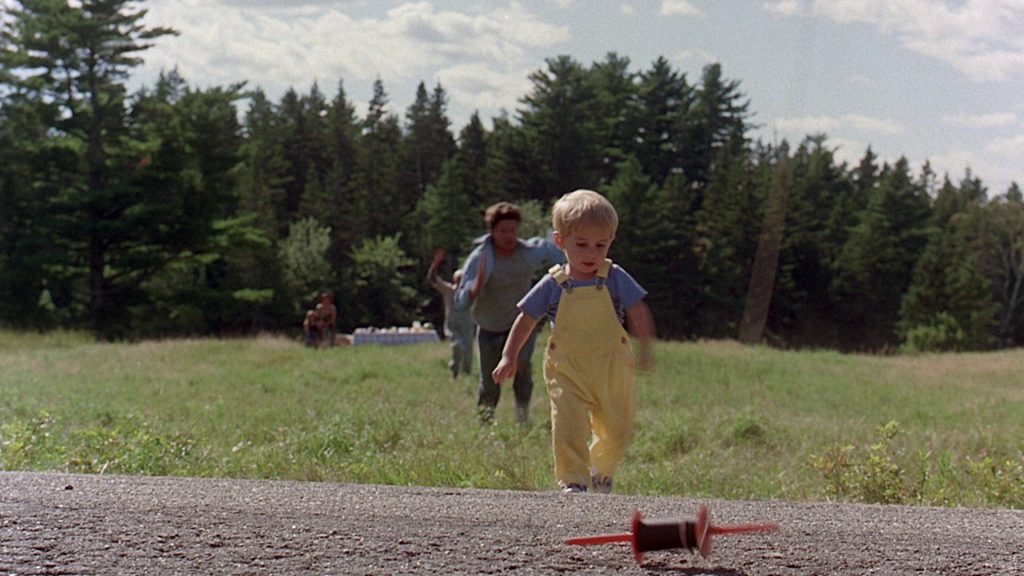 Pet Sematary comes with a great lossless DTS-HD MA 5.1 mix and sounds wonderful. There is no Dolby Atmos track though. Still, the audio mix is strong and robust on all accounts. The ambient noises and atmospheric sounds of the new country life for the Creed family sound full and come through the surrounds quiet nicely. Birds, bugs, wind, trees rustling all sound great here with a well-balanced volume.

Sound effects are aggressive and forceful when they need to be, including the 18 wheeler trucks that pass by on the road, which can cause some jump scares and a low end of bass that rumbles for a second. When inside the Pet Sematary, the score allows for some haunting music, which always adds a sense of dread and bass to the soundscape and never interferes with any other sound aspect. Dialogue is always crystal clear and easy to follow, and free of any pops, cracks, hiss, and shrills. 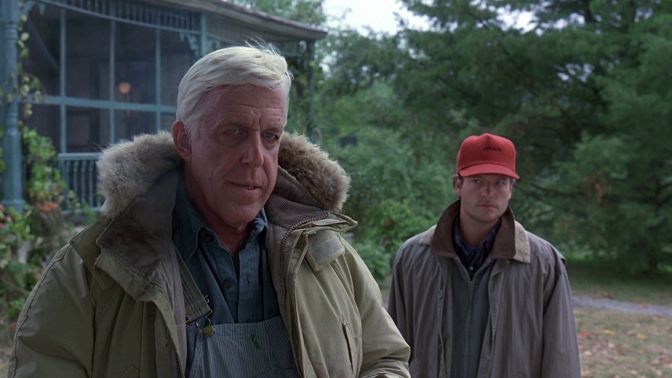 There are some new bonus features with his release along with some vintage extras, which all are worth your time, including new interviews, image galleries, behind the scenes, and more.

Pet Sematary: Fear and Remembrance (HD, 8 Mins.) – In a brand new extras, the cast and crew talk about the original film, horror in the 1980s, and the fan’s response to it.

Image Galleries – With a 1 minute intro from Mary Lambert, there are quite a few images from being the scenes images, to storyboards, promo artwork and more.

Stephen King Territory (SD, 13 Mins.) – Stephen King and other cast and crew talk about the inspirations for the novel and story, shooting on location, production design and the Pet Sematary itself.

The Characters (SD, 13 Mins.) – King, the cast and crew discuss the characters, casting, and more.

Filming the Horror (SD, 11 Mins.) – Mary Lambert talks about working with Stephen King, shooting the scary moments with the kid actors, invoking the themes and tone of the novel and more. 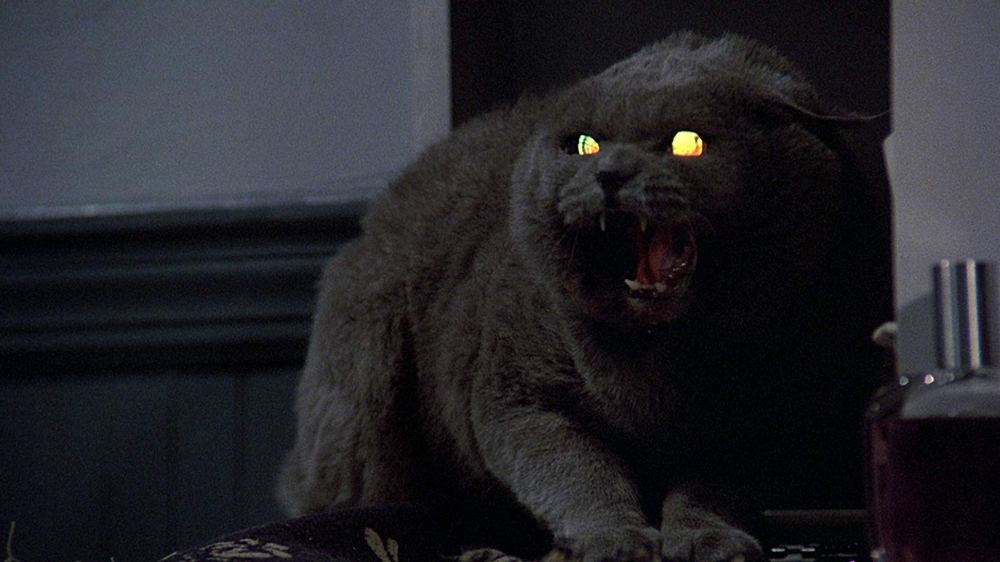 This 4K UHD release of Pet Sematary is fantastic and the best version yet. The story is well adapted on to film here with good performances, horrific scenes and tragic themes and tones throughout. I’d go as far as to say this is the most dreary and saddest of the Stephen King stories in his horror genre for sure. After all these years, this original film still holds up. The Dolby Vision color and 4K UHD image is phenomenal as is the DTS-HD 5.1 audio mix. There is a good mix of new and vintage bonus features too, making this a wonderful release. Highly Recommended!