The Ultimate Guide to SummerSlam 2018 – Dolph Ziggler vs Seth Rollins! 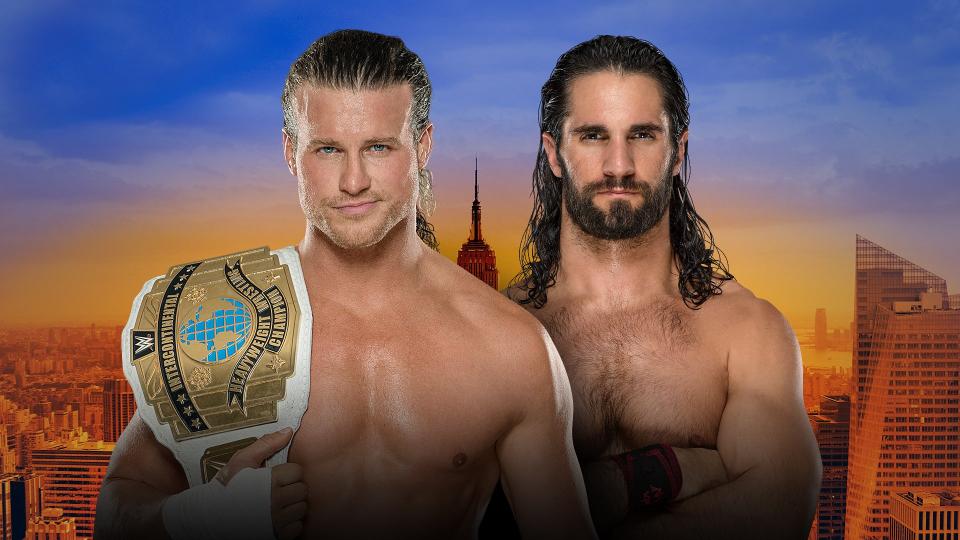 The big summer blockbuster is almost here. I’m not talking about the Merc with a mouth sequel either. I’m talking about WWE’s 31st annual SummerSlam PPV of entertainment and pro-wrestling, which is set to take place on August 19th at the Barclays Center in Brooklyn New York and can be watched live in HD on the WWE Network for $9.99 a month or for free if you’re a new subscriber. Over the next few days, our writer Angi and I will be conjuring up some entertaining pieces about each match at SummerSlam 2018. We’ll cover each WWE Superstar, the background of the match, the odds of winning, and what to look out for in each match.

Seth Rollins has one more shot at reclaiming the Intercontinental Championship from his bitter rival, Dolph Ziggler. This highly anticipated athletic contest is the latest in a bitter rivalry that has been burning down arenas all summer long! Odds are heavily stacked against the Kingslayer as Drew McIntyre is sure to be stalking around ringside during the competition creating a two on one environment. If the Architect expects to walk out of Brooklyn the with Intercontinental gold, he will have to figure out a way to neutralize the large Scotsman. 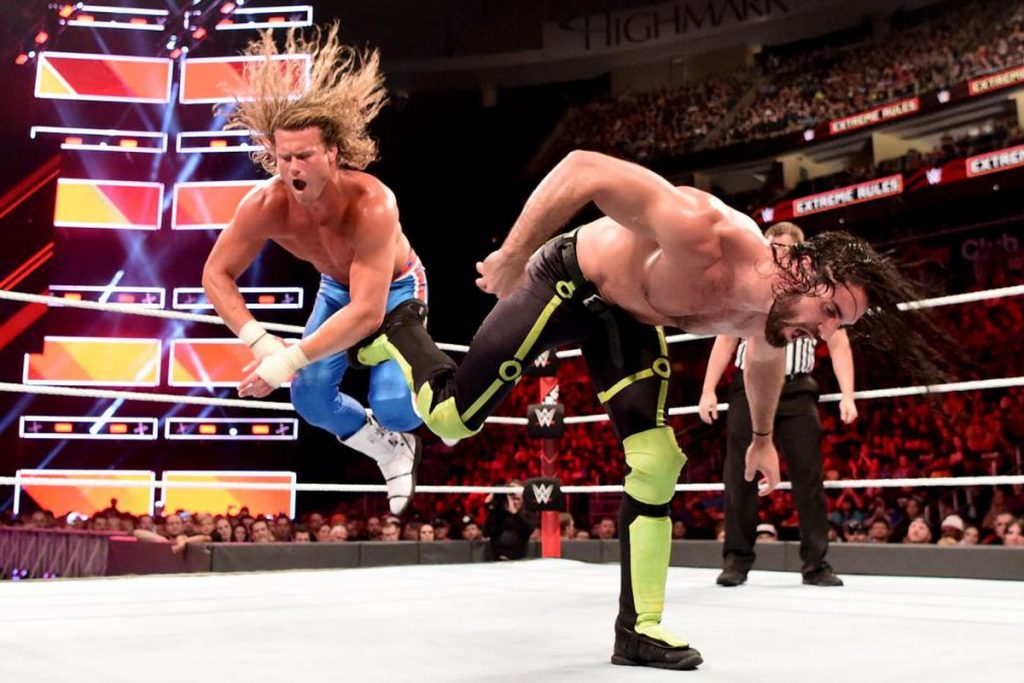 One of the most decorated and athletically gifted in-ring performers on the roster, The Show Off has gone from a man who had difficulty stacking up noteworthy victories, to 6-time Intercontinental Champion. His partnership with McIntyre has paid dividends in a career resurgence. Now that he’s back on top, Ziggler will use any means at his disposal to stay on top

Burning it down and consistently displaying his in-ring prowess against every single man he faces, Seth Rollins is focusing on reclaiming his Intercontinental Championship. He has shown time and again that he has the ability to dispatch Dolph, only to be thwarted by Drew. Seth is facing a numbers game with history of him on the losing end of it. However, Rollins earned his nickname of the Architect. He will need to strategize, build, and execute a plan to create the one on one situation that has given him swift victory in the past.

What started as an answer to a challenge, has led to one of the most heated rivalries of the Summer. When Seth Rollins was the Intercontinental Champion, he continued to bring prestige to the title by defending it and defending it often. One night on Raw, Dolph Ziggler accepted and won the title with help from Drew McIntyre.

For months, Rollins has come within a hair’s breadth of winning what had been stolen from him. Time and again he was on the losing end of a double team. With Shield-brother, Dean Ambrose, out with injury, and the Big Dog chasing The Beast, the former champion found himself alone.

After a dodgy end to the Iron Man match at Extreme Rules, the Man was granted one more opportunity to become a 2-time Intercontinental Champion at the greatest party of the Summer.  Dolph Ziggler is facing a very dangerous and desperate Seth Rollins. One who will do what he needs to create the one on one situation that has yielded curb stomp opportunities in the past. 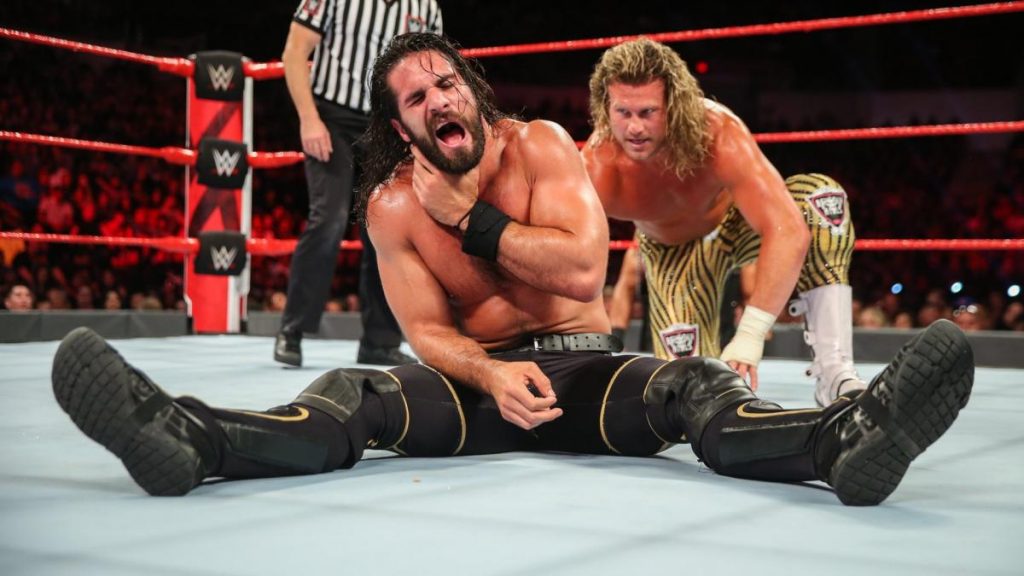 Both Seth Rollins and Dolph Ziggler are one of a kind performers with similar styles. While Rollins tends to be more high-risk offense based with his technical style, and Ziggler has influences of his collegiate wrestling past thrown in. Watching these two battle is always a physical work of art. Their chemistry is off the charts and they are able to give the WWE Universe a show they will not forget.

The Intercontinental Champion and his challenger will go to war. It will start with a feeling out process of counters and reversals as the two put on a wrestling clinic that will eventually reach a fever pitch. The name of the game will be to make the other man make a mistake first and capitalize on it.

Time and Again, Seth has shown he has Dolph’s number. Drew, as always is expected, will be at ringside ready to distract and do what he can to help Ziggler retain. This is the night Rollins will have a real answer to the riddle of how to take out McIntyre. This is the night where numbers game ends. 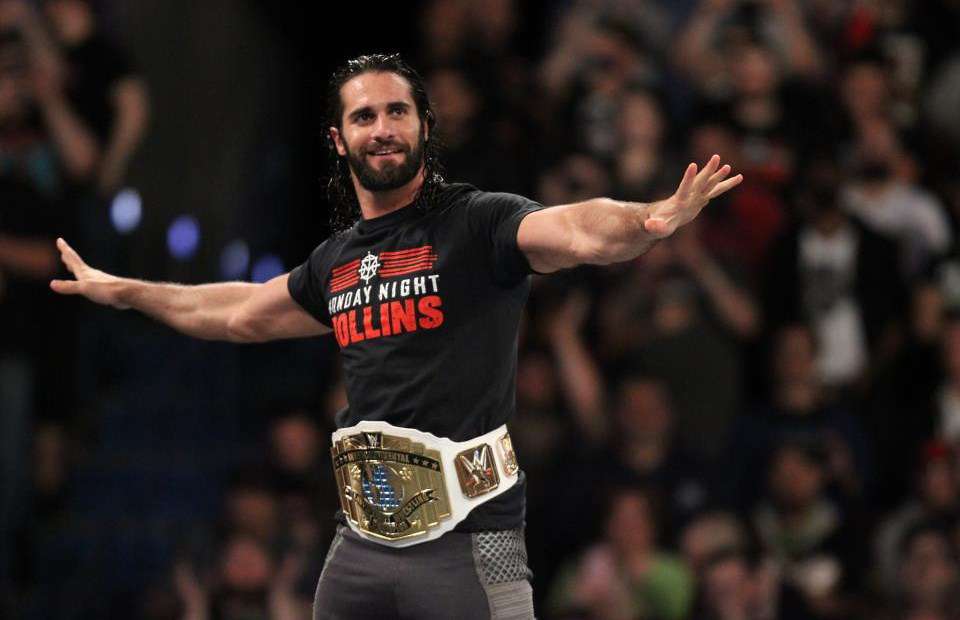 Seth Freakin Rollins of course (if you knew me, you knew this was coming…) Here’s why. Rollins realizes he may not get another crack at the IC title after this. There will be a desperate, nothing left to lose, hold nothing back, throw caution to the wind flavor to his offense. This could potentially be his last chance to reclaim the title.

But how does he win? There is speculation that Dean Ambrose could make his long-anticipated return to even the odds. And yes, this could very well happen. But even if it doesn’t, Rollins will make sure that McIntyre is a non-issue before he goes for his victory.  The Scotsman has interfered in every contest to date allowing the championship to slip through Rollins’ fingers. But in the end, however it happens, Seth Rollins is walking out of SummerSlam a two-time Intercontinental Champion!