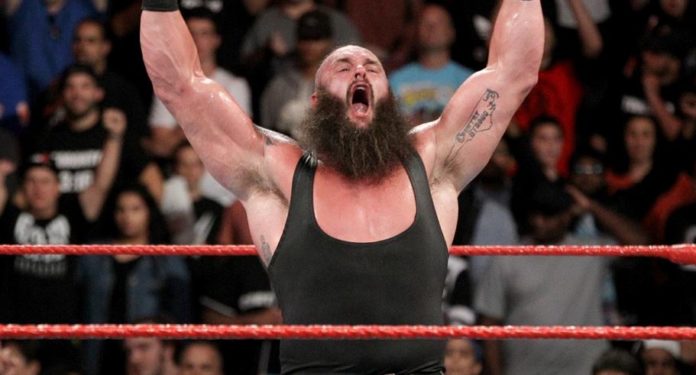 With Wrestlemania 34 just a few weeks out, the city of New Orleans is preparing for a tidal wave of wrestling superstars and their many rabid fans of all ages to partake in the cajun food, festivities, and even some good old fashioned wrestling on the grandest stage of them all – Wrestlemania. WWE is quickly stacking the card with matchups leading up to the big day, which I thought would be a good time to discuss some of the wrestler’s storylines and what we can expect on the big day. Enter Braun Strowman.

Braun Strowman (Adam Joseph Scherr), is billed at 6 ft 8 inches and weighing almost 400 pounds, is one of the biggest guys in the business. He debuted only a couple of years ago (2015) where he was the newest member of the Bray Wyatt family as their big enforcer. It was quickly apparent that Strowman didn’t need to be a part of a faction to succeed, as he could handle the mic and in-ring work on his own. Nowadays, Strowman is perhaps the most organically over (well liked) people in the business, as fans consistently cheer for him.

Over the past several months, Strowman has been a main event talent in both live weekly shows and PPVs on the WWE Network ($9.99 a month). He has battled with the likes of Brock Lesnar and Roman Reigns, only to lose the battles by some form or fashion. It never made any realistic sense by any means, but the story WWE wants to tell is that Roman Reigns is to beat everyone and everything. A little late on, Strowman was seen destroying sets backstage, bringing down lighting fixtures and desks to obliterate his opponent. I believe the fans were more or less tired of this as weeks went on by with the same old story being told in regards to Strowman, but his fanbase were not about to let up in cheering him on to bigger and better things, such as the Mixed Match Challenge where a female and male wrestler would team up in a tournament exclusive to Facebook.

The fans vote on the tag teams, which saw the big bad Strowman paired up with perhaps the smallest female wrestler in the business, Alexa Bliss. It was a match made in heaven. People even labeled them Beauty and the Beast as they have fought their way up the tournament with funny moments of them falling in love. This storyline, separate from the main show has catapulted Strowman into one of the most liked superstars on the roster.

On to Wrestlemania 34 storylines, Braun Strowman has been pushed down for some odd reason to the mid-card. Specifically the Raw Tag-Team Division, which is even more difficult to understand, given he doesn’t need to have a tag team partner. A few weeks ago, RAW put on a Tag Team Battle Royale to see who would face the current Raw Tag Team champions (The Bar: Sheamus and Cesaro) at Wrestlemania 34. Braun Strowman entered for an unknown reason and ended up winning the entire match BY HIMSELF.

Immediately, I thought this would be an amazing gimmick for Strowman to show how strong he is, if he indeed did or does end up winning the Raw tag team championship at Wrestlemania 34 by himself without a partner, making him a solo tag team champion. I could picture the matches and comedic bits right now. He could tag himself in and out, hold the two belts on each shoulder, and run down a series of great tag team partners. However, it seems as of now, that Braun Strowman will have to pick a tag team partner for the big match in New Orleans.

So as of now at Wrestlemania 34, we have Strowman vs The Bar with a TBA partner for Strowman. Strowman doesn’t need a partner. He doesn’t want a partner. Period. However, there are a few fun suggestions or guesses as who he can pick. I don’t see his former leader Bray Wyatt entering the frame here, because the gimmick is tiresome and it will kill Strowman for sure. A legend could make a cameo, the likes of Chris Jericho or Christian, which would put them with the Tag Team titles for a while. I know Christian is retired, but I’m sure he has another run in him for sure. It could also be a comical superstar such as James Ellsworth or Gillberg so that Strowman can just throw his partner on top of their opponents for the win. And they could even bring in Alexa Bliss as his partner, since they are going over so well with the Mixed Match Challenge. In fact, the crowd would go insane if that happened. 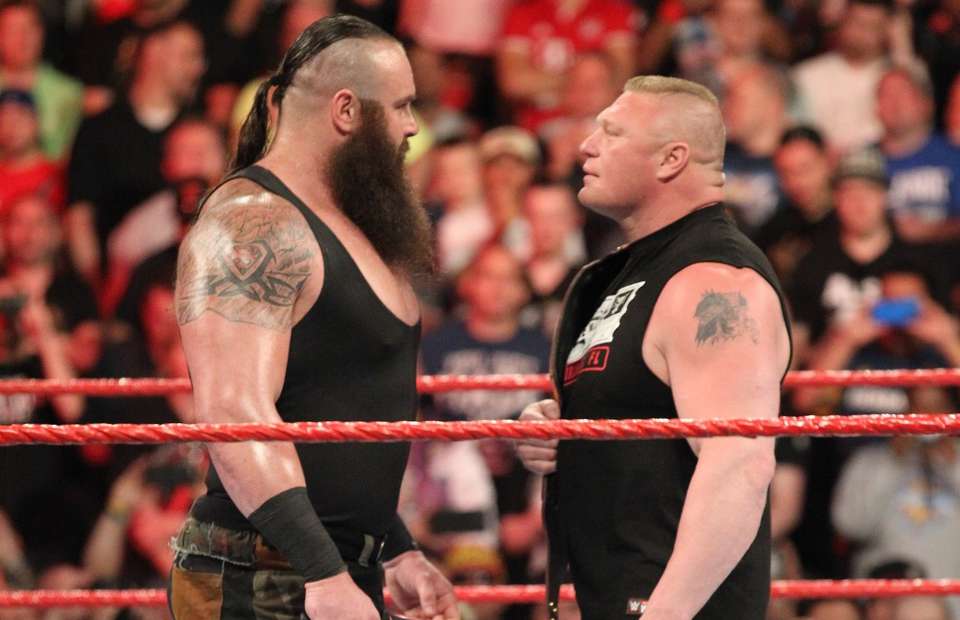 The other end of this spectrum is that it could be the return of Big Cass, who might be just as big as Strowman or even one last hurrah for Big Show before he officially retires for good. Either way, there are big things on the horizon for Strowman soon as Lesnar is most likely leaving WWE for a good amount of time after Wrestlemania 34, leaving a big spot open for him. I just hope Vince McMahon and Triple H use it wisely.