Alright lets get the plot out of the way, shall we? Pacific Rim: Uprising takes place ten years after the final battle of the first film in which Stacker Pentecost (Idris Elba) gave his life to stop the Kaiju attacks. Stacker’s son, Jake, is played by John Boyega of Star Wars fame and is a promising Jaeger (the big robots) pilot who quit his training and does some underground criminal activity at the start of the film. The Jaeger program has evolved since we last saw the program where a new, younger crew defends the planet. A young girl creates her own Jaeger and is captured with Jake, which leads them to both join/rejoin the program. Of course a rogue Jaeger seems to be causing trouble and might be working with the Kaiju to reopen The Breach and release new monsters. Jake teams up with his former rival Nate (Scott Eastwood) and the young new recruits to stop the World from being destroyed and honor his father’s legacy.

Guess what? None of that matters! Pacific Rim: Uprising has a structure and plot the way I have six pack abs. Sure they’re there, but you’ll never see them, so just take my word for it. The entire purpose of this movie is to get to a big CGI robot battle every 7 minutes, which to be honest isn’t the worst strategy for a movie. Nothing was earned and very little made sense here. There was legitimately nothing to care about, with the exception of the robots punching things. As far as that aspect of the movie goes, the film delivers the goods. The visual effects were top notch and the designs of the robots/monsters were unique and satisfying. 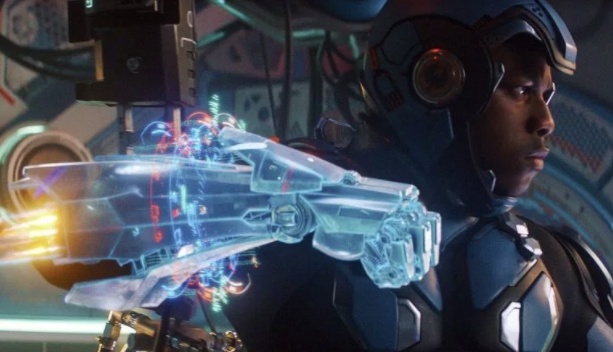 The movie never stops to answer why any of the monsters and robots conflict is happening, and the scenes move so quickly to the next that you never have time to stop and think about it. The real question is who wanted a sequel to this movie? Anyone? The first Pacific Rim tried to find a niche of people who like really stupid, loud robot movies. It had a budget of $180 million and only made $101 million in the United States. World wide it was able to muster just over $400 million, which when you take into account all the marketing couldn’t have been too big of a profit margin. Maybe DVD sales were huge? I don’t know, but the bottom line is the first one was only made because (now Oscar winner) Guillermo Del Toro was directing it. I really can’t figure out who the target audience is for this film as it isn’t even projected to reach the world wide total of the original. So why make it?

I’ll tell you why and these are truly the only positive parts of the movie. First, it is very quick at just over an hour and a half long. Second, John Boyega is a damn movie star. If you can get him to headline your movie, you make it. He has something about him on screen that even when he is in a giant robot fighting a gecko looking sea monster, I buy into every single thing his character says and does. It is really highlighted in a movie when he is surrounded by the malfunctioning WestWorld robot that is Scott Eastwood. 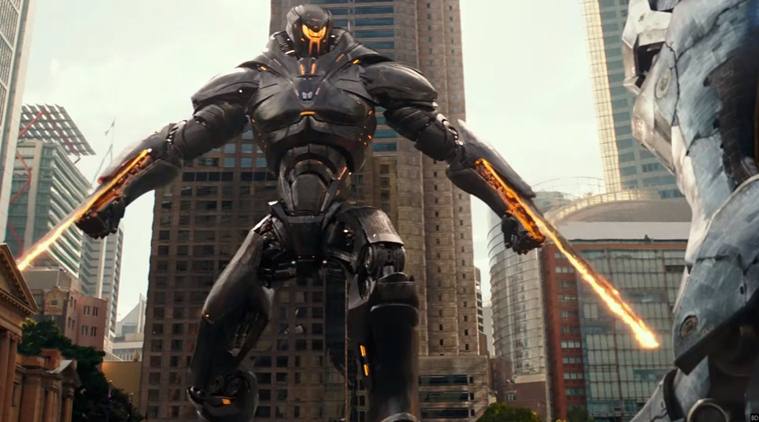 Eastwood is very good looking but has the charisma of a paper bag in comparison to the way Boyega just owns every scene he is in. Maybe I will get killed for saying this and to be clear he isn’t on this level (yet), but Boyega has that “it” factor people talk about with Tom Cruise and Will Smith. That invisible power that makes you want to root for him at all costs and believe whatever he is selling on screen, no matter how stupid or poor the movie is. He has it and it’s fun to watch.

I’ve heard this saying used a ton of times. To say a movie is like cotton candy in that it tastes sweet but has no substance and you forget it immediately. Well Pacific Rim: Uprising is like old stale popcorn, there is something wrong with it, you’re not sure if its good, and it tastes a little funny. But hell, its better than nothing, even if it only lasts 8 seconds and gives you a stomach ache an hour later.