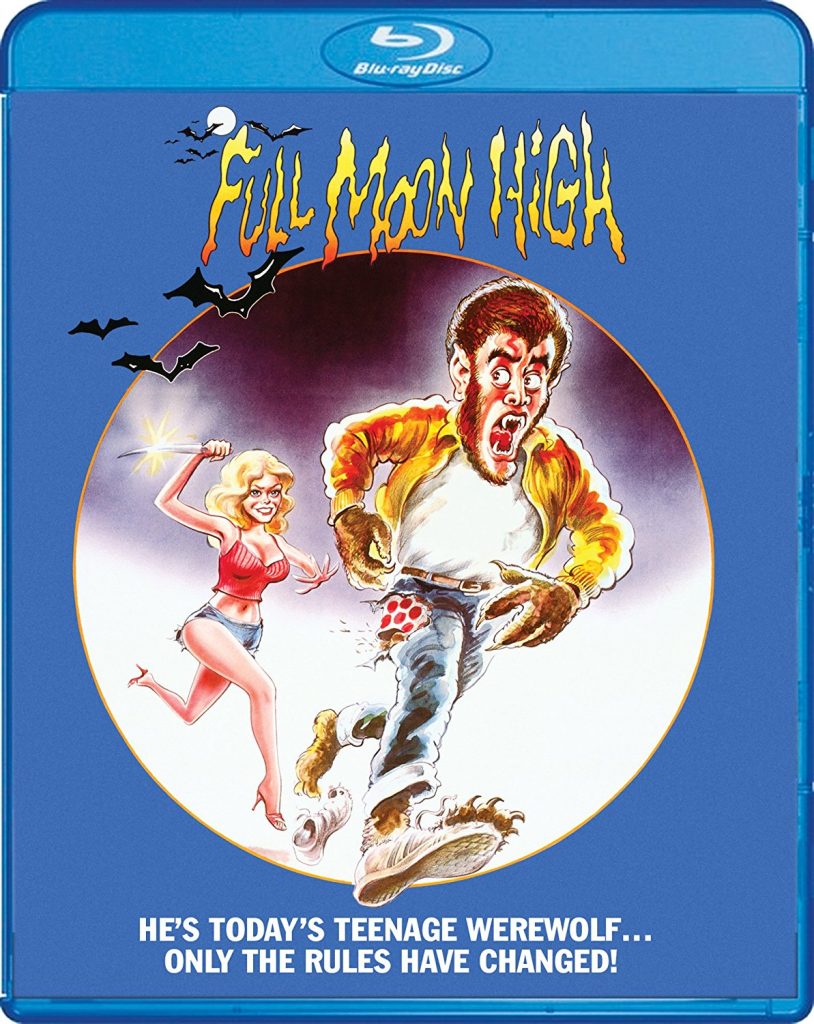 From the vaults of the 1980s, comes a forgotten comedy/horror movie called ‘Full Moon High‘. Made in 1979, but released in 1981, you can’t help but think that the original ‘Teen Wolf‘ creators drew inspiration from this movie for their own 1985 classic. Unfortunately, ‘Full Moon High‘ never made it to cult status and has been lost on the shelves for years until right now, where we can bask in the glory of cheaply made werewolf high-school films that are meant to make us laugh rather than scare us.

The film starts off in the 1950s where a high-school star football player named Tony Walker (Adam Arkin) is on top of his game. His crazy right-wing father (Ed McMahon) takes him on a trip to Romania where Tony is bitten by a werewolf. This gives him the ability to never age, but when that full moon comes around, he turns into the werewolf. Tony doesn’t know what to do with himself, so for several decades, he just lives a lonely life, wandering around, until 1981, where he sees that his high-school football team hasn’t won a championship since the 50s.

Tony then gets the idea to go back to high-school and get that championship with himself and his alter ego – the wolf. There are literally zero horror elements or scary bits here. The film is rated PG and goes for the silly comedy angle over the terror in every scene, much like ‘Teen Wolf’ did. The entire script and plot is over-the-top cheesy and silly, but there is something nostalgic about the feel and fun everyone is having in the movie.

Not only that, very young cameos from Pat Morita and Bob Saget appear on screen too. ‘Full Moon High‘ is one of those films that very few people know about, but is something you’d love to discover in all its glory and faults. You’ll be happy with this werewolf addition for sure. 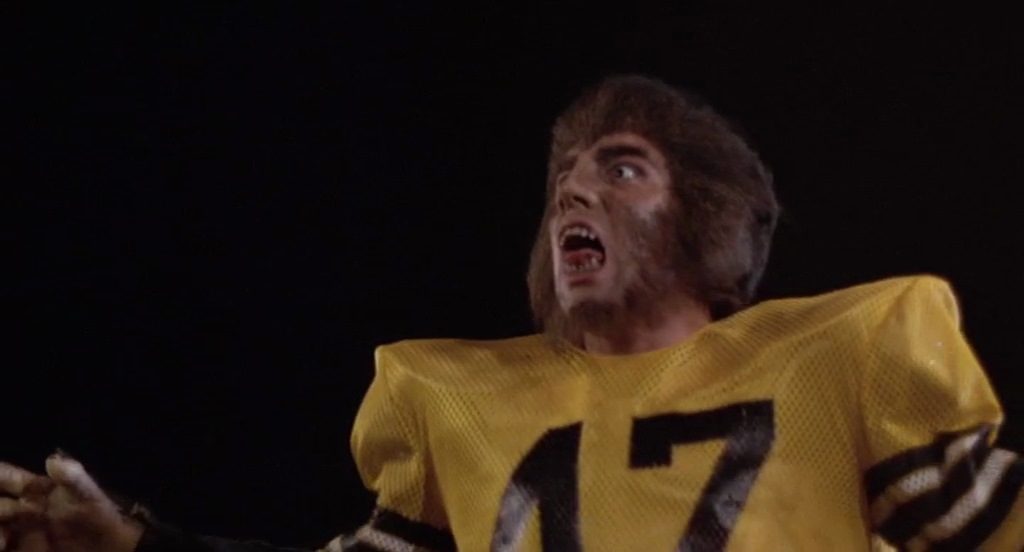 The Video: ‘Full Moon High‘ comes with a new 1080p HD transfer and is presented in 1.85:1 aspect ratio. The elements from the original shoot aren’t that great, due to the inexpensive production and camera equipment, but Scream Factory has done a great job in remastering this image. Although there are still some softer elements in the picture, the overall image is quite bold and striking with clarity. Colors stand out richer and brighter throughout, especially with the bright yellow and blue school colors and sports clothing.

Other primary colors, such as the patriotic red flags and green grass looks amazing too. Detail is rather sharp with great closeups that reveal facial features and some individual werewolf hairs and makeup blemishes in well-lit scenes. Black levels can be a little bit bright, but in other times, can be inky. Skin tones are somewhat natural as well. There is still a great layer of filmic grain to give that old school feel.

The Audio: This release comes with a lossless DTS-HD MA Mono mix and is quite loud on all fronts. Nothing is ever to shrilly or sounds like a tin can though. Dialogue is always clear and easy to follow, and free of any pops, cracks, hiss or shrills. The sound effects are rather robust and well balanced, along with a good sounding soundtrack full of 1980’s cheese. There isn’t a ton of low end or bass here, nor is it a fully dynamic audio mix, but it gets the job done. 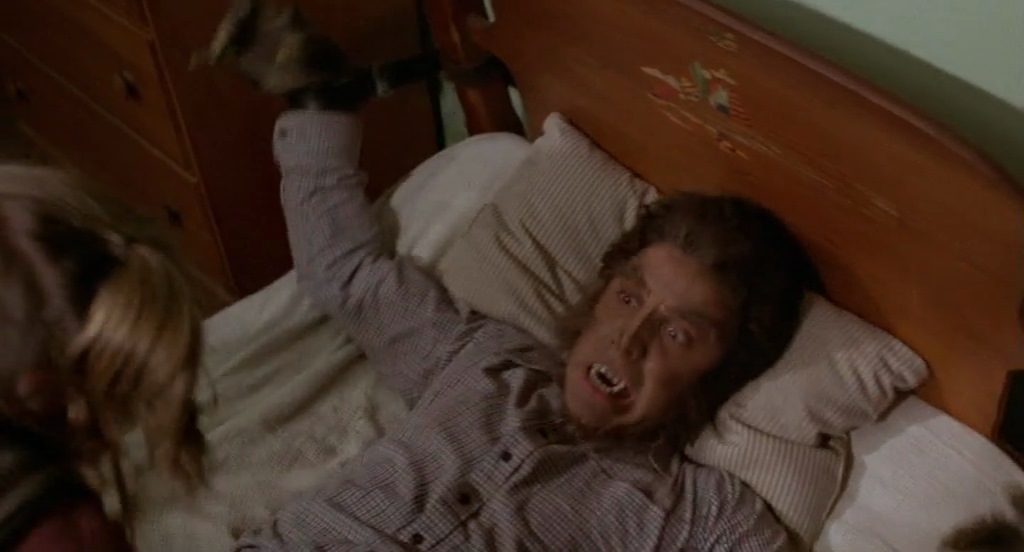 Audio Commentary – Director Larry Cohen along with a moderator of Steve Mitchell who did the documentary on Cohen offers up an amazing and worth-while commentary track about Cohen’s career, making the film, and other fantastic industry stories. 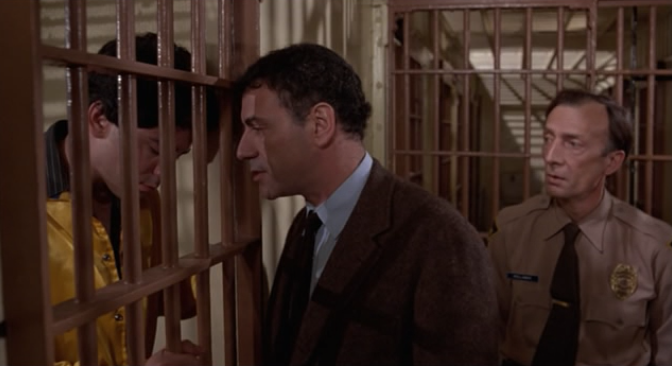 ‘Full Moon High‘ is a fun trip back to the 1980’s and was most likely the inspiration for Michael J. Fox in ‘Teen Wolf‘. There is nothing scary about this werewolf high-school movie, but in fact it’s a silly comedy with heart. There’s a lot to love about this movie, even with all of its faults. The video and audio presentations are both good with an excellent commentary track by the legendary Larry Cohen. Recommended for sure!