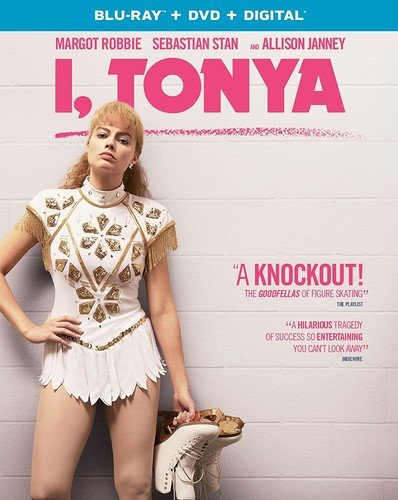 Yes, I’m old enough to have been alive and understand all that went down back in 1994, in regards to the Olympic Figure Skating competitors. Specifically that of Tonya Harding and Nancy Kerrigan. It was such a media circus of epic proportions and very bizarre culmination of events that made worldwide news for months and even years after the 1994 Olympic games. Directed by Craig Gillespie (‘Lars and the Real Girl’, ‘Fright Night’, ‘Million Dollar Arm’), ‘I, Tonya‘ follows the life of Tonya Harding, from her upbringing, her abusive home-life with her mother and other relationships, that lead to her competing in figure skating and the infamous attack on her USA teammate Nancy Kerrigan.

Gillespie perfectly crafts this whacky true tale into an excellent dark comedy that we get to relive in the eyes of Harding. We might have all hated her at one point in time, but this film really allows us to see things from her perspective. I couldn’t help but feel sorry for Tonya and couldn’t believe all she overcame to get where she did at the top of the Olympics. Margot Robbie (Wolf of Wall Street) plays Harding in such an incredible fashion. She owns the screen with her emotions and body language through each scene.

Her mother, played by the fantastic Allison Janney, is where the spotlight is though. In her few scenes, we see the true villain of Harding’s past and Janney plays this evil role out to a tee and begs us to hate her on all levels. Meanwhile, we have Harding’s doofus boyfriend and his friends who carry out the attack on Kerrigan, which all plays out in a darkly comedic way.

‘I, Tonya‘ is perfectly crafted in such a way that you have a ton of fun with the subject matter here and gain sympathy for this person in Harding, due to the amazing performances and screenplay. This is one of the better films out there.

The Video: ‘I, Tonya‘ comes with a 1080p HD transfer and is presented in 2.39:1 aspect ratio. The film was shot on actual film and not digitally, so there isn’t a sleek or glossy look to the movie, which is perfect for this tone and setting here. There are a variety of different aspect ratios throughout too to give a sense of a documentary-type of film, which works great. The detail is sharp and vivid in each scene with a great layer of grain throughout. It gives the movie and story that filmic quality that adds a ton of depth into each moment and physical scene.

This is something we don’t usually get with the highly glossy images. Facial features, such as pores, makeup blemishes, wrinkles, and individual hairs look incredible here in all lighting conditions too. The colors are well balanced and bold throughout, even if some of the scenes have a darker ambient lighting to it, like if it was made on a home video camera. It’s all part of the style of the film and it’s highly effective. The black levels are deep and inky and the skin tones are always natural. Lastly, there are no issues with video noise, aliasing, or banding to speak of.

The Audio: This release comes with a lossless DTS-HD MA 5.1 mix and sounds very good. The sound effects are all robust and loud throughout each scene. The blades on the ice-skates that slice into the ice sound fantastic, as well as all the physical action in the movie, which brings in that low end of bass. The gunshots are realistic, but never overly done either.

One of the bigger elements of this sound mix is the pop/rock tunes from the time period that always engulf the speakers, but never in an overbearing way. Ambient noises of the press, other people talking, and other reverb from arenas all sound excellent. The dialogue is always clear and easy to follow along as well, and free of pops, cracks, and hiss.

Audio Commentary – One of the best commentary tracks in a long time from director Craig Gillespie that talks about all aspects of making this film. He discusses the use of CGI, his casting choices, and the true story of Tonya Harding. He even goes into breaking the 4th wall in the film and his many technical decisions.

Behind the Scenes (HD, 16 Mins.) – There are five different segments here that consist of cast and crew interviews and on-set footage. They cover the performances, the true story, the filmmakers, and the visual effects of the film. Each segment is about 3 or 4 minutes long.

Deleted Scenes (HD, 17 Mins.) – A few scenes are included here that are highly watchable, including some Diane Sawyer interviews. 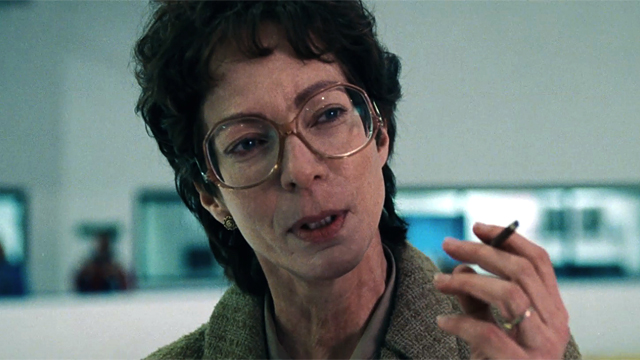 ‘I, Tonya‘ is a fantastic film from a brilliant director about an insane incident in 1994 that is too crazy to be true. The fact is though, that it all was, and in the Olympic Figure Skating world no less. Margot Robbie, Sebastian Stan, and Allison Janney deliver top notch performances on all levels too with a great screenplay that will make you laugh and sympathize with Tonya Hardin. The video and audio presentations are both excellent and the extras are all worth your time. This comes HIGHLY RECOMMENDED!