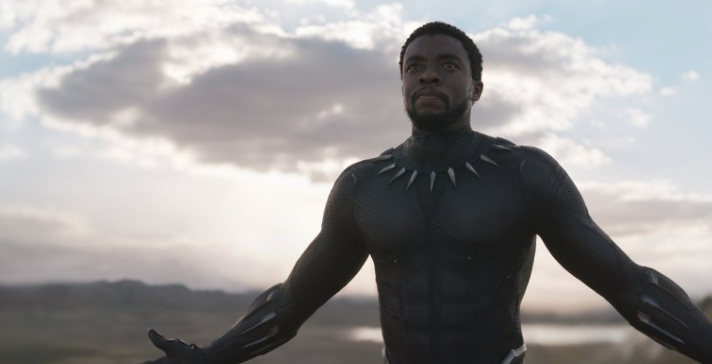 Admittedly, the easiest narrative for Black Panther reviews is that it is a “game-changer”, “important”, “redefines hero”, etc. Those narratives and feelings aren’t wrong. I think Black Panther is one of Marvel’s best stand-alone hero films. It is right behind The Winter Soldier and the original Iron Man for me. In a few years it may even eclipse those two as the distance and impact it has going forward is felt. I believe the cultural and racial themes of this film are well thought out, focused, bold, and sobering. To be perfectly honest I don’t feel comfortable writing about that aspect of the film in depth. I’m a 32 year old goofy white guy who is not a good enough writer to navigate that territory, plus I lack the experiences that would make my take worth reading. There are some incredible writers who have written on the overall cultural impact of (essentially) an all-black cast superhero film and I encourage all of you to seek those pieces out because they are worth your time. My review is going to focus on just how badass this movie is.

We pick up a few weeks after the events of Civil War in which T’Challa (Chadwick Boseman) got involved in the disagreement between Iron Man and Captain America when he believed Bucky Barnes killed his father, T’Chakka. The film introduces us to Wakanda which is incredible looking. The first half of the movie follows T’Challa as he returns home to take on his role as King. We spend time learning the culture, rituals, and relationships of Wakanda and it is a masterclass in world-building. Ryan Coogler (writer & director) doesn’t waste a frame in teaching the audience about this new location. What is so amazing about this part of the film is that despite it being a crash course in background and exposition, it doesn’t feel like it. In an effortless way we all feel like we have known Wakanda and the main players in short order despite meeting them for the first time. As we watch T’Challa take his place as king, across the World we meet Erik Killmonger (Michael B. Jordan) who is assisting Klaw (Andy Serkis) in stealing artifacts containing Vibranium. Vibranium is a rare alien metal found only in Wakanda and is the source of all of their technological advances. It is clear that Erik has a larger mission in mind and the film turns into a great battle as two men fight to earn their status in Wakanda with the country’s role in the World hanging in the balance. 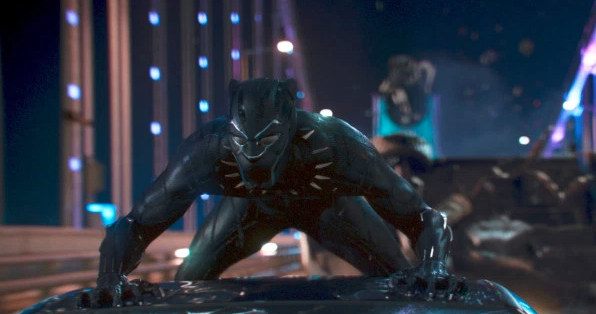 There is so much to love about this movie. The costumes of the different tribes are beautiful and even though Marvel has a reputation for being bright, the costumes add a new palette that allows Wakanda to feel unique. The design of the city and its buildings using Vibranium create a skyline unlike anywhere Marvel has brought us before. Chadwick Boseman was born to play this role. He has such a confidence in the way he carries himself at all times that oozes royalty. The rest of the cast is fantastic and there are some characters I hope we see again really soon. First is Shuri (Letitia Wright) who is T’Challa’s younger sister, a princess. She is a young technological genius that rivals Tony Stark. Shuri oversees all the tech for Black Panther and Wakanda while also being fully capable of taking care of herself in any conflict. I hope we get a scene of her and Tony together in Infinity War. Okoye (Dania Gunrira) plays the leader of Black Panther’s all-female badass security team and holy crap can she kick some ass. She is probably best known as Michonne on Walking Dead and seeing her with a real writer and director give her some good stuff to work with was a delightful surprise. Finally T’Challa’s ex Nakia (Lupita Nyong’o) is such a great partner for him. She is off doing undercover missions and is just as capable and focused as Black Panther is but when Wakanda is under attack she is just as brutal of a warrior as anyone in the movie.

Let’s talk Erik Killmonger. Full disclosure: I will ride for Michael B. Jordan until the day I die. Vince from Friday Night Lights will always hold a place in my heart. Jordan got robbed of an Oscar for Fruitvale Station and robbed of a nomination for Creed. Put all of that bias aside and he is still the best Marvel villain put on screen. (I don’t count Loki.) Killmonger is fascinating and compelling every second he is on screen. Most Marvel villains turn into CGI punch fests when they try to destroy or take over the World. Killmonger’s goal is to use Wakanda’s resources, technology, and weapons to help the oppressed citizens across the World who he believes Wakanda ignores by being isolationists, hiding in their utopia. He isn’t trying to destroy the World, he is trying to give it back to the (his) people. Having grown up without a father in Oakland his perspective, struggle, and experience is starkly different from a typical Wakanda citizen and he wants to effect change on a global level to right the wrongs he has seen. Killmongers motivations were understandable and that is the key, you empathized with who he is and why he is doing what he is doing. Michael B. Jordan plays the role with such ferocity but also some honest vulnerability that when watching him you blame those who failed him more than Killmonger himself for being this way. He also has two gut punch lines towards the end of the movie that were so moving, revealing, and sobering in their delivery. It was an all-around great performance.

Questions like what kind of man or king are you going to be? Will you let the sins of your father destroy who you are? Will you abandon those in need for selfish reasons? Are you willing to break tradition? They all get answered in satisfactory ways. It is a movie about fathers, sons, family, legacy, destiny, abandonment, heritage, and hope disguised as a comic movie and that is what makes Ryan Coogler a genius.

The future of Marvel is bright. There have always been concerns about what will happen when we inevitably say goodbye to Iron Man, Captain America, and Thor. I can firmly say that Black Panther is a groundbreaking superhero movie not only for the cultural reasons but because it opens up the Marvel Cinematic Universe to a whole new world of possibilities. If the Infinity War trailer is any indication, Wakanda will be a major player going forward. Black Panther is the movie and hero we need right now and the perfect character to help lead the Avengers going forward.