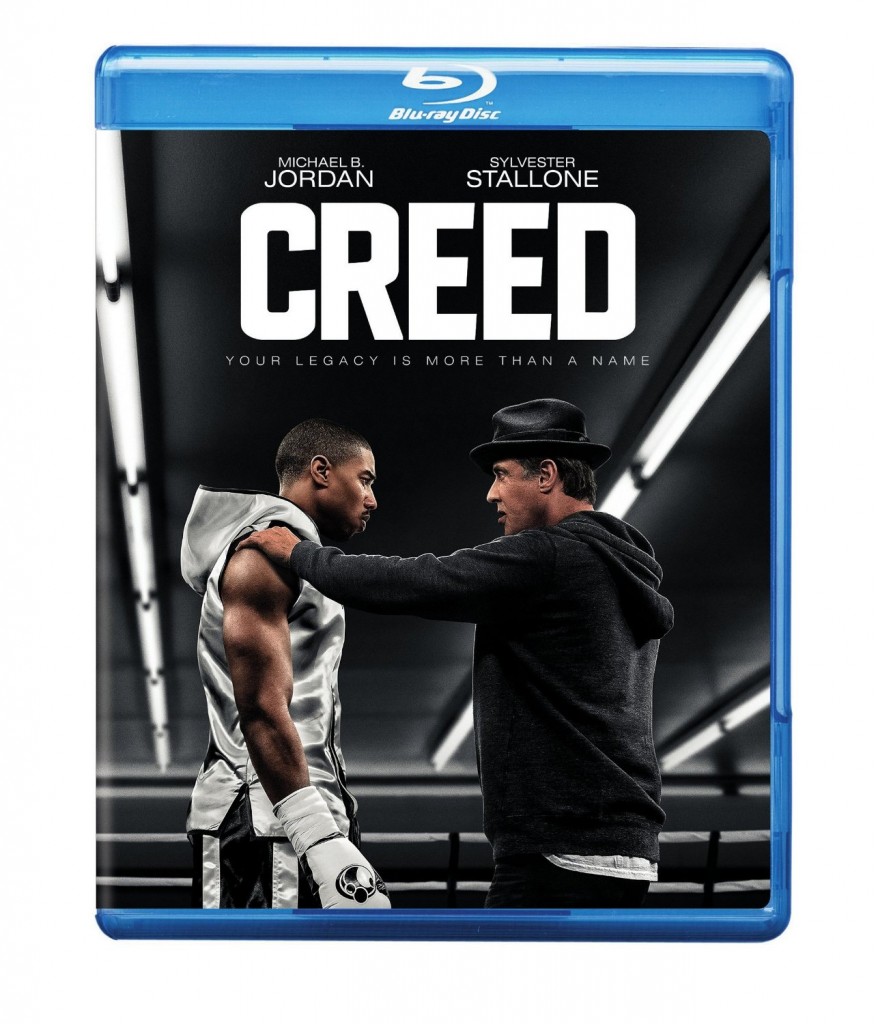 Another year, another ‘Rocky‘ movie. Some of you might be saying, “When is enough, enough?” More times than not, you might be right with any string of sequels that goes back the third installment, particularly with the ‘Rocky‘ franchise. Sure, the first ‘Rocky‘ film from 1976 was spectacular, and arguably one of the better movies ever made. It even won a ton of Oscars that year, including Best Picture. ‘Rocky II‘ came shortly after, which was still excellent, but starting with ‘Rocky III‘, things got silly and the films lost some focus. Still, audiences world wide packed theater houses to see the Italian Stallion (Sylvester Stallone) underdog his way up to the top, never quitting and giving his best. It’s a great message.

A few years ago, Stallone went back to the ‘Rocky‘ franchise with ‘Balboa‘, which had him in the ring again with the best fighter in the world at the time. It was a good movie, full of dramatic moments and that key spark that made the original so good, although most people don’t really talk about it much these days. As we’re nearing the end of 2015, Stallone has passed the reigns onto two excellent and talented people with the ‘Rocky‘ franchise in this more or less seventh installment of the ‘Rocky‘ films, simply titled ‘Creed‘. Director Ryan Coogler (Fruitvale Station) delivers all of the goods and then some with this second feature film of his with Michael B. Jordan(Fruitvale Station, The Wire) starring alongside Stallone himself.

I couldn’t have asked for a better ‘Rocky‘ film and I can’t wait to re-live it again. Coogler took the best parts of the original ‘Rocky‘ film and told fresh tale that follows Apollo Creed’s (Carl Weathers) son into the boxing world with a little help from Rocky Balboa himself. This is really the first time we get to see the best and worst parts of Creed’s legacy with his son Adonis (Jordan), who works at a high end financial firm and lives with Apollo’s widowed wife Mary (Phylicia Rashad) in a big mansion built by the Creed legacy. When not at work, Adonis competes in underground boxing matches in Mexico, but still lacks all discipline and skills to be a real fighter.

In addition to that, he still struggles with his past, not having a father, and growing up in group homes until Mary came and adopted him. After some soul searching, Adonis decides he wants to confront his father’s past and become a boxer one his own. He moves to Philadelphia and looks up Rocky, who is still tending to his Italian restaurant and visiting Paulie and Adrian’s grave regularly. Just like the original film, we see the struggles of the trainer/boxer relationship, but this time the trainer is Rocky himself as well as some excellent montage sequences that lead up to the best fighter in the world setting up a challenge to the underdog that is Adonis to be televised worldwide on HBO.

Coogler even adds a side story that sets up some great dramatic and emotional moments where both Adonis and Balboa are fighting for something big. One of my complaints here is the romance between Adonis and his neighborly crush on Bianca (Tessa Thompson). Unlike the original film where Rocky and Adrian’s relationship was natural, cohesive, and not forced; this one here feels rushed, forced, and a bit cheesy. The sex scene didn’t help either, but there are enough great moments here to not have that weigh down the entire movie.

Coogler’s camera movements are inventive and fresh here as well, and gives a great look at the world of boxing inside the ring, as in the first fight, Coogler uses one long tracking shot, circling the fighters without any cuts for the whole fight. It was amazing to watch. Jordan’s performance as Creed is top notch. He’s charismatic and owns every scene he’s in as he struggles with his past and his future in this movie of who he wants to be.

Then there is Sylvester Stallone, playing an aging Balboa who just knocks his performance out of the park. I wouldn’t be surprised if Stallone got an Oscar nomination here – he’s that good. If you were to rate all of the ‘Rocky‘ films from Best to Worst, you’d still have the original film at number one, but ‘Creed‘ is a very close second. 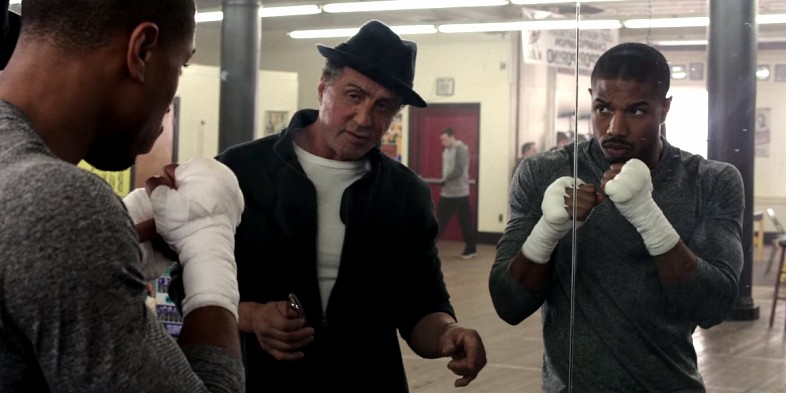 ‘Creed‘ comes with an impressive 1080p HD transfer and is presented in 2.40:1 aspect ratio. Warner Bros. has done a great job with this video presentation, which was shot digitally by the woman who shot ‘The Wrestler‘, which probably explains why some of the shots look similar. ‘Creed‘ looks very realistic from start to finish with the blustery cold of the Philadelphia winter to the warm colors of Rocky’s home. It is all well balanced and very real with zero color-grading going on.

The detail is very vivid and sharp throughout with excellent closeups revealing the individual hairs and individual stray hairs of gray on Rocky’s head. The wool knits caps and wool gloves show every individual stitch as well. Wider shots also show excellent background objects and settings with ease, giving this picture some visual depth, whether in the boxing gym or out in the streets of Philly. Colors are realistic and mostly warm and neutral. That all changes inside the boxing ring, when the match is televised, boasting bright primary colors. The red, white, and blue trunks Adonis sports at the end of the film looks insanely good.

The black levels are very deep and inky and the skin tones are always natural. Oddly enough, Warner Bros. went with a smaller bitrate of 24.99 Mbps on this 50GB Blu-ray Disc, leaving quite a bit of unused room to make the picture look even better than it does. It’s a strange choice. Still, this video presentation has great marks. There were no instances of any banding, aliasing, or video noise to speak of. 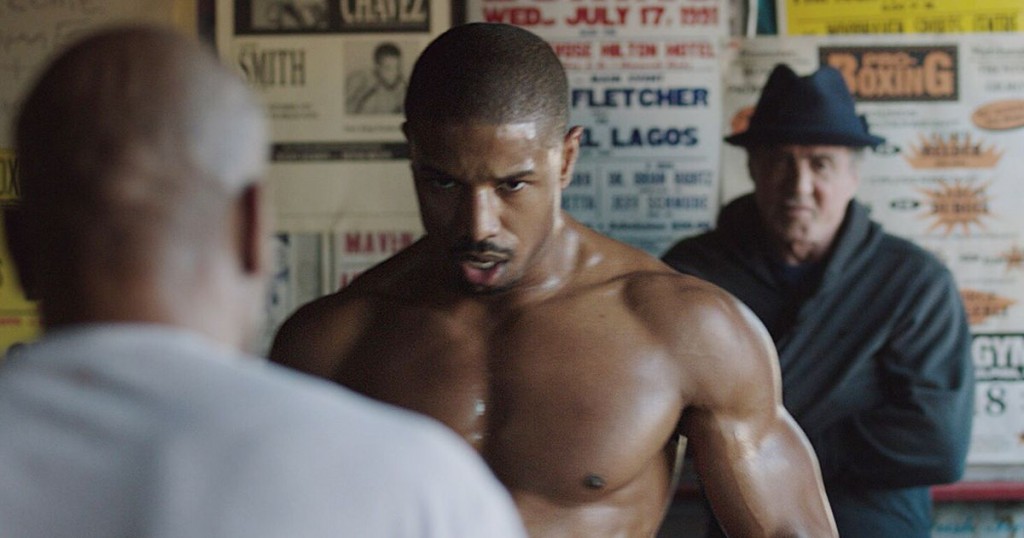 This release comes with an excellent lossless DTS-HD 7.1 MA mix and sounds amazing. Just everything about this audio presentation is stellar. When Adonis is boxing in the ring, you’ll be able to hear Rocky giving him pointers and yelling tops on how to win from the surround speakers. It’s as if Rocky was actually in the room with you, whispering in your ear. The crowd’s cheers and screams are consistent and boisterous.

The sound effects of every hit and punch are powerful as well with some excellent directionality. The vehicles and motorcycles in the streets of Philly roar past the cameras with excellent sound. The scene in the club packs the bass nicely as well. The dialogue is always crystal clear and easy to follow and free of any pops, cracks, and hiss. The score and music always adds to the emotion and tone of this underdog film in every way without drowning out any dialogue or sound effect. This is a rather impressive audio mix and has high marks throughout. 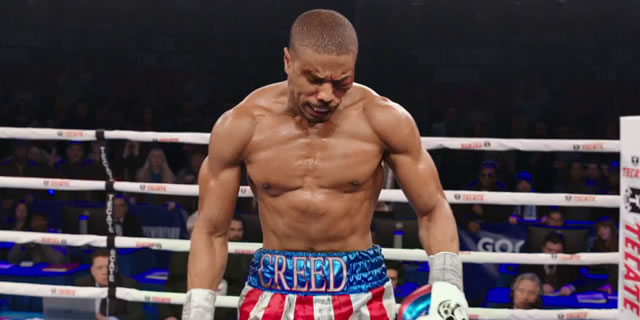 Know the Past, Own The Future (HD, 15 Mins.) – Here are some cast and crew interviews with almost everyone involved here as everyone talks about the legacy of Rocky Balboa, his story, and how it transfers over to ‘Creed’.

Becoming Adonis (HD, 6 Mins.) – This covers Michael B. Jordan’s year-long training session to get in shape for the role. This is quite good.

‘Creed‘ is definitely the BEST “Rocky” film since the first ‘Rocky‘ in 1976. Everyone turns in an excellent performance and really drives the film home. The story and direction are also equally impressive here. This is one highly entertaining and emotional film, one that will be remembered for a long time. This is definitely the right way to carry on the ‘Rocky‘ legacy. The video and audio presentations are both great and while the extras are slim, they are worth watching.