Disney Releases ‘Lady and The Tramp’ From the Pound…Er…Vault In February!!!

Disney is cranking open the vault with a selection from the Walt Disney Signature Collection. ‘Lady and the Tramp‘ will be widely released onto Digital and Blu-ray in February. If you want to add the blu-ray to your collection, it will become available on February 27, and the digital copy becomes available a week before that on February 20. 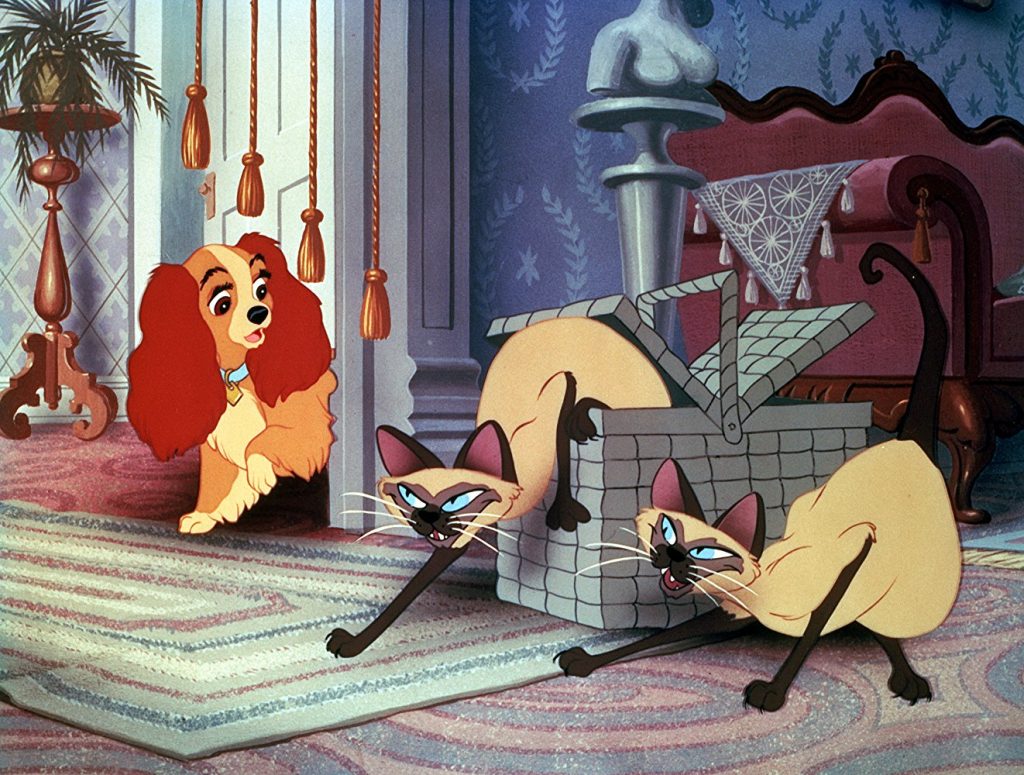 It’s time to introduce a new generation of Disney-lovers to one of the original films in Disney-canon and the 15th animated film in the Disney franchise. When you purchase the film, you will receive three different versions of the film, classic bonus material and three all-new features. If flexibility is what you want when you purchase ‘Lady and the Tramp‘, look no further because this release has got everything covered. What was formerly called the Blu-ray Combo Pack, is now the Multi-screen Edition. This includes Blu-ray, DVD, and a Digital Copy. Thereby making watching easy on a multitude of devices.

Among the bonus features, there are all-new extras that will show Walt Disney’s original office suite on the Studio lot, discover Walt’s personal passion for pups, along with a celebrity-hosted spaghetti and meatballs cooking lesson. There’s something here for everyone!

When you think of classic love stories, ‘Lady and the Tramp‘ pops up near the top of the list, for me. It holds several hallmarks that a love story will typically follow. We’ve got opposites attracting in the form of a very pampered Cocker Spaniel named Lady from the upper-class side of town, and Tramp, a freewheeling mutt with a heart of gold who comes from a very different side of town. We see the pair fall in love and that classic spaghetti-kiss is held in the collective memory of all of us. We have some drama come in to play when Lady’s humans have a baby. She gets pushed aside a bit, and personally hated by Aunt Sarah and her two scheming Siamese cats who have come to stay and help with the baby.

“Lady and the Tramp” is the sixth title to join the Walt Disney Signature Collection, which includes groundbreaking films created or inspired by the imagination and legacy of Walt Disney, featuring timeless stories and characters that have touched generations. The film takes its place alongside ‘Snow White and the Seven Dwarfs‘, ‘Beauty and the Beast‘, ‘Pinocchio‘, ‘Bambi‘ and ‘The Lion King‘.

Bonus Features:
BLU-RAY & DIGITAL*:
Film Versions
Original Theatrical Edition – Enjoy this cherished Disney classic that captivates audiences of all ages.
Sing-Along Mode – Sing along with all your favorite songs as you watch the movie.
Inside Walt’s Story Meetings – As you view the film, hear reenactments of Walt’s story sessions with animators and see how their ideas were realized on-screen.

New Signature Bonus
Walt & His Dogs – Through archival recordings and photos, hear the tales of the dogs Walt Disney owned and loved over his lifetime.
Stories from Walt’s Office – Take a tour of Walt’s office suite on the Studio lot, carefully re-created to look just as it did when he occupied it.
How to Make a Meatball and Other Fun Facts About “Lady and The Tramp” – Watch a delicious lesson on how to make perfect meatballs with teen chef Amber Kelley and Oh My Disney Show Host Alexys Gabrielle.

Classic Bonus Features
Diane Disney Miller: Remembering Dad – Walt’s daughter shares memories of her father and Disneyland’s early days, as well as a look at his apartment above the firehouse.
Never-Recorded Song – “I’m Free as the Breeze” – Take a listen to a song originally meant to be sung by Tramp.

Deleted Scenes
Introduction of Boris – Tramp wasn’t always meant to be Lady’s only suitor. Meet Boris the aristocrat and Homer the peasant in this deleted scene.
Waiting for Baby – Lady watches as Jim Dear plans out his new son’s future in this early storyboard.
Dog Show – See the storyboards for this deleted scene in which Lady and Tramp unexpectedly find themselves in the middle of a dog show.

Classic Bonus Features on Digital Only*
Lady’s Pedigree: The Making of “Lady and the Tramp” – A behind-the-scenes look at the making of Walt Disney’s first feature-length animated film based on an original story.
Finding Lady: The Art of the Storyboard – Explore the origins of the storyboard and how they’re used by filmmakers today.
Original 1943 Storyboard Version of the Film – View a unique presentation of the original 1943 storyboards for “Lady and the Tramp.”
PuppyPedia: Going to the Dogs – Wild and wacky comedian Fred Willard takes us on an outing to the dog park to learn all about dogs and their owners.

Deleted Scenes
Turning the Tables – In this story-reel presentation, Tramp dreams of a world where dogs run the show and humans are on the other end of the leash.
The Arrival of Baby – In this alternate scene re-created from original storyboards and with original voice talent, Lady makes way for a new arrival.
Baby Arrives – Lady is baffled by the strange goings-on in the house—the arrival of a squealing bundle only deepens the mystery.
Lady’s Sweater – Lady gets a new sweater for her birthday and must figure out an ingenious way to lose it for good.

*Bonus features may vary by retailer