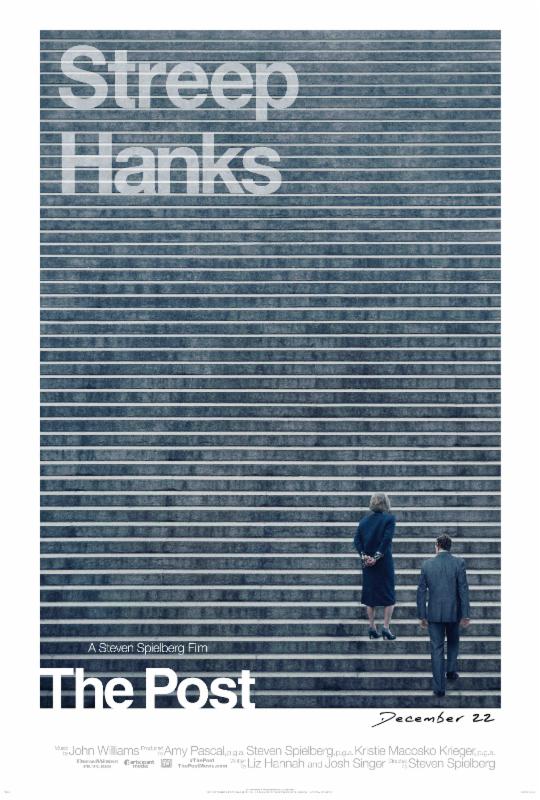 The first trailer and poster for the film ‘The Post‘ is standing straight up. It’s a big deal, because it has Tom Hanks and Meryl Streep in the lead roles with Steven Spielberg in the director’s chair. That’s a powerhouse right there. The film will release on December 22nd, just in time for the holidays, but really, they want to get it in for Oscar consideration. The film releases everywhere next year on January 12. In addition to Hanks and Streep, the film stars Alison Brie, Carrie Coon, David Cross, Bruce Greenwood, Tracy Letts, Bob Odenkirk, Sarah Paulson, Jesse Plemons, Matthew Rhys, Michael Stuhlbarg, Bradley Whitford, and Zach Woods.

Seeing Bob and David on this cast roster might be the best thing since their show on HBO. Just don’t forget that recently, Hanks, Spielberg, and the Coen Bros. collaborated on a movie called ‘Bridge of Spies‘. While that movie was okay, it was just that – okay, which is shocking, considering the talent behind that movie. It should have been the best movie ever made, but it was far from it. This film is written by Josh Singer, who wrote the Oscar winning movie ‘Spotlight‘, which makes sense, because ‘The Post‘ is basically the same movie as ‘Spotlight‘. We will get some fantastic John Williams music though here.

Steven Spielberg directs Meryl Streep and Tom Hanks in The Post, a thrilling drama about the unlikely partnership between The Washington Post’s Katharine Graham (Streep), the first female publisher of a major American newspaper, and editor Ben Bradlee (Hanks), as they race to catch up with The New York Times to expose a massive cover-up of government secrets that spanned three decades and four U.S. Presidents. The two must overcome their differences as they risk their careers – and their very freedom – to help bring long-buried truths to light.