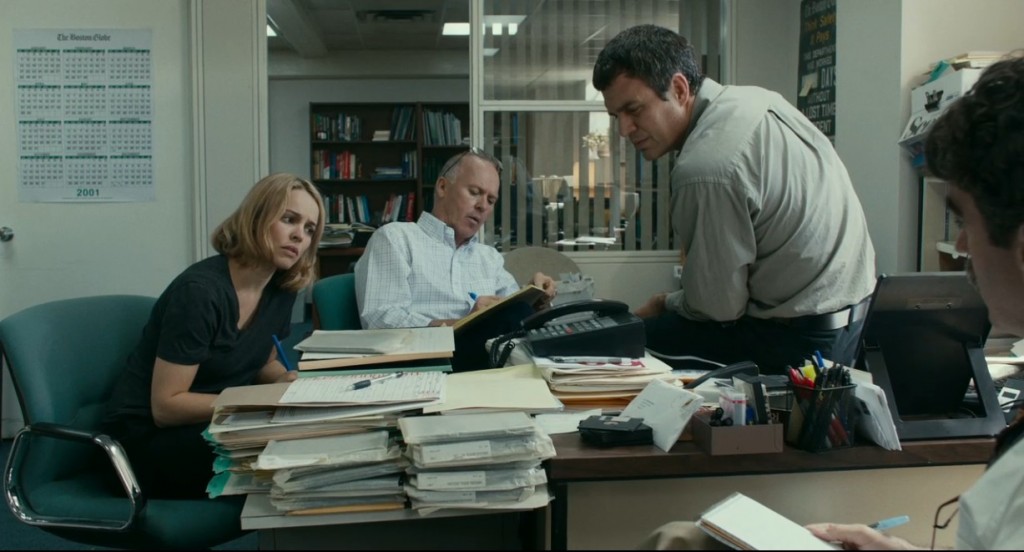 Directed by Tom McCarthy, “Spotlight” is named for the four-person investigative journalism team at The Boston Globe tasked with the challenge of uncovering the Catholic Church sexual abuse scandal and subsequent cover up.  The film follows the eight-month long research and reporting that went into the Pulitzer Prize winning pieces published in 2002.

Michael Keaton plays Walter ‘Robby’ Robinson, editor of Spotlight, and leads reporters Michael Rezendes (Mark Ruffalo), Sacha Pfeiffer (Rachel McAdams), and Matt Carroll (Brian d’Arcy James)—all of whom find varied levels of internal conflicts reflected from their own upbringings in the Catholic Church.  However, the more they learn, a moral compass and sense of justice erase any qualms about following the story through to the end.

As the new editor-in-chief of the The Globe, Marty Baron (Liev Schreiber) assigns Spotlight the job of breaking one of the most unsettling stories of this century while managing editor Ben Bradlee Jr. (John Slattery) seems most cautious about launching an attack on the Church. 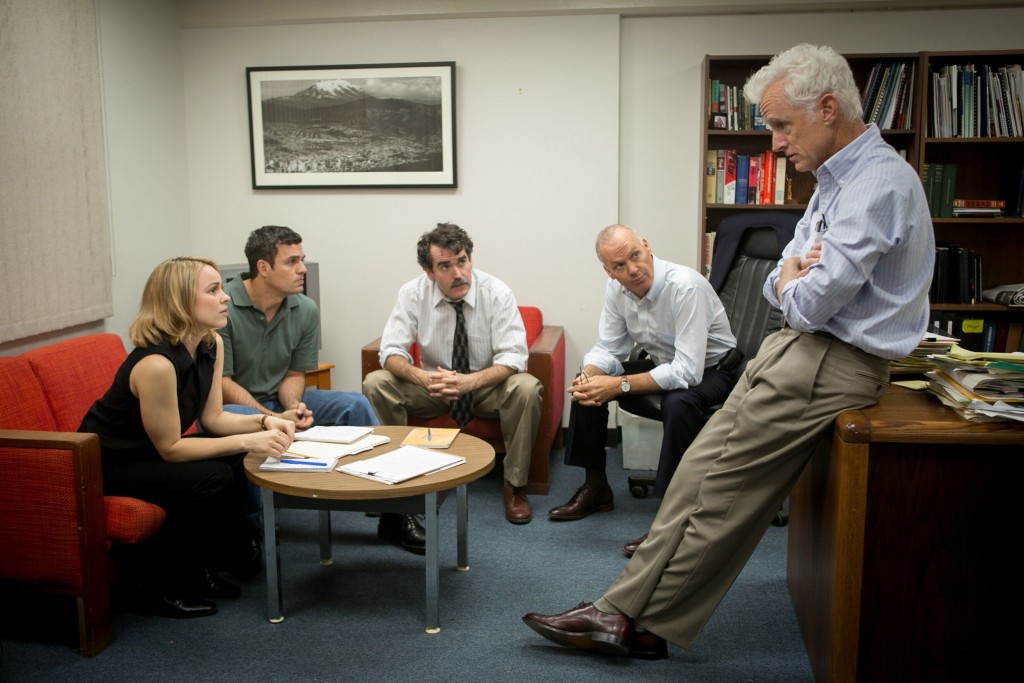 “We need to focus on the institution, not the individual priests.  Practice and policy.  Show me the church manipulated the system so that these guys wouldn’t have to face charges.  Show me they put those same priests back into parishes time and time again,” Baron emphasizes.

The team functions as a well-oiled machine with Carroll taking the lead on research, Pfeiffer warmly and patiently drawing out the disconcerting details through in-person interviews with victims, and Rezendes hounding attorney Mitchell Garabedian (Stanley Tucci) for victim contact information.

While the end result of the movie is known, what it does best is pay homage to the disappearing art of long-form investigative journalism. In the time of news sensationalism driven by a need to have the story first and not always right, “Spotlight” upholds the professionalism of the journalistic craft through patience, fact-checking, interviewing and tireless research. 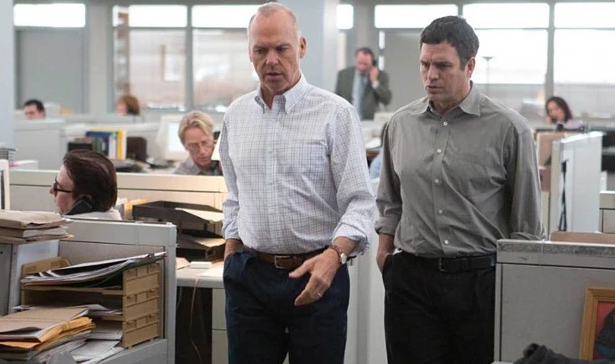 With Boston as the backdrop, McCarthy subtly weaves the city through characters without letting thick accents get too campy.  However, don’t expect much in the way of a visual spectacle—when most of the action takes place in a newsroom, it’s hard to avoid all the coffee-stains and pleated khakis.

Even though the film could easily focus on the overly-flawed, wry journalist caricature or delve deep into the heinous acts committed by the clergy, it instead uses near perfect dialogue and graphic description to paint a picture of the disturbing, long-standing, wide-spread scandal.

As the story reaches the climax, all lovers of journalism will find deep satisfaction watching the paper go to print, get stacked and bundled, and head out on early morning trucks.

In arguably the best film on journalism since “All the President’s Men,” “Spotlight” gets it all right.