‘Brigsby Bear’ is coming to Blu-ray! 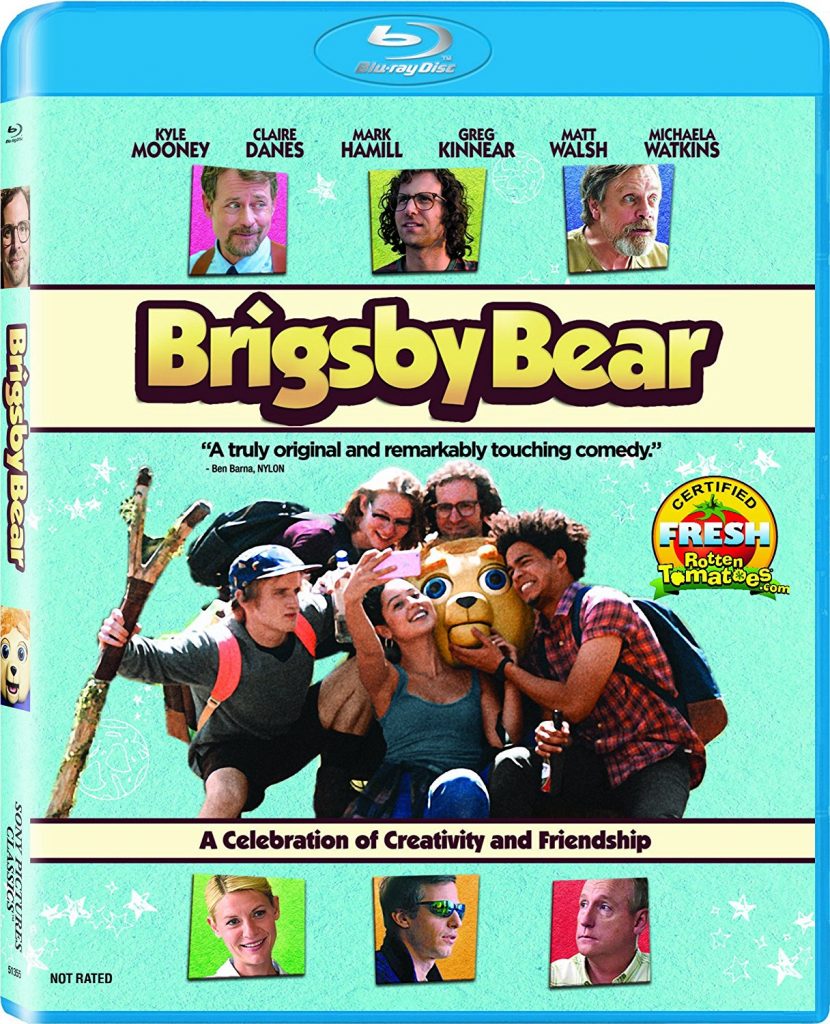 ‘Brigsby Bear‘ is coming to Blu-ray and Digital Streaming on November 14th from Sony Pictures. You might have missed ‘Brigsby Bear‘ in the theaters, but it’s one you shouldn’t miss at home. The film is written by Kyle Mooney and directed by Dave McCary, who both still work at ‘SNL‘. The film stars Mooney, Claire Danes, Mark Hamill, Greg Kinnear, and Matt Walsh  and is a mix of comedy and emotions about a young man, setting out to make a movie. There’s so much more to it than that, but I don’t want to give anything away. Bonus features will include deleted scenes, a commentary track, deleted scenes, and more. More below.

Bonus materials on the Blu-ray, DVD and digital versions of BRIGSBY BEAR include: “Twin Speak: Kyle & Dave,” a featurette in which Kyle Mooney and Dave McCary reflect on their creative partnership that spans from grade school to Saturday Night Live; “An Evening with Brigsby Bear,” featuring a Q&A featuring Kyle Mooney, Dave McCary, Mark Hamill and more; “The Wisdom of Brigsby Bear,” a collection of life lessons from Brigsby himself; plus, a filmmaker commentary and hilarious gag reel.  Exclusive to Blu-ray and digital release, fans can get more with deleted and extended scenes as well as a coveted lost episode of the “Brigsby Bear” series entitled “The Festival of Kindness.”

James has grown up with the kids’ show Brigsby Bear and the program has grown with him as well. But to say James’ intensely protective parents have kept their son a bit sheltered is an understatement. One dramatic night, James’ insular world is upended. Upon learning the series has been cancelled, he adopts the old adage that the show must go on. By becoming Brigsby Bear’s new creator, James finally builds meaningful connections his life has lacked.