The 15th Annual Tallgrass Film Festival is set to run from October 18 – 22 in Wichita, KS. The weekend boasts the inaugural presentation of the L.M. “Kit” Carson Storyteller Award to Larry Gross (‘48 Hours‘), and Ad Astra Award presentation to Rose McGowan (‘Charmed‘). Among the throng of films (182!!!) the fest has to offer, there are gala events, after-parties, and enough events to keep anyone, from the most green of festival-goers to the most seasoned pros that binge-watch for a living, entertained, interested, and hell, even relaxed. One of the ticket packages includes a massage.

The festival has given us a complete lineup of films for their 2017 event and since it’s my job, I’m giving it to you.

Tallgrass 2017 will feature 182 films broken down that’s 47 features, 135 short films, representing 34 countries with more than 60 filmmakers expected to attend. The films were chosen from more than 2000 film submissions. If your personal brand of entertainment falls into the category of awesome including some phenomenally cool indies, fascinating documentaries or mind-blowingly creative short films, you’re going to find something here to satisfy.

Buy your tickets and start personalizing your festival days here.

FOR THE BIRDS (VIR DE VOËLS) North American Premiere
Director: Quentin Krog
Country: South Africa, Running Time: 124min
It’s the 70’s and Irma Humpel, an independent-thinking young woman, finds herself in front of the minister with Sampie de Klerk. How did she get here? Is she ready for this kind of commitment?
Preceded by
FIDGET SINNER
Country: USA, Running Time: 7min 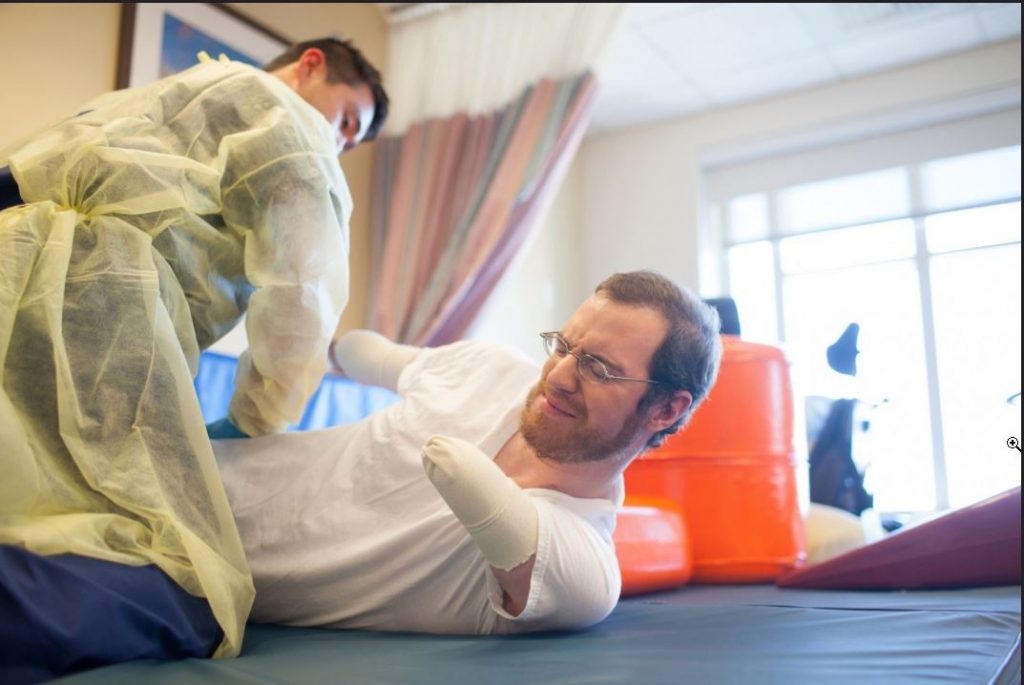 STUMPED
Director: Robin Berghaus
Country: USA, Running Time: 72min
When filmmaker Will Lautzenheiser’s limbs are amputated, his life is derailed and he turns to stand-up comedy as a therapeutic and creative outlet. Meanwhile, a world-famous medical team is performing transplants that restore bodies to unprecedented levels. Despite grave risks, Will agrees to undergo an experimental double-arm transplant in the hope of reclaiming his independence.

I HATE THE MAN IN MY BASEMENT
Director: Dustin Cook
Country: USA, Running Time: 92min
Lonely and isolated, and still grieving for his murdered wife, Claude develops an unexpected crush for salsa instructor Kyra. Unfortunately, he’s not sure how to move forward since he still has this… situation…in the basement. 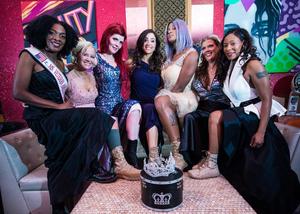 SERVED LIKE A GIRL
Director: Lysa Heslov
Country: USA, Running Time: 90min
SERVED LIKE A GIRL chronicles the lives of female veterans as they compete for the crown of Ms. Veteran America, raising funds and awareness for their homeless sisters. 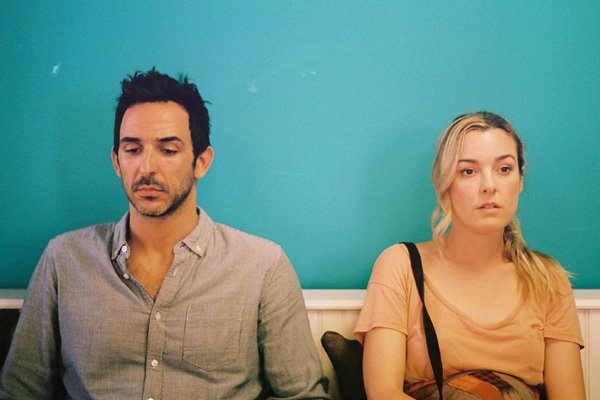 20 WEEKS Stubbornly Independent Nominee
Director: Leena Pendharkar
Country: USA, Running Time: 89min
20 WEEKS is a romantic drama about love, science and how prenatal and genetic testing impacts everyday people. Against the backdrop of modern-day Los Angeles, the story follows Maya and Ronan’s journey – interweaving their past and present – after learning that their baby has a serious health issue at their 20-week scan. Inspired, in part, by writer/director Leena’s Pendharkar’s real life experiences with her second daughter, the film seeks to explore an intimate issue that isn’t often talked about.

48 HRS. (1982)
Director: Walter Hill
Country: USA, Running Time: 96min
A hard-nosed cop reluctantly teams up with a wise-cracking criminal temporarily
paroled to him, in order to track down a killer.

ALASKA IS A DRAG
Director: Shaz Bennett
Country: USA, Running Time: 83min
Leo, an aspiring drag superstar, and his twin sister are trapped in the monotony of fish guts and fist fights. He fights back out of necessity which catches the local boxing coach’s attention. Leo has to face the real reason he’s stuck in Alaska.
Preceded by
DRAGTAVISTS
Director: Savannah Rodgers
Country: USA, Running Time: 7min

BLACK COP
Director: Cory Bowles
Country: Canada, Running Time: 91min
A black cop is pushed to the edge, after his colleagues profile him while off-duty. In this hyper-active satire, he figures out a way to take out his frustration… at work.
Preceded by
GOODBYE, OLD GLORY
Director: Jordan Haro
Country: USA, Running Time: 17min

BLUR CIRCLE Stubbornly Independent Nominee
Director: Chris Hansen
Country: USA, Running Time: 92min
Jill Temple is a single mother still grieving the loss of her young son after he disappeared two years ago. Unable to face the possibility that she has lost him forever, she pursues every lead and meets Burton Rose, a man with a mysterious past. The details of that past – and how Burton has responded to it – force Jill to look at her life in a completely new way.

BOMB CITY Stubbornly Independent Nominee
Director, Jameson Brooks
Country: USA, Running Time: 95min
Based on the true story of Brian Deneke. BOMB CITY is a crime-drama about the cultural aversion of teenage punks in a conservative Texas town. Their ongoing battle with a rival, more-affluent group of jocks, leads to a controversial hate crime that questions the morality of American justice.

THE FEELS
Director: Jenée LaMarque
Country: USA, Running Time: 90min
Andi and Lu are excited to celebrate their upcoming wedding with a joint bachelorette weekend in wine country. On the first night, Lu reveals a secret that derails the weekend in unexpected and poignant ways.

THE KING’S CHOICE (KONGENS NEI)
Director: Erik Poppe
Country: Norway, Running Time: 130min
Based on the true the story about three dramatic days in April 1940, when the King of Norway is presented with an unimaginable ultimatum from the German armed forces: surrender or die.

LUCKY
Director: John Carroll Lynch
Country: USA, Running Time: 88min
Having outlived and out-smoked his contemporaries, Lucky finds himself at the precipice of life, thrust into a journey of self exploration, leading towards the often unattainable — enlightenment.

PLANET TERROR (2007)
Director: Robert Rodriguez
Country: USA, Running Time: 105min
After an experimental bio-weapon is released, turning thousands into zombie-like creatures, it’s up to a rag-tag group of survivors to stop the infected and those behind its release.
Preceded by
DAWN (2014)
Director: Rose McGowan
Country: USA, Running Time: 17min
Dawn is a quiet young teenager who longs for something or someone to free her from her sheltered life. 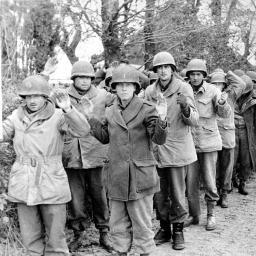 ARCTIC SUPERSTAR
Director: Simen Braathen
Country: Norway, Running Time: 70min
The indigenous, Samí rapper, SlinCraze, is trying to earn a living and make a name for himself — the only problem is that less than 20,000 people speak his endangered language.
Preceded by
RULE OF NATURE
Director: Dieter Primig
Country: Namibia, Running Time: 26min

CITY OF JOY DOX Spotlight Nominee
Director: Madeleine Gavin
Country: USA, Running Time: 74min
In Eastern Democratic Republic of Congo, an area waging one of the longest conflicts in history and ravaged by sexual violence – we discover The City of Joy. This ultimately uplifting film centers around Jane, a student in the first class at a center where women who have suffered unimaginable abuse come together to create a revolutionary community of leaders.
Preceded by
CONTENDERS
Director: Divya Pathak
Countries: UK/India, Running Time: 13min

THE CREST
Director: Mark Covino
Country: USA, Running Time: 83min
Two descendants of an Irish king journey to an island where he once presided-not to reclaim the land, but to surf the waves. An immigrant story that reminds us how we all came from somewhere else.
Preceded by
INBOX
Director: B. Welby-Delimere
Countries: UK/Ireland, Running Time: 8min

DOLORES
Director: Peter Bratt
Country: USA, Running Time: 95min
Portrait of one of the most important, yet least known, activists. Dolores Huerta tirelessly led the fight for racial and labor justice alongside Cesar Chavez, only to become embroiled in a battle for gender equality.
Preceded by
SILO: EDGE OF THE REAL WORLD
Director: Marshall Burnette
Country: USA, Running Time 10min

FOREVER ‘B’ DOX Spotlight Nominee
Director: Skye Borgman
Country: USA, Running Time: 91min
On October 17th, 1974, in the quiet town of Pocatello Idaho, 12-year-old Jan Broberg was kidnapped by her family’s best friend and neighbor. 18 months later, out on bail and awaiting trial for kidnapping, Robert Berchtold (Brother ‘B’ to Jan and her family) abducted Jan a second time, triggering a nationwide FBI manhunt. Through threats and brainwashing, Brother ‘B’ successfully turns Jan against her own family, while simultaneously manipulating her parents who paved the way for Jan’s abduction, in plain sight.

OLYMPIC PRIDE, AMERICAN PREJUDICE
Director: Deborah Riley Draper
Country: USA, Running Time: 84min
17 men and women, with Jesse Owens, defied Jim Crow and Adolf Hitler and won hearts and medals at the 1936 Summer Games in Berlin. These trailblazers kicked open the door to a new society and are a seminal moment in the fight for equality.

ON THE SLY: IN SEARCH OF THE FAMILY STONE
Director: Michael Rubenstone
Country: USA, Running Time: 82min
Michael Rubenstone sets out to find the reclusive funk legend, Sly Stone. He manages to bring Sly out of hiding and record the history of Sly and the Family Stone band.

SPETTACOLO
Directors: Jeff Malmberg, Chris Shellen
Country: USA, Running Time: 91min
Once upon a time there was a tiny hill town in Tuscany that found a remarkable way to confront their issues — they turned their lives into a play.

WOMAN ON FIRE
Director: Julie Sokolow
Country: USA, Running Time: 90min
Follow Brooke Guinan, the first openly transgender firefighter in New York City as she sets out to challenge perceptions of what it means to be transgender in America today.

THE UNTOLD TALES OF ARMISTEAD MAUPIN
Director: Jennifer M. Kroot
Country: USA, Running Time: 90min
Follow the evolution of one of the world’s most beloved storytellers from a conservative son of the Old South into a gay rights pioneer whose novels inspired millions to reclaim their lives.