Chucky’s Back with Cult of Chucky! 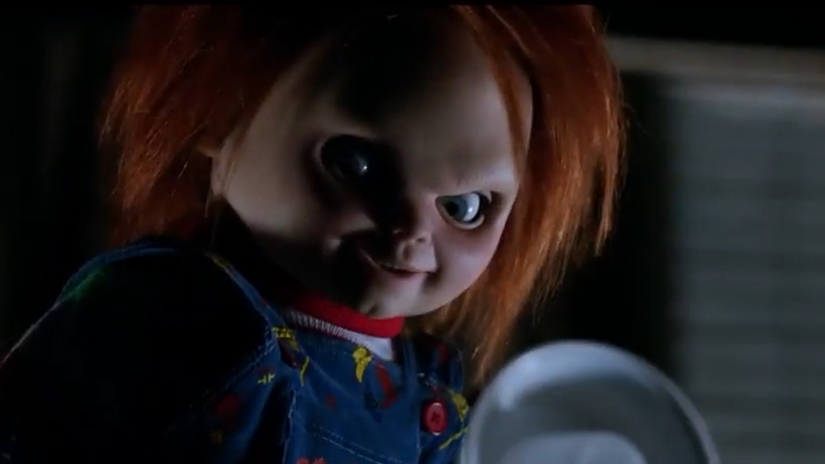 I’m so happy we’re getting another Chucky movie. This one is called Cult of Chucky and will release on October 3rd of this year on Blu-ray, DVD, and Digital streaming. I hope they have some midnight showings at a few theaters around too. Don Mancini is directing this one, which he wrote the original Child’s Play film and the rest of the sequels thereafter.

Brad Dourif is reprising his role as the voice of Chucky as well with his real life daughter Fiona Dourif reprising her role from the last film Curse of Chucky. Jennifer Tilly is returning as Tiffany and Alex Vincent is coming back finally, which he was Andy the kid from the the first two Child’s Play films. Well, Alex did show up for a couple of seconds in the last film, but it looks like he’s fully committed to this role. There’s just something so fun about this whole Chucky universe.

He’s a scary and sadistic doll, but he has a Freddy Krueger like quality in that he loves his cheesy one-liners when he kills his innocent victims. The first two Child’s Play films were pretty solid with the third film taking a whole Full Metal Jacket angle. From there, it got to be quite corny and cheesy, which was fun, but didn’t really deliver any real scares. Then came Curse of Chucky a year or two ago, which returned to a mostly straight horror realm. This looks to be in that same format with a few moments of that sarcastic wit of Chucky. I just can’t wait. 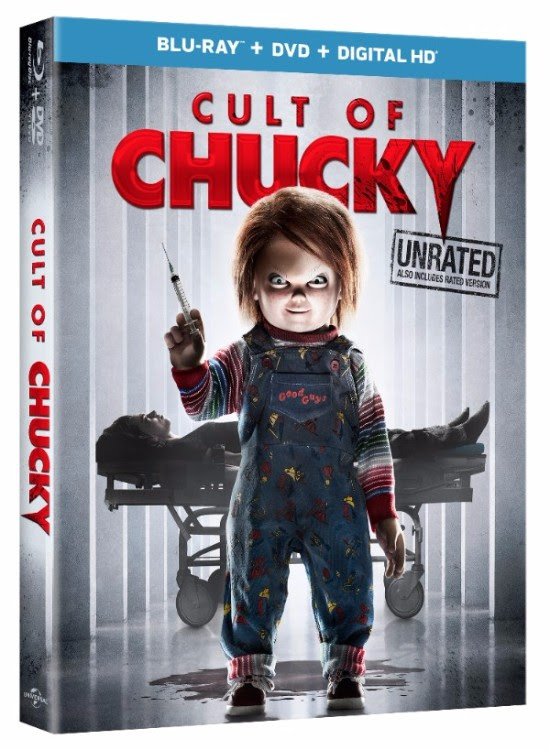 In the film, “Confined to an asylum for the criminally insane for the past four years, Nica Pierce (Fiona Dourif) is erroneously convinced that she, not Chucky, murdered her entire family. But when her psychiatrist introduces a new therapeutic “tool” to facilitate his patients’ group sessions — an all-too-familiar “Good Guy” doll with an innocently smiling face — a string of grisly deaths begins to plague the asylum, and Nica starts to wonder if maybe she isn’t crazy after all. Andy Barclay (Alex Vincent), Chucky’s now-grown-up nemesis from the original Child’s Play, races to Nica’s aid. But to save her he’ll have to get past Tiffany (Oscar-nominee Jennifer Tilly), Chucky’s long-ago bride, who will do anything, no matter how deadly or depraved, to help her beloved devil doll.”

Extras on the Blu-ray include:

Good Guy Gone Bad: The Incarnations of Chucky – a look at all the puppeteering work for Chucky

In conjunction with the release of this film on Blu-ray, there will be a big Chucky 7-Movie Collection for sale as well, releasing Oct. 3rd.