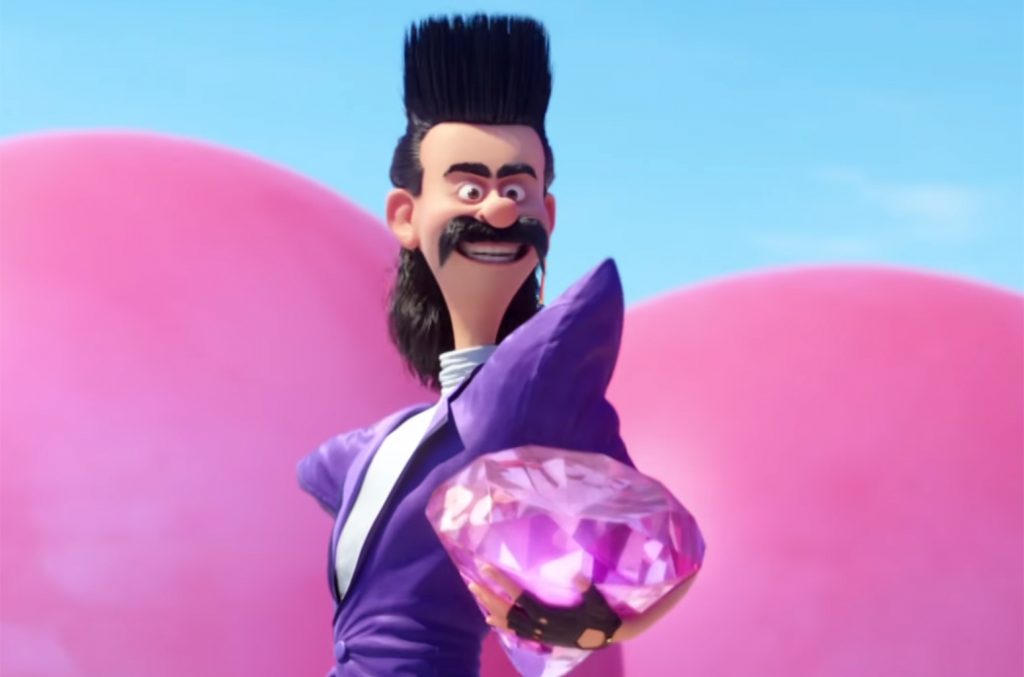 Despicable Me 3, the fourth film in the franchise, brings back to the screen the lovable and “special” characters from the previous films, Gru (Steve Carell), Lucy (Kristen Wiig), Margo (Miranda Cosgrove), Edith (Dana Gaier), Agnes (Nev Scharrel), and those crazy Minions. In addition, a new crazy villain bursts on the screen and in your face, literally EXTREME close-up, Balthazar “Evil” Bratt (one of the comedic greats, Trey Parker). I really liked Parker’s take on the antics and the extra cheese factor as Bratt. Gru’s life has changed so much since Despicable Me 2, he’s married to Lucy and officially fighting crime instead of causing it. Then in an embarrassing display, Evil Bratt sends a deathblow to his career. What will Gru do?

Filled with rich colors and silliness, Despicable Me 3 is funny, but poses one, maybe two, problems for me. The level of nudity in this sequel is disturbing. Does anyone need to see Gru, any of the characters (yes, a Minion shakes its jiggly bottom, too), naked? Not frontal, but this film is obsessed with butts. Over and over again, someone’s butt was in view. A blast of delight is the soundtrack, introducing the 80s classics to a whole new generation.

The soundtrack includes iconic songs like Michael Jackson’s Bad, Madonna’s Into The Groove, Dire Strait’s Money for Nothing, etc. This is also the second film I’ve reviewed within a week that has either ripped-off or paid homage to several iconic films. While watching Despicable Me 3, I recalled Finding Nemo, Dirty Dancing, Star Wars, many more,  and even a shout-out to an unfortunate costume mishap at the Super Bowl (you know which one). 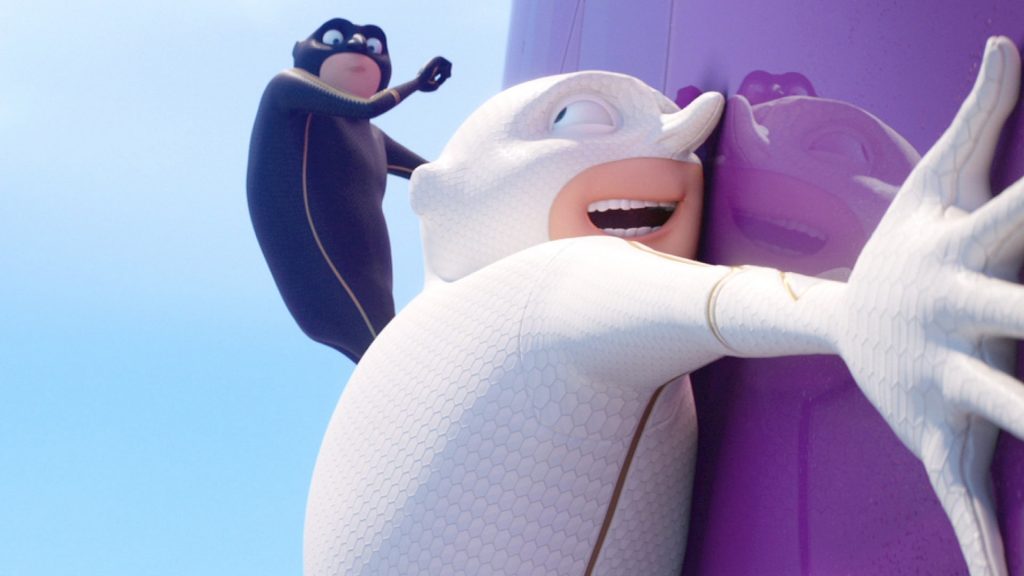 Despite my few hang-ups, I enjoyed watching Despicable Me 3. However, when an eight year old turns their head from the sight of spinning naked fat man in bubble, you know it’s bad. Watch out for your kiddos. There is a reason why this film is rated PG; Parental Guidance is needed. I’m sure I don’t have to in part how impressionable children are. Enjoy the wackiness and gibberish that flows steadily from the Minions’ mouths.