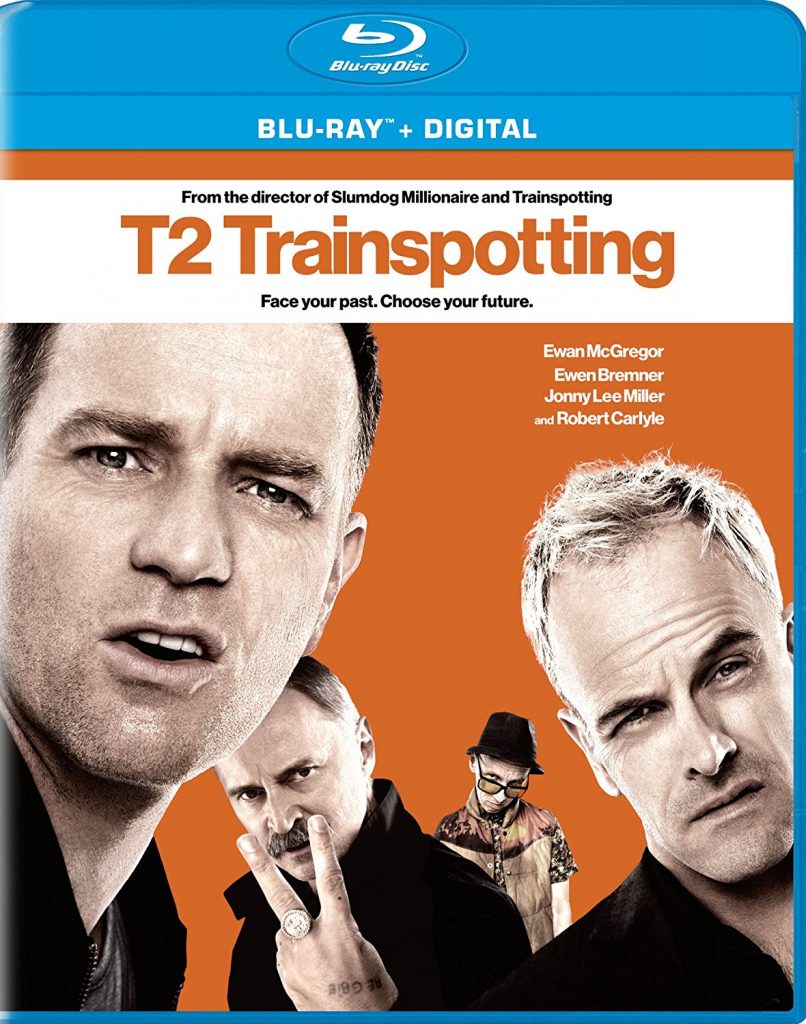 We all got glassed twenty years ago with Danny Boyle’s ‘Trainspotting‘ movie, and we stuck around for two decades to find out which cunts would come back. Luckily, everyone came back for ‘T2 Trainspotting‘, because this sequel is highly entertaining and has some heart beneath all of the scams, drugs, and violence. Some 20 years later, Renton (Ewan McGregor) is back in Edinburgh after hiding out in Amsterdam from the events of the first film. He runs into Spud (Ewen Bremner) who is still addicted to heroine and is not in a good place. The two eventually meet up with Sick Boy (Jonny Lee Miller), who now owns a run-down pub.

Of course, things aren’t all fun and games to begin with, since Renton screwed over his friends in the first film, but Sick Boy and Renton seem to mend bridges and perform a con at a local bar in order to gain money to turn the pub into a brothel. Meanwhile, Begbie (Robert Carlyle) is in prison, however he escapes, sees his family, and is hell-bent on revenge on Renton. After all, Begbie never did drugs. He just did people. Boyle has aged these characters like a fine wine, in that they are still the same people at heart, but have grown up in a away that seems realistic and not at all like they are trying to rehash the amount of pain and thrills of the first film.

Most of the guys have families, kids, wives, and responsibilities, which are all injected into their personalities and decisions in this sequel. Sure, Sick Boy and Renton steal from people while singing an anti-Catholic song and Begbie is still burglarizing houses and ruining people’s lives, but it’s for different reasons this time. Sick Boy and Renton want to open a business and provide for their families with Spud, while Begbie’s son is grown up and wants to show his son his father’s ways. It’s hilarious and sweet in a drug fueled and twisted way to see these guys back together again. Boyle’s camera techniques are on full display here again, as well as some nods to the original film.

Some of the smaller roles from the first film show up in the sequel again, which was great to see, and the dialogue is as good as it ever was between these so called friends. Music was a big factor in the original film in 1996, and this sequel is no different with songs by Blondie, The Clash, Run D.M.C., and Queen, which always adds to the fantastic thrills of the film. The return performances are fantastic and it was excellent to see how easy it was for the actors to fall into these iconic characters again. I’m glad to have aged so well with these guys and it was another great adventure.

The Video: T2 Trainspotting comes with a great 1080p HD transfer and is presented in 1.85:1 aspect ratio. Any Danny Boyle movie is going to be heavy stylized with crazy colors that are washed out or ultra bright with many emotion filters, along with super sharp detail and very grainy, raw footage. Boyle perfectly edits and shoots his films this way to garner strong reactions to the story and characters with much success. T2 Trainspotting is no different. Colors are bright, vibrant, and wonderful throughout. Certain scenes stick out as beautiful, such as when Spud and Renton run up the hills and mountains to exercise.

The green grass and blue skies look fantastic. Other times, such as in the pub with the anti-catholic people, colors are muddled down to give a dirty look. Heavily stylized shots of bright neon color schemes look great too. Detail is sharp when it needs to be, where you can see every bile piece of vomit, freckle, and facial hair on the actor’s faces. Particularly Begbie’s beard with all of it’s different colors of gray and brown. Black levels are deep and inky, but can also be crushed and light, but it’s all part of Boyle’s vision and not transfer issues. This is a great video presentation for sure.

The Audio: This release comes with an amazing lossless DTS-HD MA 5.1 mix and is flawless. It’s loud, robust, and insane from start to finish with one hell of a low end of bass. The music of the film comes with a deep bass score along with some excellent fast-paced rock and hip-hop songs that sounds like you are in the middle of a concert. Sound effects are loud and just ooze with great directionality throughout.

Kicks, punches, takedowns, bottles breaking, and engines revving pack a powerful punch and fully immerse you into the chaotic and drug-fueled film. Ambient noises are heightened here as well, being a Danny Boyle film with tons of crazy city sounds and other noises coming in full force as if it’s dialogue. It’s wonderful on every level. The dialogue is clear and well, not so easy to follow due to the heavy Scottish accent sometimes, but that’s all part of the experience. There were no clicks, pops, or hiss, leaving this audio presentation with great marks. 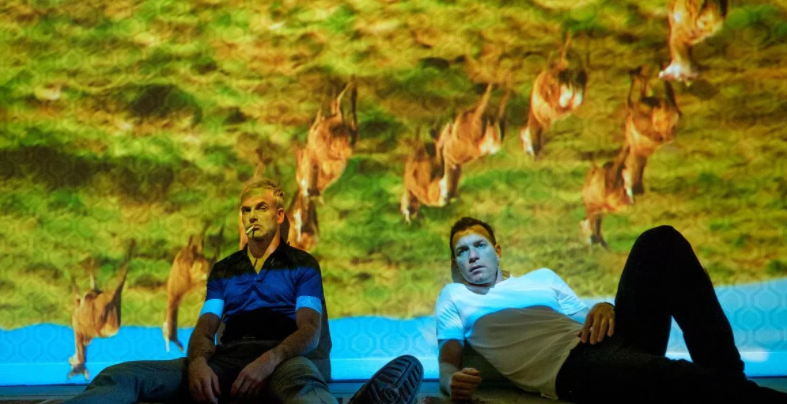 Audio Commentary– Danny Boyle and screenwriter John Hodge deliver a hilarious and quite engaging commentary track here, as they discuss the characters and story some 20 years after the first film. They talk about shooting on location, using the first film, how the characters have aged, and tons more. Definitely worth the listen.

20 Years in the Making: A Conversation with Danny Boyle and Cast (HD, 25 Mins.) – Boyle, Ewan McGregor, Jonny Lee Miller, and Robert Carlyle all sit around and talk about making the film and bring their iconic characters back to the big screen some 20 years later. Excellent bonus feature.

Deleted Scenes (HD, 30 Mins.) – Most of these scenes are just longer or alternate takes of the same scenes in the film. They are fun to watch, but nothing that we haven’t really seen from the film.

Calton Athletic Documentary: Choosing Endorphins Over Addiction (HD, 5 Mins.) – Here is a short, but cool little featurette that shows how exercise and team sports, particularly the Junkies Football Club, can help rid you of drug addiction.

T2 Trainspotting is the sequel and followup to an iconic movie we’ve always wanted. It’s difficult to do a sequel with the same actors and filmmakers after two decades have past, but Boyle and his team have definitely succeeded in this sequel. The video and audio presentations are both great and the extras, while sparse, are excellent and worth watching. Highly Recommended for sure!