Favorite Movie Scene of the Day #1! 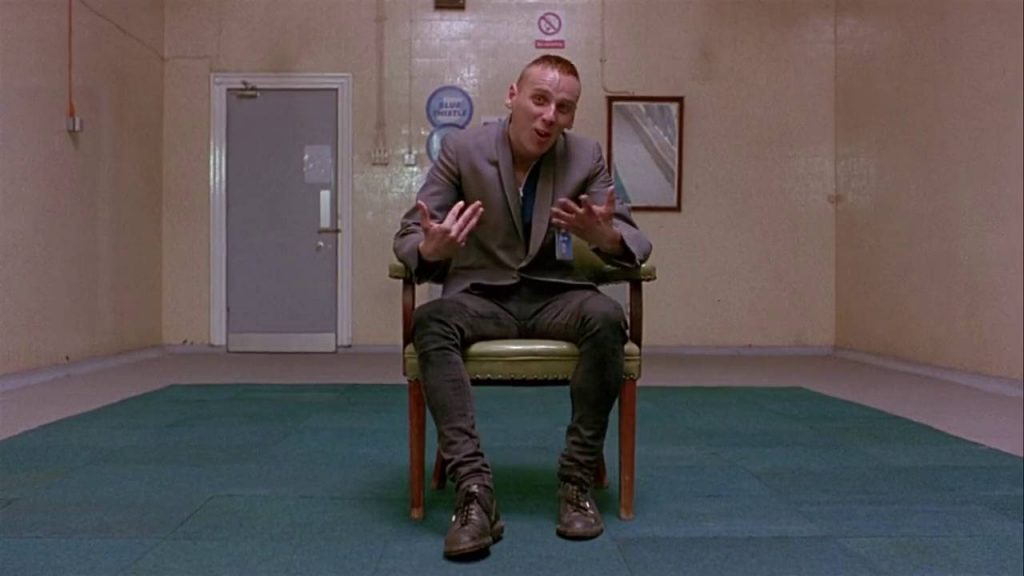 Here’s a new addition to the Boomstick Comics lineup – Favorite Movie Scene of the Day! If you’ve seen any of my interviews with filmmakers or actors, one questions I never forget to ask is What is your favorite scene in a movie that has always stuck with you? Everyone gives different answers and they are always caught off guard and have some fun answering this particular question. Just look how much fun Keanu Reeves had answering the question. It’s different than answering “What is your favorite movie?”, because it allows you to think to a specific moment in a film that really connected with you that you never seem to forget, quote, cry over, or laugh at. So I hope to bring some excellent scenes from movies that you’ve forgotten or haven’t seen in a long while in hopes of rekindling a relationship of passion with your favorite movies and characters. This is #1

We’ve all interviewed for a job before. It’s the worst thing imaginable. Perhaps even worse than watching any David Schwimmer movie known to the world. I joke, of course. Nothing is worse than that. Job interviews are huge stress inducers, awkward, unpleasant, and full of weird and asinine questions that usually have some bullshit answer that you fudge your way through for 3 minutes too long. It’s just how it works. Not all job interviews are like this, but most are. Some uptight people in suits sitting in front of you without a shred of humor, asking you why you think you should be paid for a job you are over qualified for.

In the scene, Spud is discussing his interview with Renton on how nervous he is about doing it. He even shows his hands are shaking. Renton supplies him with some cocaine with a quick cut to the actual job interview where Boyle quick cuts as if the camera itself is high on cocaine and can’t focus on one sentence, let alone try and understand why Spud is saying in his drug fueled interview.

In fact, Spud is the best case scenario in an interview and does exactly what most of us dream of doing.

“He fucked up good and proper.”

Below is the official screenplay of the scene for your reference.