WWE: Money in the Bank 2017 Predictions! 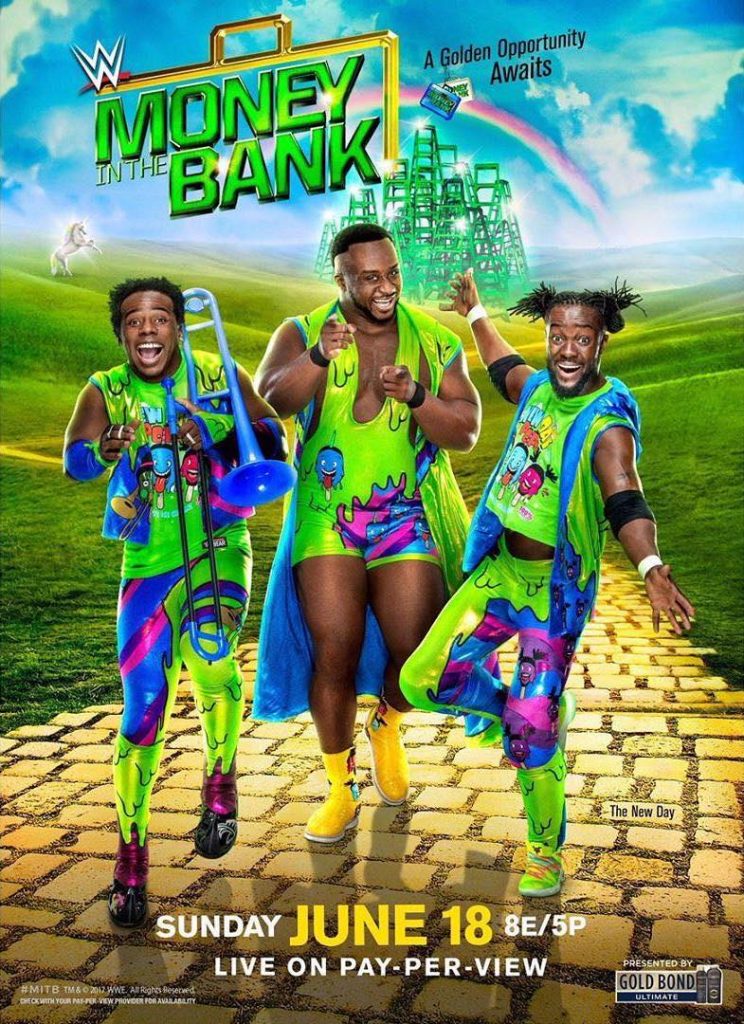 Strung 20 feet high over the center of squared circle, there hangs a metal briefcase with a contract inside. That contract guarantees one WWE superstar a match at anytime, anywhere for the biggest championship in the business. On July 18th in 2010, WWE held their first ever Money in the Bank PPV held in Kansas City, which was met with an abundant amount of praise. The WWE superstars must climb a very tall ladder and unhook the briefcase to win the match. There are no rules, no disqualifications, and all weapons and interferences are legal.

There are only five matches scheduled so far for the PPV, which is rather light for a WWE PPV with an additional match being on the Pre-Show. I expect an additional match to be announced or the the two Money in the Bank matches to last more than 30 minutes each. Either way, I don’t expect a ton of surprises for this Money in the Bank PPV, due to Summerslam being only a few weeks away, where I imagine more titles will change hands and waists then. That doesn’t mean Money in the Bank won’t be good. I just don’t expect new champions here. And I must say, the above promo poster for this year is simply amazing and proves that WWE is taking a new approach and not trying to be so serious all the time. 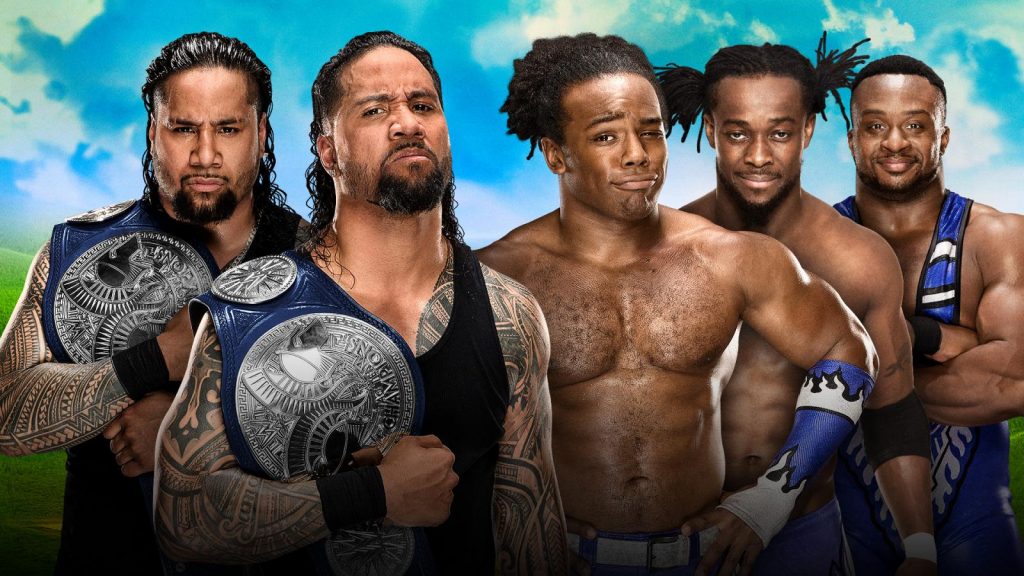 THE USOS VS THE NEW DAY

The Usos have completely done a 180 on their characters and it has 100% succeeded since they turned heel. They are so much fun to watch cheat their way to win every match, but we all know they can handle their own, which is why they are still the Tag champs. On the other side, you have The New Day, which are what magical unicorn dreams are made of. The New Day are the longest reigning Tag Champs in the WWE, however they lost their titles a while ago and have more or less been absent from television for a while. It looks like now, they are back in the squared circle to try and win their titles back. I don’t see The New Day winning here, because it just wouldn’t make sense yet. There’s not a big enough feud nor do they need to win.

That being said, perhaps the best Tag Team in the business are the American Alpha, which have been non-existent on television. What we need is balance to the force if I may say so. All the tag teams on Smackdown Live are faces, minus The Usos. We need another heel tag team and what better team than American Alpha to take that job on. It would allow Chad Gable and Jason Jordan to perfect their personas in the perfect way and dominate the Tag Team division for a while. They are the new blood and they need the push. The New Day will always be beloved and no matter what they do, everyone will love them, therefor they don’t need to be on top right now. That all being said, The Usos will retain at Money in the Bank by way of cheating or disqualification. 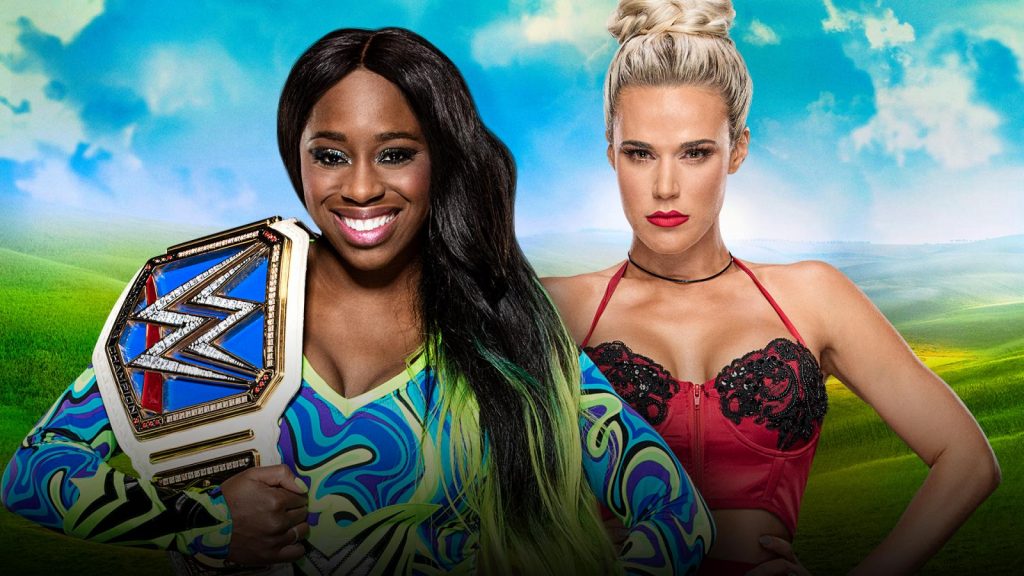 Okay, this is for the Smackdown Women’s Championship, where Naomi is still the champion at the moment. She’s a great wrestler, but might have the worst move in the business with her quick high kicks, which never seem to make an impact. It’s laughable. Naomi doesn’t really have a character yet, but is loved by the audience. Then there is Lana who was Rusev’s on-stage and real life wife and manager. A year or so ago, she was the best on the mic and incited such crowd reactions, that you’d think she’d be running for office.

She doesn’t really wrestle until now, where she is set to take on Naomi. I’m all for this. I’m sure Lana will be an amazing wrestler and she is by far better on the mic than any of her colleagues. There is no way Lana wins here. At least not yet, unless WWE wants to push her to the top extremely fast. That wouldn’t be prudent by anyway, but it’s happened before. Instead, they should build this rivalry and have Naomi turn heel. My prediction, Naomi retains the title, perhaps until Summerslam where Lana will win the gold. 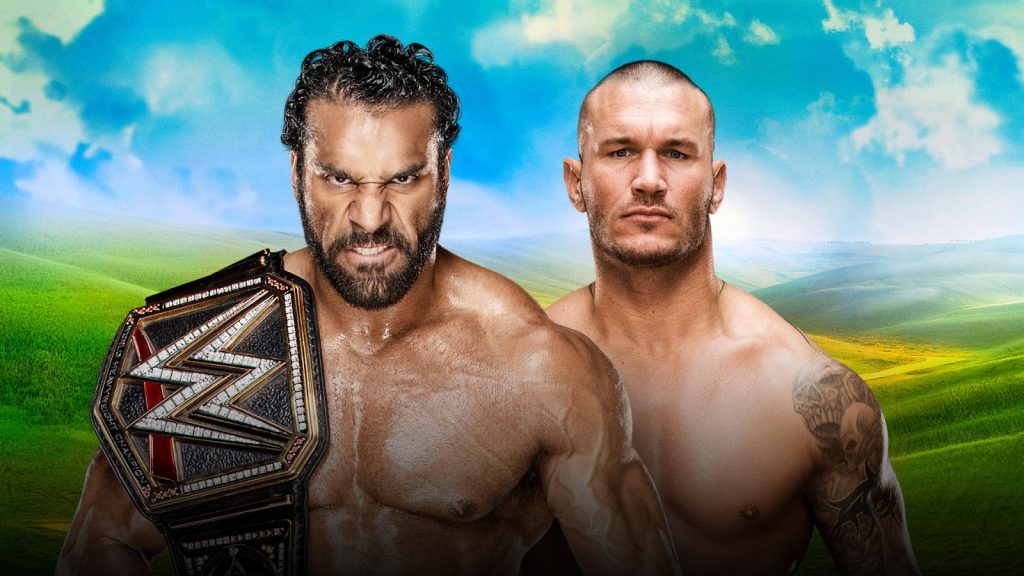 “Say what you will about the tenets of national socialism, at least it’s an ethos”, Jinder Mahal is KING of all he surveys and is badass right now. He has taken the card from Seth Rollins in having his own security team which are half his size, but are loyal and true to protecting him and helping him cheat. With the recent big opening of WWE in India, Mahal is the logical choice to be the WWE Heavyweight Champion, which he is at the moment. Mahal is a huge heel, playing up the Islamic character that results in USA chants from the audience. People still seem to love him though, because they know he’s top talent.

Then you have Randy Orton, who is about 65 years old and has been a champion 178 times. He no longer needs to be champion, even though he is in top shape and still proves he is one of the best wrestlers in the business. This is not the first time we’ve seen these two wrestle. Last PPV, Mahal beat Orton and won the title. It would be ridiculous for Mahal to only have the title for one month, then give it up again, therefor I say Mahal retains by way of cheating or disqualification. Moving onto Summerslam with this prediction, we could have John Cena vs Jinder Mahal. It’s going to happen – you watch. 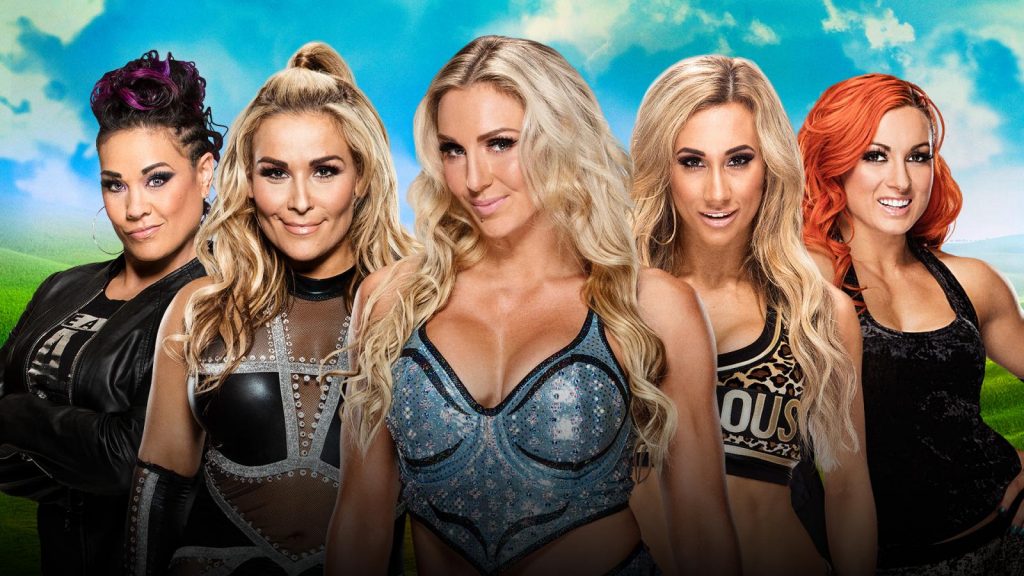 The first ever women’s Money in the Bank Ladder Match is taking place this Sunday and it should be awesome, given the talent here. We have Tamina, Carmella, Natalya, Charlotte Flair, and Becky Lynch vying for that Money in the Bank contract. Flair is out. Why, you ask? Because she is the BEST wrestler in the business, male or female and has been the champion before numerous times. Lynch is a fan favorite as well and has been champion too, but is the same character day in and day out. She’s quite stale.

Then you have the heels in Natalya (sans cat), Tamina, and Carmella with her sidekick James Ellsworth, who will no doubt be ringside. Natalya has been around for a long time and Tamina doesn’t have a great storyline nor the crowd on her side to win. This is Carmella’s match to win. She’s great on the mic, one hell of a wrestler, and is an amazing heel who would use that breifcase to win every match until she decides to cash in with the help of Ellsworth. Mark it down that Carmella will moonwalk her way to victory on Sunday and challenge Naomi very soon.

The co-main event will be the men’s Money in the Bank ladder match, with some interesting wrestlers. Let’s talk Kevin Owens and AJ Styles. These are arguably the best wrestlers that ever lived, both of which have been big champions in WWE for long hauls. Owens is out, because he just got off a title reign. AJ Styles will be a long reigning champion again, but it won’t be this way by Money in the Bank. Although, I would completely support AJ Styles even if he said the worst movie of all time was Army of Darkness. Then you have Sami Zayn, who is the all-around goofy, fun, badass wrestler who rarely wins matches. It would be awesome to see Zayn win here, but it’s just not going to happen. He’s happy putting other people over than becoming champion. Plus, if Zayn won here, he would just lose the match where he cashes in, because he would do it the face way, the good way, and not cheat his way to win, unless he turned heel and sided with his former best friend Kevin Owens. If that happened, I’d Golden God it off my roof into a wooden table to appease the Dudley boys.

Then there is Dolph Ziggler, who won the Money in the Bank back in 2012. Ziggler is older than my dead grandmother and has one two matches in the last five years. Like Zayn, he’s amazing at getting other people over and puts on stellar and fantastic matches every time he’s in the squared circle. Come Sunday, he’s going to steal the show, but he won’t win by any means. Next comes Shinsuke Nakamura who is new to the main card in WWE, but might be the absolute BEST performer in the entire world. The guy emulates Michael Jackson at his coolest and hits as hard as Mike Tyson. I would love nothing more than to see Nakamura win the contract and become champion until Michelle Obama is President of the United States. It’ just not going to happen yet. I see, Nakamura winning the title at Wrestlemania in New Orleans next year and having the title for at least a year. He will put on a great ladder match for sure, but it’s not his to win, which brings us to the last member of this ladder match – Baron Corbin.

Yes, the lone wolf (no relation to Liam Neeson), will win Money in the Bank. WWE has been slowly building up Corbin, and he seems to be unstoppable. Even when Corbin loses, he really doesn’t lose. If, no when Corbin wins the contract, it will set up a damn cool main event down the line against Jinder Mahal or John Cena. Corbin has been in main events for a while now and has proved he has what it takes to be in a hardcore match. So yes. Corbin is winning.

Stay tuned for commentary after the event.