First off, my favorite Marvel Cinematic Universe film is ‘Guardians of the Galaxy‘. I love the weird, oddball, and sometimes anti-hero characters so much, the dialogue, and the feel of the whole movie, that I really connected to it and enjoyed it on every level. This group of heroes are not the norm and I relish in all their conflicts, endearing moments, and witty banter. That brings us to Vol. 2 that reunites all of our favorite characters as they go on missions to save the galaxy.

Running at about 15 minutes longer than the first installment, Peter Quill (Chris Pratt), Gamora (Zoe Saldana), Drax (Dave Bautista), Rocket (voiced by Bradley Cooper), and Baby Groot (voiced by Vin Diesel). Right from the opening scene, that famous brand of musical energy and comedy from the first film is evident, which is a good thing here. It brings up that thrilling and energetic feel that makes you smile and laugh instantly again as our Guardians battle a space enemy. Some familiar faces also show up Nebula (Karen Gilliam), Yondu (Michael Rooker), and Kraglin (Sean Gunn), along with some new faces. 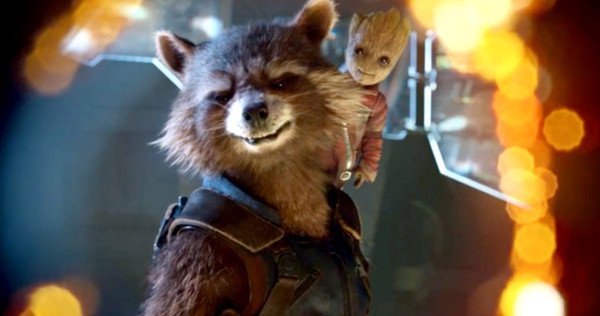 For a lot of the film, the Guardians are split up in different parts of the galaxy, which gives us some more intimate time with each character, both old and new as Peter meets someone from his past and Nebula and Gamora come to terms with their sibling rivalry. The action pieces are on a large grand scale with some winks and nods to another space opera called ‘Star Wars‘. In fact, there were several moments when I thought the characters would actually look at the camera and wink at us and whisper “Star Wars“. Of course the music selection is fantastic once again with a mix of popular tunes from a few decades ago and is basically its own character in the film.

Baby Groot always steals the show in each scene while Drax just kills it with every deadpanned delivery. There is a bit of some slow pacing throughout, which kind of drags down the film along with a ton of beautiful yet overbearing CGI. I miss the days when things were practical. With the slow pace even, you’ll still very much enjoy this second outing with all of these characters, even if it feels a bit of the same old thing as last time. 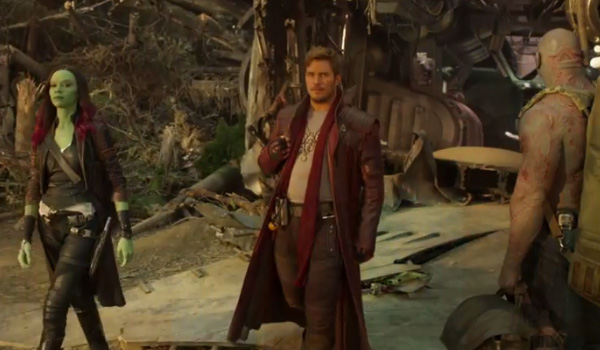 The thing that works is the chemistry, characters, and hilarious dialogue that brings ‘Guardians of the Galaxy Vol. 2‘ to a very entertaining place in your heart. Also, be sure to stick around for the FIVE end credit sequences. Yes, there are FIVE of them. Overkill? A bit much.