Blu-ray Review: ‘How to Steal a Million’! 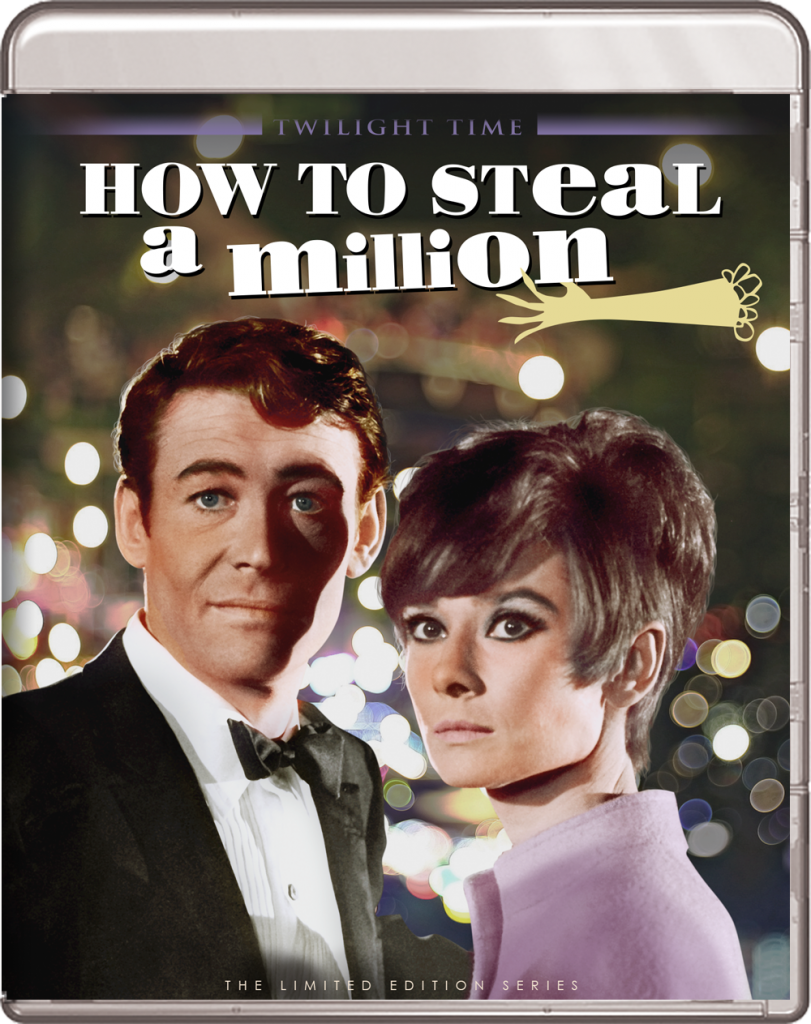 In 1964, Audrey Hepburn made My Fair Lady, which was met with critical claim and financial success. After all of the chaotic press tours, media coverage, and award shows that followed that film, Hepburn joined the cool, fun film How To Still A Million in 1966 with Peter O’Toole, along with William Wyler as director (Ben-Hur, Roman Holiday, The Best Years of Our Lives). Not exactly a light-weight. How To Still A Million can be compared to Ocean’s 11, The Thomas Crown Affair, or the recent Trance film if it were a comedy and light-hearted.

I wouldn’t go as far as to say that this 1966 comedy heist movie is as funny or as thought out as any of those films, but it certainly has an undeniably charming chemistry between Hepburn and O’Toole that you instantly connect with. There are no hip music renderings, or big shots of Vegas, montages of people working their angles. In fact, this is a big dialogue driven movie, however it’s the two main stars that really push this movie into a very enjoyable pace and viewing experience, as we see an unlikely romance, along with some high end art robberies.

The movie centers around Nicole Bonnet (Hepburn), who is the daughter of Charles, who collects high end art pieces, but are all fakes. Nicole is not happy that her father does this for a living, by swindling people, but she gets by. When a museum in Paris wants to show off Charles’ famous Cellini statuette, Charles is ecstatic and agrees to gain fame. However, when he agrees, the museum tells him there will be an expert to certify its authenticity, which could land Charles in jail. That’s when Nicole enlists the help of a thief named Simon (O’Toole) to help her steal the statuette before it can be shown.

Needless to say, Simon and Nicole fall in love while hatching their plan to steal the fake statuette from the museum that has top of the line security. There is nothing political or satirical about this film. It’s all surface level and meant to be a fun and enjoyable ride, which is perfect for this type of movie. You don’t always need to have some underlying meaning to everything. Sometimes, you just want to have fun, and with Hepburn and O’Toole at the wheel, you can expect a great time with their endearing and fun performances.

This is not William Wyler’s best film by any means, which would be difficult to say, given his film reel, but he tells a good story and shoots the lovely scenery on location in Paris, along with gorgeous costumes and jewelry worn by Hepburn. Needless to say, she looks like a goddess. If that weren’t enough for you here, the score is by none other than John Williams. Yes, that John ‘Star Wars’ Williams. It’s memorable to say the least. How To Steal a Million still holds up after all these years and reminds you that Hepburn and O’Toole were some of the best actors around. A fun movie.

The Video: How To Steal a Million comes with a new 1080p HD transfer and is presented in 2.35:1 aspect ratio. This Blu-ray is definitely an upgrade from the previous DVD release of the film. Everything just looks stunning here. Detail is sharp and vivid throughout, which showcases every piece of sparkling jewelry on Hepburn’s body that has a great shine to it. The wardrobe also shows individual great stitching from the stores of Paris as well.

Makeup blemishes look great, as well as facial lines too. Wide shots look impressive, giving the movie some depth. Colors pop and are well saturated and balanced throughout. The gorgeous reds of the lavish rooms and fantastic colors of Hepburn’s dresses look amazing. Black levels are deep and inky and the skin tones are natural. There were a few scenes where grain fluctuated and looked soft, but that was about it. Still, a great video presentation here.

The Audio: This release comes with a lossless DTS-HD MA 2.0 Stereo mix and a DTS-HD MA 1.0 Mono mix. Both sound great and full with the 2.0 separating some of the sounds to give a more immersive experience, but not by much. Dialogue is clear and easy to follow and free of any pops, cracks, hiss, and shrills. Sound effects are loud but never overbearing.

The museum alarm is robust though every time it goes off and fills the room up. Ambient noises of people talking and other city sounds come through nicely too. The score by John Williams is fantastic and brightens up every scene and never drowns out any other sound aspect. There isn’t a big low end here, but the sound is full, leaving this audio presentation with good marks. 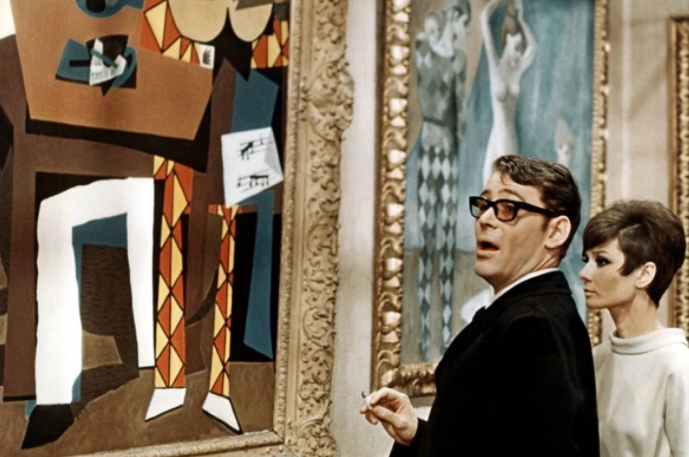 Audio Commentary – Actor Eli Wallach and the filmmaker’s daughter Catherine Wyler deliver a sporadic commentary here that was recorded separately. Eli talks about taking on his role in the film and working with the other actors, along with some fun anecdotes from the set and his co-stars. Catherine talks more about her father, home life, and the other actors.

Audrey Hepburn: The Fairest Lady (HD, 45 Mins.) – This is the Biography TV Series episode on Audrey Hepburn where tons of celebrities discuss Hepburn, her life, career, and tell fun stories about her. This is from 1997.

Isolated Music Track – Of course you want the John Williams only audio option to his soundtrack here.

Booklet – Twilight Time booklet with an essay by Julie Kirgo on the film. 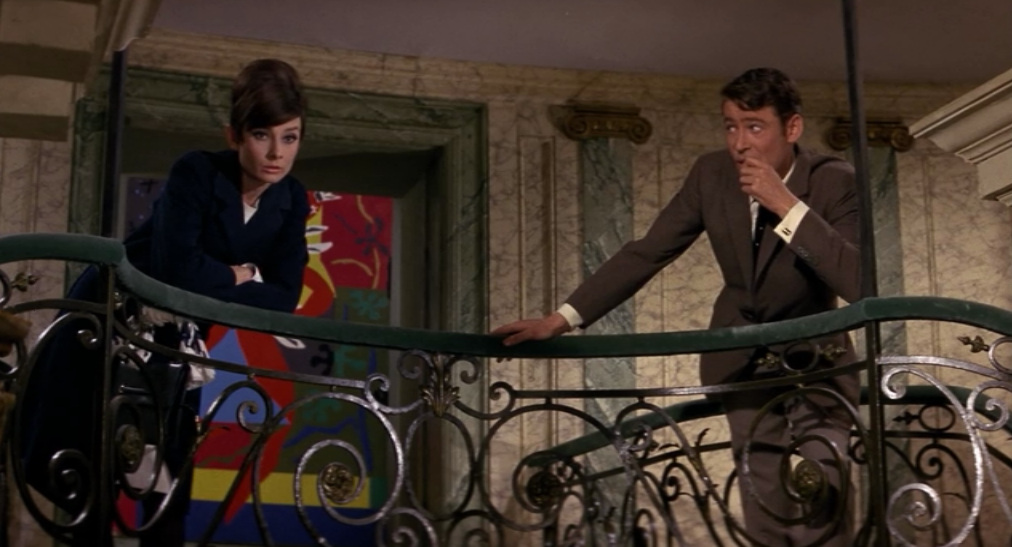 How To Steal a Million is a fun film with two amazing stars headlining the movie. In the spirit of the fun heist movies with likable characters, this film doesn’t have the fast-paced or hip music behind it, but rather some good scenes with two great actors. It still holds up after all these years, but it won’t replace Ocean’s 11. The video and audio presentations are both good and the extras are worth watching.