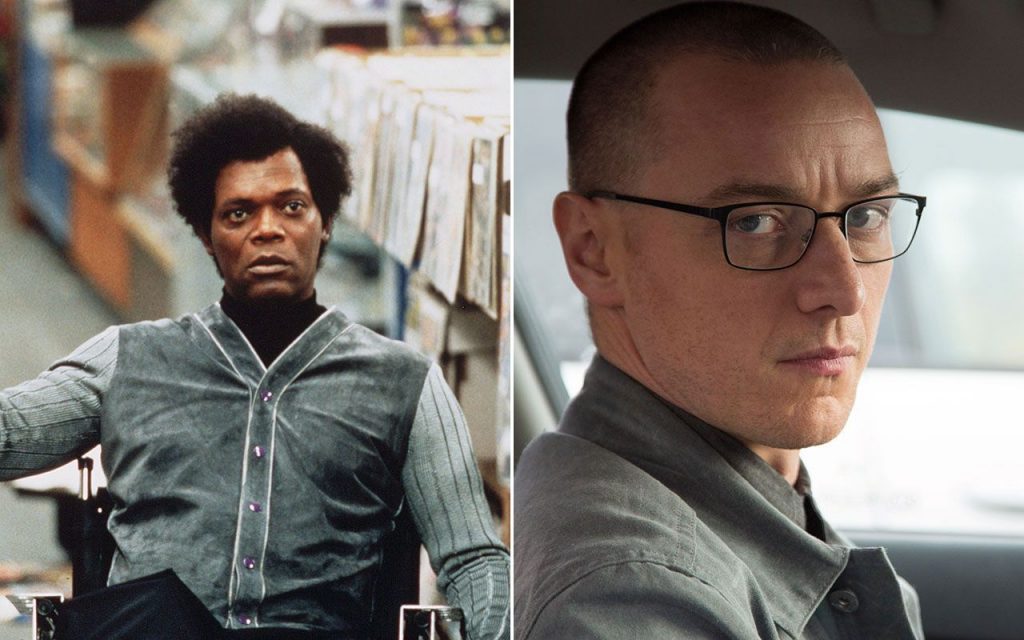 M. Night Shyamalan was the next greatest filmmaker in the world. With films like The Sixth Sense, Unbreakable, and Signs – the talented filmmaker was set to be the next Spielberg, Lucas, Scorsese, Hitchcock, and Gilliam combined into one person. It was working for him. Then, Shyamalan went on a “bender” and made a ton of shitty films, but I do believe this was a case of Hollywood taking control and not letting him do anything creative.

Luckily, Shyamalan broke free and made The Visit, which was his homecoming to more awesome movies. He then made Split, which had our collective geek community cream in our cargo shorts for the following few weeks. Making almost $300 million at the box office with Split, in addition with that ending, it was only a matter of time when Shyamalan was going to give us that Unbreakable sequel we have been salivating for since Bruce Willis actually mattered.

So, Shyamalan announced today on Twitter that the script is finished for GLASS, which will combine the characters of Split and Unbreakable. My mind, body, soul, and dick might explode from the awesomeness of this news. So yes, Samuel L. Jackson, James McAvoy, and Bruce Willis will be fighting in GLASS! 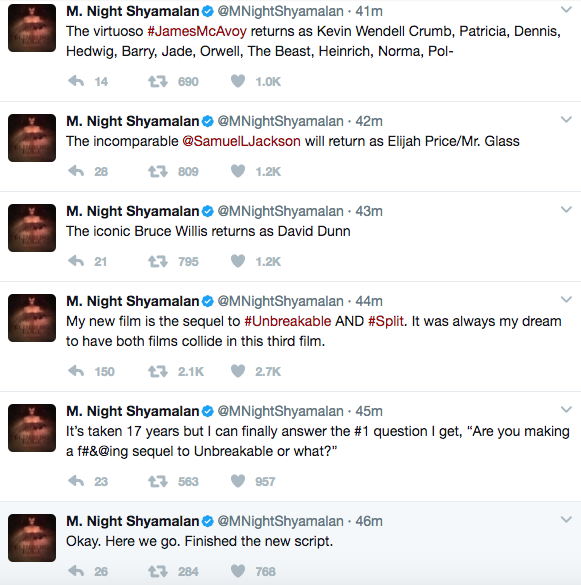 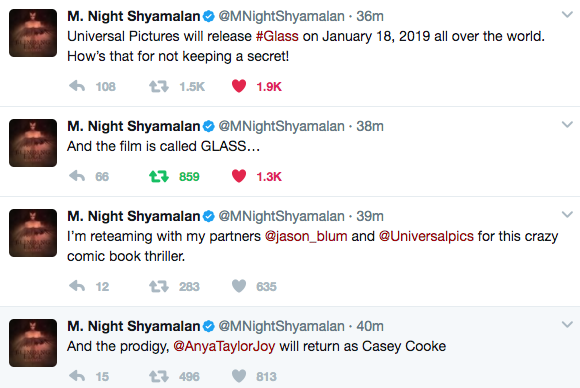