The Remake of Stephen King’s ‘IT’ has a trailer! It’s a good Trailer! 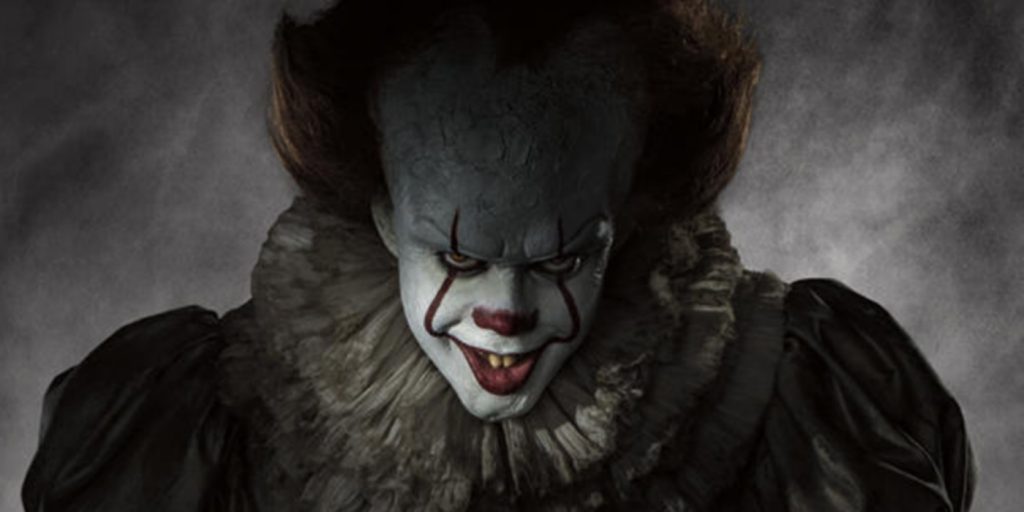 Clowns don’t scare me, however Tim Curry as Pennywise made me not sleep at night for a long time. It might have been his jovial, yet sadistic nature, sharp teeth, or yellow eyes, but it left a permanent mark on me forever. Other clowns just make me laugh. ‘IT‘ was a TV Movie based on Stephen King’s novel that came out 1990. It was a terrifying event that left some iconic images in my head for years to  come.

Going back to revisit that 1990 movie, it did NOT hold up at all. It was poorly written, badly staged, and cheesy as all hell, with the exception of Tim Curry as Pennywise. His scenes still scare the hell out of me. I’m not a huge fan of remakes, but I do believe that this remake could actually be better than the first and judging by the trailer, it looks damn good and scary-as-hell. This new version has had some trouble though, changing actors and directors over the past couple of years, but it seems all is right with this 2017 version of ‘IT‘.

The film stars Bill Skarsgard as Pennywise. The kids ‘IT‘ terrorizes are played by Jaeden Lieberher, Finn Wolfhard, Jack Dylan Grazer, Wyatt Oleff, Chosen Jacobs and Jeremy Ray Taylor. The film will be released close to Halloween on  September 7th. I hope to see a ton of Pennywise costumes this year for Halloween.