‘The Greasy Strangler’ Will Lube It’s Way Onto Your List Of Top Blu-rays!!! 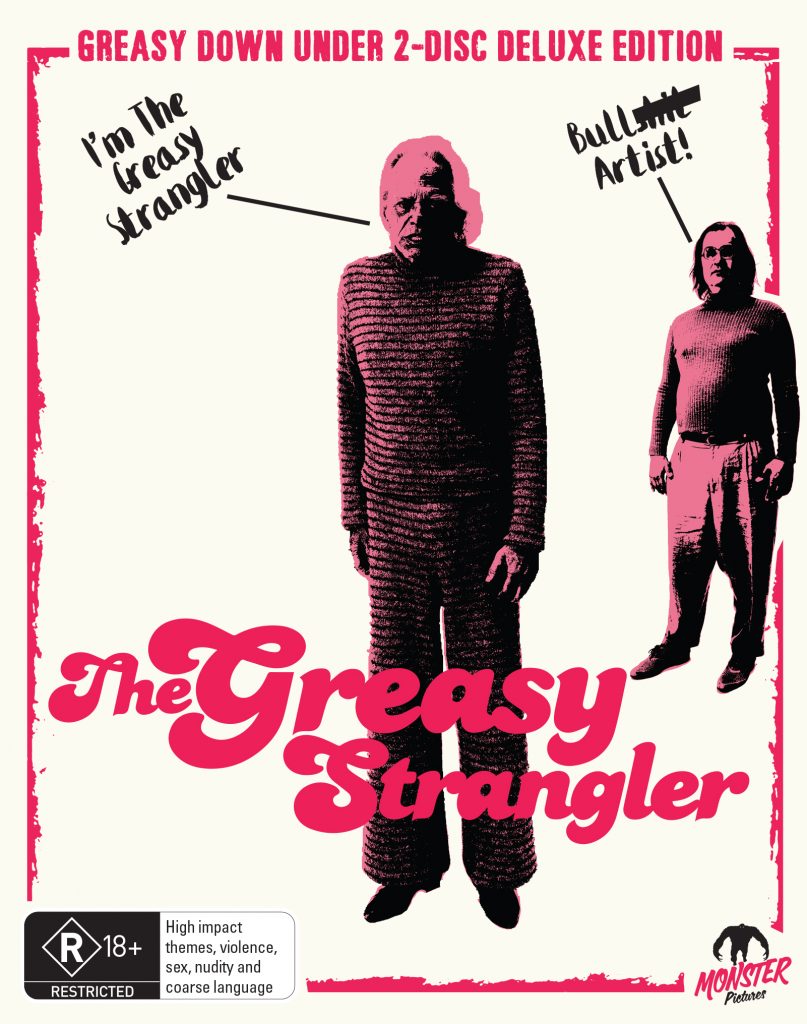 If you’re wanting your copy of the Greasy Down Under 2 Disc Deluxe Edition, you better act fast, as this copy is limited to only 2000 copies. So be sure to pre-order your copy from JB Hi-Fi today!The bonuses will include a ton of extras including exclusive footage shot on tour screening the film to Australian audiences last fall, anyone that tells you different is a Bullshit Artist!

The Greasy breakdown of the 2-disc deluxe edition is as follows: