Karl Urban in ‘Dredd’ Being Transferred To 4K Ultra HD In June!!! 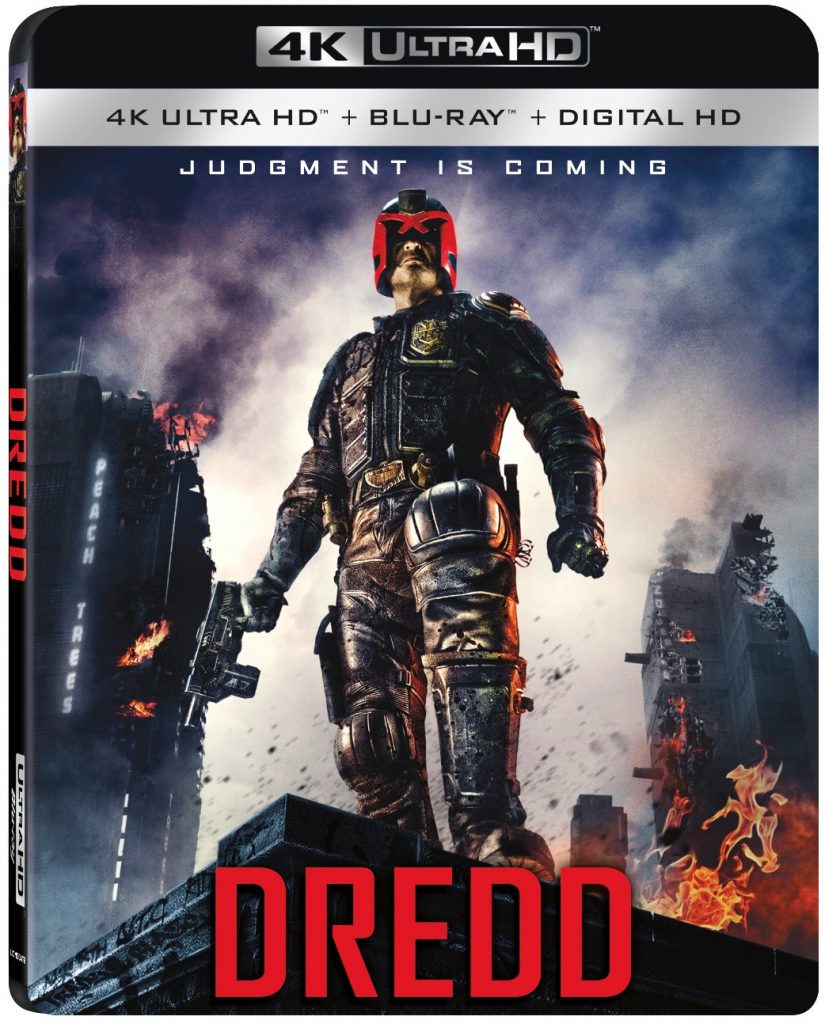 Lionsgate releases fan favorite, ‘Dredd‘ on 4K Ultra HD Combo Pack June 6. The film stars Karl Urban (‘Star Trek Beyond‘), Olivia Thirlby (‘Juno‘), and Lena Headey (‘Game of Thrones‘). Director Pete Travis (‘Vantage Point‘) took a script from Alex Garland (‘Ex Machina‘) and rebooted the story which began as a classic comic book series in 1977. Sylvester Stallone had a run at playing the title role in 1995 and Urban has given us his own rendition of the character in this film.

The future America is an irradiated wasteland — a vast, ultraviolent world where criminals control the mean city streets. Ultimate law enforcers like Dredd (Urban) and his new partner, Anderson (Thirlby), are Judges — the only force battling for justice. Dispatched by the central authority, the Judges’ target is Ma-Ma (Headey) a ruthless boss bent on expanding her criminal empire through sales of Slo-Mo, a dangerous reality-altering drug. With Dredd calling the shots, the two Judges declare full-scale war on crime in this unrelenting and brutal, three-dimensional thrill ride.