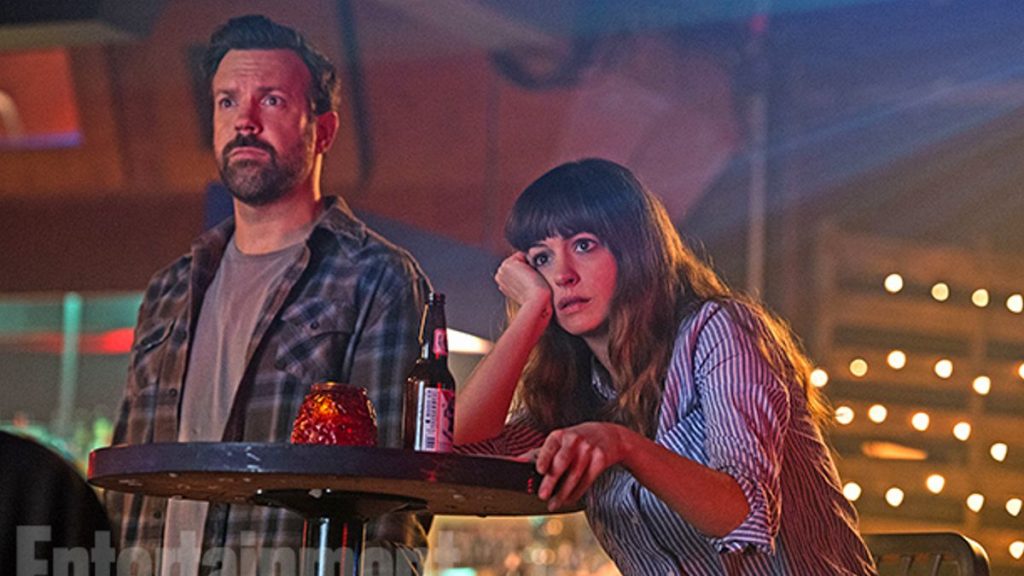 Filmmaker Nacho Vigalondo has certainly etched his name in stone in the genre arena of cinema. With films like ‘Timecrimes‘, ‘Extraterrestrial‘, and some shorts in ‘V/H/S Viral‘ and ‘ABC’s of Death‘, the Spanish filmmaker has made a name for himself for executing original ideas with heart and meaning behind whatever sci-fi or horror backdrop he uses. Not many people have done as great a job as he has on a consistent basis, while providing excellent characters and monsters all in the same film. Whenever there is a film with Nacho Vigalondo’s name attached to it, you need to run to the theater, grab your favorite candy and simply enjoy what’s about to be shown, because you won’t be forgetting it anytime soon.

That brings us to his latest opus called ‘Colossal‘, and if there is any word to describe this film it is ‘Colossal‘ on so many levels. There is so much more to this story than giant robots, monsters, and Kaijus. ‘Colossal‘ tells the story of Gloria (Anne Hathaway), who would rather get drunk every night than be responsible. Because of this, she loses her job and boyfriend in a posh Manhattan building. After this loss, she heads back to her small hometown to live and sort things out. Gloria runs into old flames such as Oscar (Jason Sudeikis), who owns the local bar, as well as some town locals she grew up with as she tries to make a new life for herself.

She is still off the proverbial wagon, getting drunk and making a mess of things, which is when she finds out that she is oddly connected to a giant Kaiju (monster) that has appeared and is attacking South Korea. There are many layers underneath this sci-fi aspect, which Nacho Vigalondo captures and tells perfectly in every scene without giving too much away right at the beginning. There is a path of crumbs and clues he leaves in each scene that furthers the story into what’s really going on with Gloria that might hit home for some viewers with some aspects of addiction, loss, and love.

The visual effects are outstanding but never overly done, but rather executed in a simple way when we see the Kaiju monsters appear in South Korea. You won’t see any sky-buttholes here, which is always welcome. The characters are very fleshed out and you grow attached to them early on with Vigalondo’s excellent screenplay as well as Hathaway’s performance, which is one of my favorite roles she’s been in. Sudeikis is also amazing here and is something different than the usual comedic roles we’re used to seeing him in. Bear McCreary’s score is fantastic as always, leaving this small indie film called ‘Colossal‘ one of the better movies you’ll see all year long.