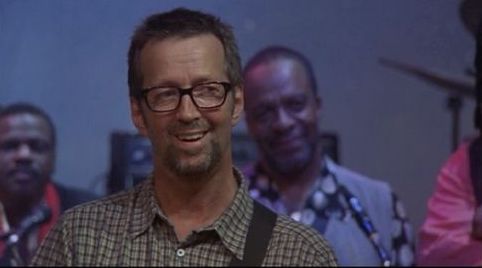 If there ever was a guitar player besides Jimi Hendrix that should get his own documentary, it should be Eric Clapton. This guy not only produced and created some of the best mix of blues and rock songs, but he did enough cocaine, heroine, and alcohol that would have killed everyone in Bangkok overnight. And those people know how to party with the lady-boys. The documentary is called ‘Eric Clapton: A Life in 12 Bars‘ and will be directed by Lili Fini Zanuck, which sounds like a fake name.

Zanuck is a producer, but is trying her hand at directing. She did produce ‘Driving Miss Daisy‘ and ‘Cocoon‘ though, along with the dragon film ‘Reign of Fire‘, so she’s got that going in to Eric Clapton’s life story. Not only will the documentary discuss the musical side of Clapton, but will also tackle his personal life, which might be better than his music and is said to the “emotional spine of the film” by Zanuck. The death of his son, traumatic childhood, and eventual happiness will be covered.

If this documentary doesn’t play out like a musical version of ‘Wolf of Wall Street‘ then I’m not interested, because Clapton and Jordan Belfort were in fact the same person back in the day, doing the same amount of drugs it would take to kill a T-Rex along with fucking anything that moved.

“Clapton’s music is the foundation of our film. His commitment to the blues, its traditions and originators, is absolute from his earliest days,” said Zanuck, who previously directed 1991 crime drama “Rush.” “He was also forever restless in his search of a suitable vehicle to shape and grow his artistic voice, often bewildering fans and the media with sudden changes in musical direction, bands, songs, guitar style, tone and physical appearance.”

“It is indeed a melancholic victory lap, full of nostalgic myth, but always musically potent, always looking to the future,” Zanuck said. “Despite the fact that his path is strewn with tragedies, addiction and loss, he never fails to regain his bearings and continue to serve what he holds dearest: his music.”

Producer John Battsek said: “We have unique access to Clapton’s extensive personal archive of classic performance clips, on- and off-stage footage, iconic photos, concert posters, handwritten letters, drawings and personal diary entries — elements with the power to transport audiences to each era, from obsessive student, to peer, to transcendent figure in musical history and one of the greatest guitarists of all time.”

I get it. We all want a personal redemption story. It’s been done too much. Focus on the drugs, alcohol, and whores with Clapton’s soundtrack and him mumbling about how good it was to shag the Queen and you’ll have Oscar gold, or at least another Grammy.