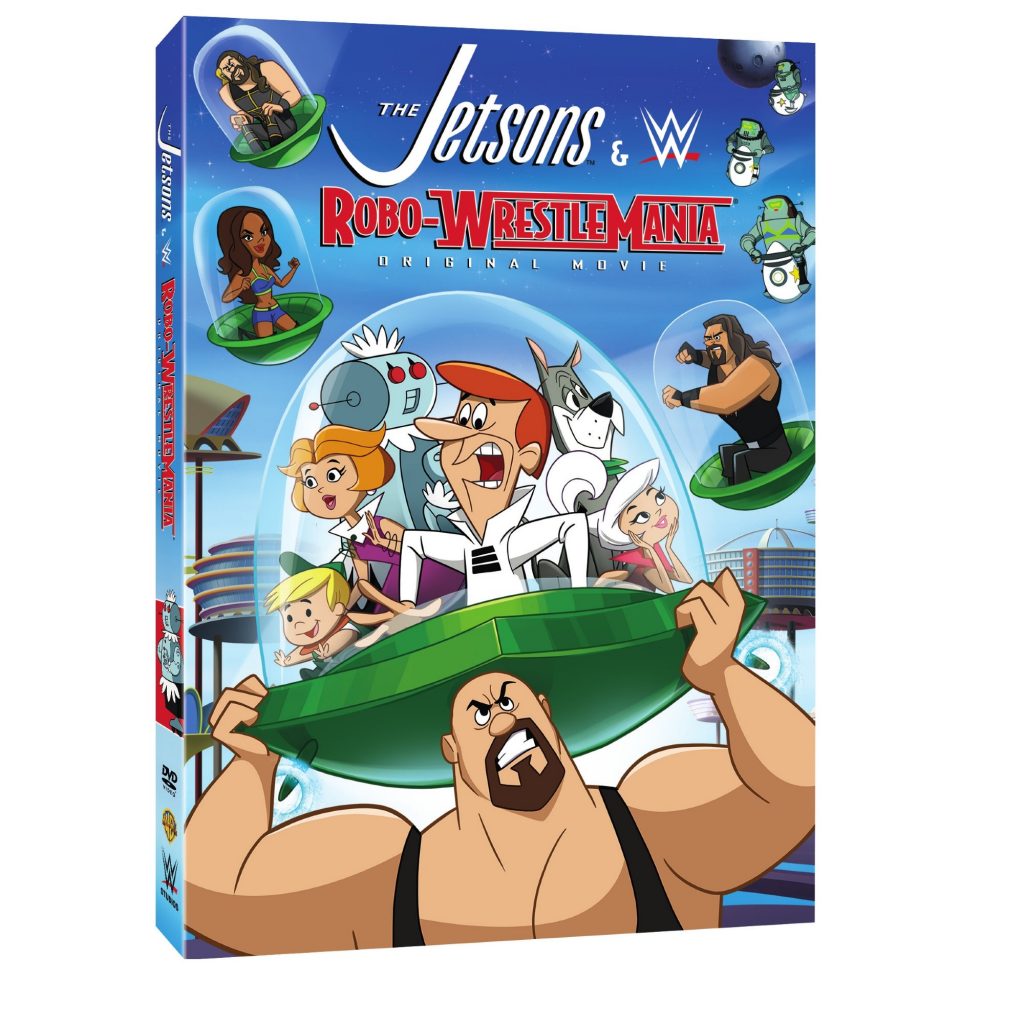 ♪♫ Meet the Jetsons ♪♫ If you didn’t sing that in your head, you’re not familiar with my favorite futuristic family. What better way to remedy that problem than with a joint venture from WWE Superstars and The Jetsons, ‘The Jetsons & WWE: Robo-Wrestlemania‘! You can pick it up on DVD March 14, 2017 and on Digital HD February 28, 2017.

The Jetsons travel back in time to join forces with some of WWE’s biggest superstars, Big Show, Alicia Fox, Roman Reigns, Seth Rollins and Sheamus. The threat is real and the teams come together to save Orbit City from the wrestle-bot army in an all-new original movie.

In the midst of an exhibition match, a powerful snow storm freezes Big Show solid. One hundred years later, Big Show has finally thawed and is discovered by George Jetson. His first mission is to revive wrestling in 22nd century Orbit City. With Big Show’s help, Elroy and George build robotic Superstars. But Big Show had big plans of his own! The wrestle-bot army manages to capture Orbit City! This leaves George and the Jetsons family one option: travel back in time to enlist WWE Superstars Alicia Fox, Roman Reigns, Seth Rollins, and Sheamus to help defeat the Big Show and his wrestle-bot army in the future.

Bonus materials include exclusive content, behind-the-scenes segments and more. Just in time to help set the stage for ‘Wrestlemania 33‘ on April 2, 2017