I’m a big fan of Ben Affleck. When he stepped into the director’s chair with ‘Gone Baby Gone‘, he showed the world that he was one hell of a filmmaker that had a strong passion for cinema and how it’s made. ‘The Town‘ was also a gritty crime caper that was well shot with excellent performances, which paved the way for Affleck to twin the Oscar for his best directed film to date – ‘Argo‘. When it was announced that Affleck was going to write, direct, and star in ‘Live By Night‘, a prohibition era gangster film with similarities to ‘Goodfellas‘ and HBO’s ‘Boardwalk Empire’, I was extremely excited, because Affleck had not led me astray with his films that he’s directed so far.

Based on the novel by Dennis LeHane (‘Mystic River‘, ‘Shutter Island‘, ‘Gone Baby Gone‘), ‘Live By Night‘ has some great moments from start to finish, but does not have the grit, characters, or raw edge that so many gangster movies it tries to emulate had before it, which is why I’m fairly disappointed here. Affleck seems rote here as Joe Coughlin, the son of a good police chief (Brendan Gleeson) in Boston, who upon his return from the War, turns to a life of crime, specifically the robbery business. He works up enough of a name for himself to have meetings with the heads of the Irish Crime Family and the Italian Crime Family.  After a botched robbery and people finding out about Joe’s relationship with the Irish Mob boss’ mistress (Sienna Miller), Joe is beaten and put in jail for three years. 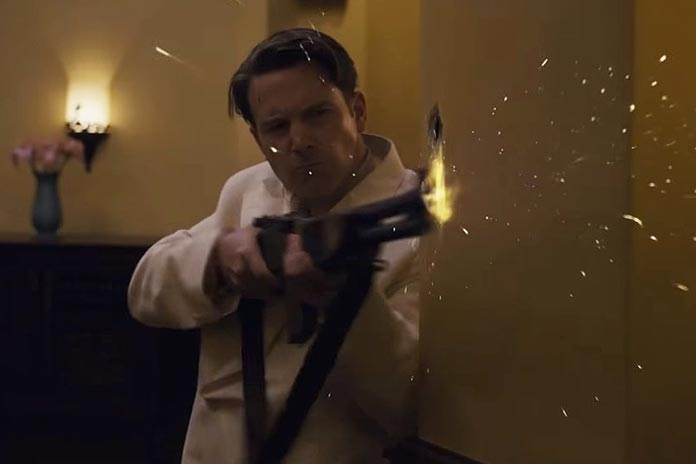 After this, Joe wants revenge on the Irish Mob boss, so he heads to Florida to run the Rum business for the Italians in hopes of getting revenge. Here we have Joe deal with some new characters, including the Police Chief of Tampa (Chris Cooper), his daughter (Elle Fanning), a relentless KKK member, and a cuban businesswoman (Zoe Saldana). While the Rum business is booming, Joe and the Italians want to build a casino in hopes of more money, which pits Joe and his right hand man (Chris Messina) between the Irish and Italian bosses in what Affleck hopes is something similar to a ‘Godfather‘ like bloodbath.

While the shots are setup nicely and the period pieces look amazing, there just isn’t any real grit or edge to this film. Even Affleck looks strained in this role, never once changing his expression from a serious, gloomy man. As he weaves in and out of several story lines, the best of the characters are left by the way side, leaving us only to focus on Joe who again, is one note. Affleck does interject some humor here and there, but his character can’t even be bothered to have any fun with it. Affleck mostly keeps the film and novel in check, but sometimes that is not the best adaptation, which is the case of the last ten minutes of ‘Live By Night‘. 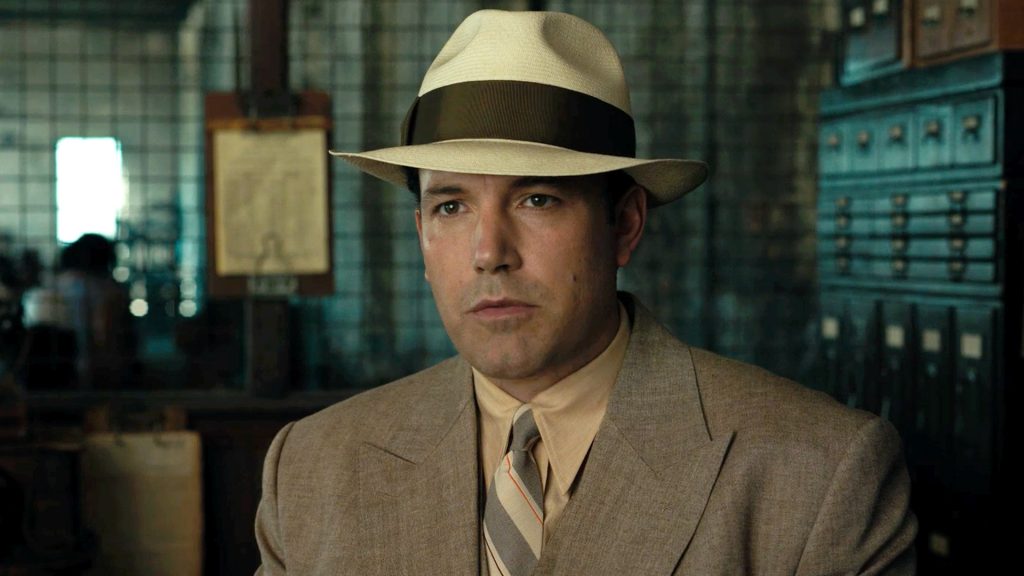 These last ten minutes are so thick with cheese, that it would only go well over a bed of nachos. That all being said, there is a lot to like here. The sets, the filming, and most of the performances are all well done, but the film just feels rushed, if not a bit lazy. Those who are fans of the gangster genre will want to give this a look though.