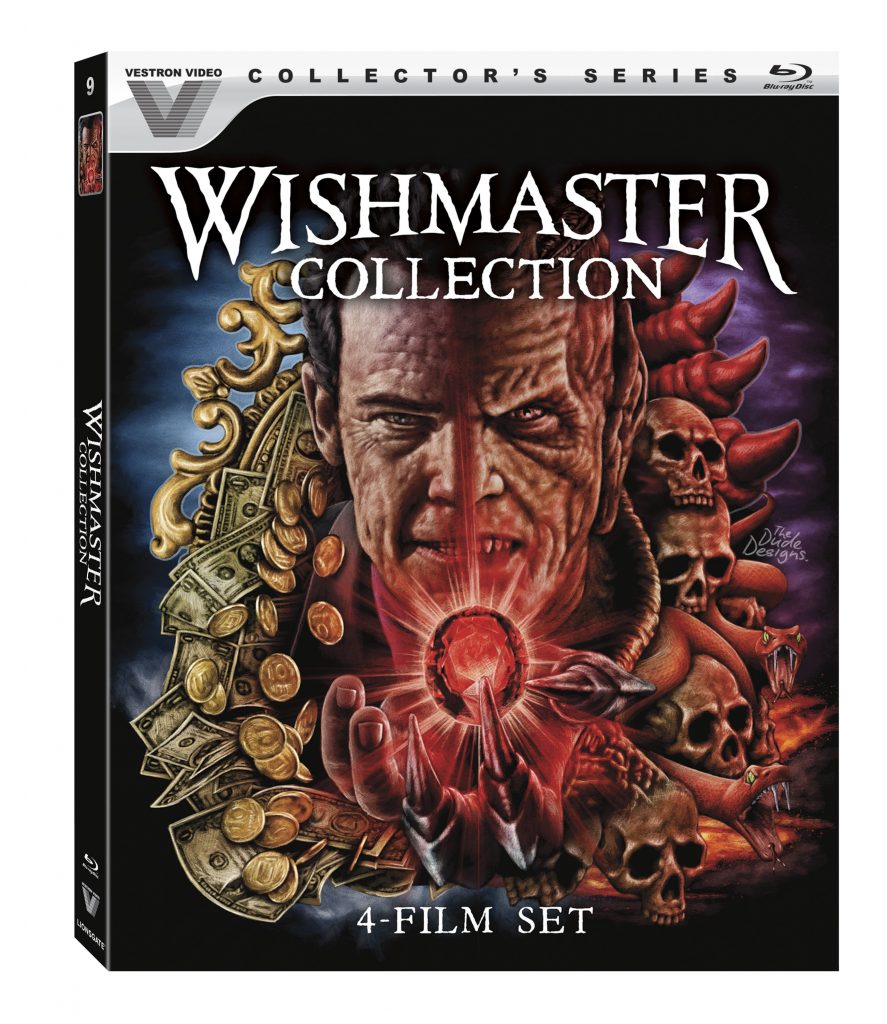 Be careful what you wish for, unless it’s the Vestron Video Collector’s Series release of the ‘Wishmaster‘ Collection! That should work as long as you just leave it at the one wish, right? If you’re a fan of this cult classic series you’re going to want this limited-edition Blu-ray that contains all four films with never-before seed special features from Lionsgate. The collection will be available March 28.

Magically powerful and supernaturally evil, the ancient entity known as the Djinn can grant your wildest dreams — and unleash your darkest nightmares. Follow the Wishmaster’s bloodcurdling quest to devour souls and plunge the world into eternal damnation in this fright-filled collection of all four horror-fantasy favorites.