A prospector… Gold Rush pioneers or Yosemite Sam have nothing on the belief of Kenny Wells (Matthew McConaughey). Kenny comes from a prestigious line of miners. His grandfather founded Washoe Mining Co. and built a sterling reputation until his death. Under Kenny’s leadership, the company suffered a plummet in profits. Repeatedly shunned by many investors, he hunted for new opportunities to pump life back in the Washoe name. All Kenny had in the world was Kay (Bryce Dallas Howard) who gives new meaning to the phrase “stand by your man.” Suddenly, Kenny sees the pathway to his future in a dream. Along with the scientific expertise of Mike Acosta (Edgar Ramírez), Washoe’s blood turns red and hot.

Directed by Stephen Gaghan and written by Patrick Massett and John Zinman, Gold chronicles this roller coaster of events, which were inspired by a true story. The 1990s Bre-X Minerals Ltd. scandal is rumored to be the foundation for Gold. The general outline of the story does follow a similar progression. Initially, the pace was too slow, but the point eventually arrived. The cinematography was vivid and rich particularly in Indonesia.

Matthew McConaughey really shows his butt in this one. The weight he put on for this role (if he didn’t gain weight, MAJOR kudos to the makeup department) was so far from his usual hotness. McConaughey throws himself into roles and makes the viewer see his commitment and earnest goal of a realistic portrayal of his characters. Over the years there have been many films that earned my admiration for McConaughey i.e. A Time to Kill, U-571, and Dallas Buyers Club. However, we have favorite goofy and off the wall films like EdTV, Dazed and Confused, and Magic Mike where he didn’t shy away from making fun of himself. As Kenny Wells, we get to see the dreamer and soft underbelly of the character. Edgar Ramirez is somewhat known to me.

He was an interesting Ares in Wrath of the Titans and heck of a shot assassin in Bourne Ultimatum. I just wish he would pick up the volume, because at times, more so in Gold, he mumbles. Edgar, you have such a commanding voice to go with that handsome face, let’s hear it! Perhaps that was tied to the character’s stealth mode tactics, but some dialogue was lost. Then there is Bryce Dallas Howard. I have respect for any actor that wants to make it under his or her own steam. She has shown great talent in her craft from the beginning as evident in Spider-Man 3, The Help, and Jurassic World. Howard is brilliant as Kay. Speaking of gaining weight for a role. “You looked good, Chica, with a little something extra on the bones. Way to commit.” Like McConaughey, Howard, though on in the film sporadically, is the picture of loyalty and forgiveness. 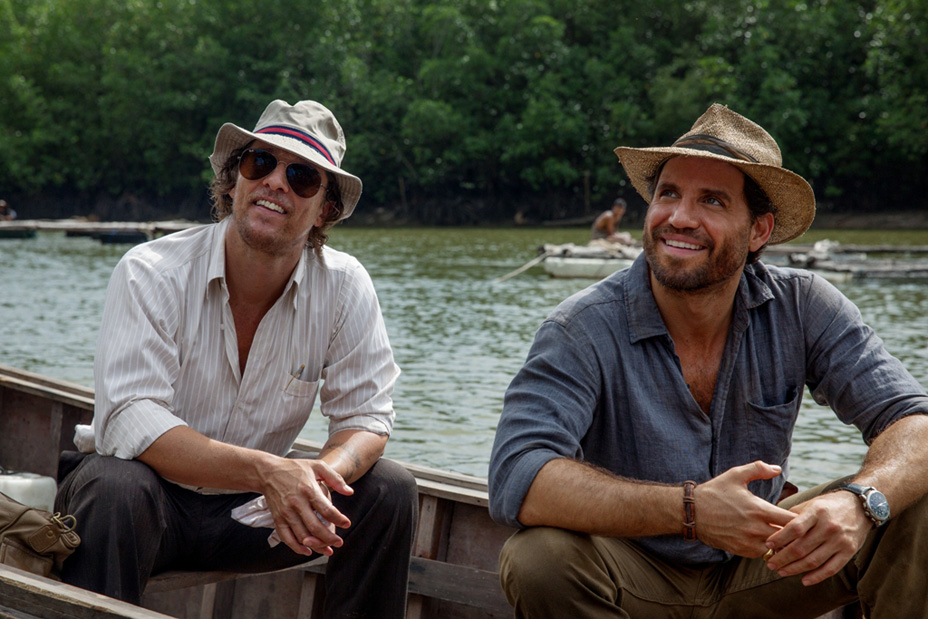 Overall, I found Gold enjoyable. It is a very interesting story of greed (not just of gold, but of power and respect) and betrayal. The beginning and a few bits in the middle were just too slow. The turning point in the story was cleverly revealed in small doses to build momentum and suspense. An inspirational quote for people needing encouragement to soldier on in their goals was shared, “The last card you turnover is the only one that counts.” Gold is a roller coaster, so…

STEP UP TO THE THRILL