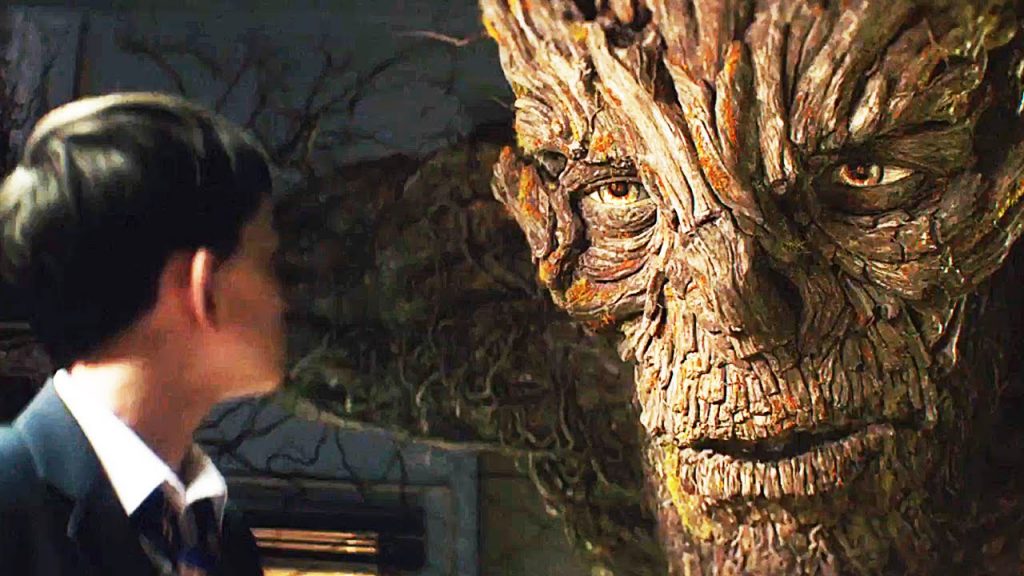 ‘A Monster Calls’ is a kid version of ‘Manchester by the Sea’. I mean that in the nicest way possible. As one of 15 alleged movie fans in America who didn’t love ‘Manchester by the Sea’ (I hope this doesn’t hurt my review street cred) it is important for me to compare these two films, which at their core, deal with loss, grief, and growing up. The amazing part for me is that I think ‘A Monster Calls’ tackles these themes and issues in a more effective manner.

The main character is a boy named Conor (Lewis MacDougall), who he has a pretty poor lot in life. His mother (Felicity Jones from ‘Rogue One‘) has cancer, his Grandma (the legendary Sigourney Weaver) is sort of a bitch, and he’s picked on in school.  Some may call scenes in ‘A Monster Calls’ manipulative or obvious. Of course they are! The goal of the film is to force you to consider the struggles of the character and feel something as they go through their journey. So as Conor deals with his struggles, a giant, monster- tree, voiced by Liam Neeson comes to his window at night and there are stories told that apply to Conor’s life. 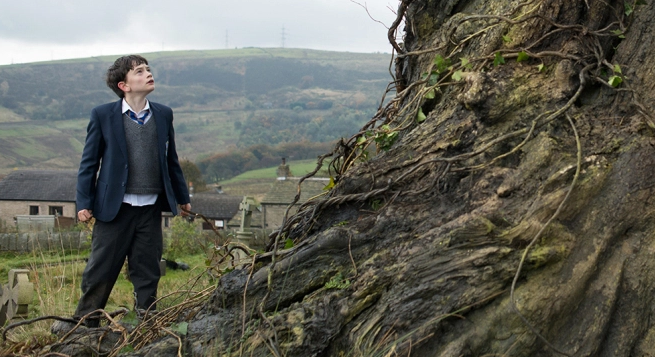 It is an imaginative fantasy where the stories get fantastic and are full of some great visual effects, but the point stays grounded to reality. Themes of love, loss, meaning, respect, and hope all shine through as the Monster guides Conor on his journey. I don’t want to spoil the final scenes or how the film was ultimately wrapped up but I will say it was emotionally effective and despite the fact you’re watching Liam Neeson as a tree, hit me right in the chest with its messages.

The reason I called this film ‘Manchester by the Sea’ for kids is because they both are explorations of grief and loss. While Casey Affleck gave a fantastic performance in ‘Manchester by the Sea’  the film didn’t work for me on an emotional level the way ‘A Monster Calls’ does. I don’t need every film to have a happy ending. I don’t need every film to be bright and cheery. However, there is something cathartic and truly special about following a character that comes to a realization you can apply to your own journey.

Losing a loved one can be the worst, most horrible, devastating moment of someone’s life. The ability to carry that loss with you and take a step forward no matter how minor is so much more powerful to me than allowing that loss to just drag you down forever. ‘A Monster Calls’ was an effective tale of the ability of one boy to carry the devastating weight of his World on his shoulders and take a small step forward.