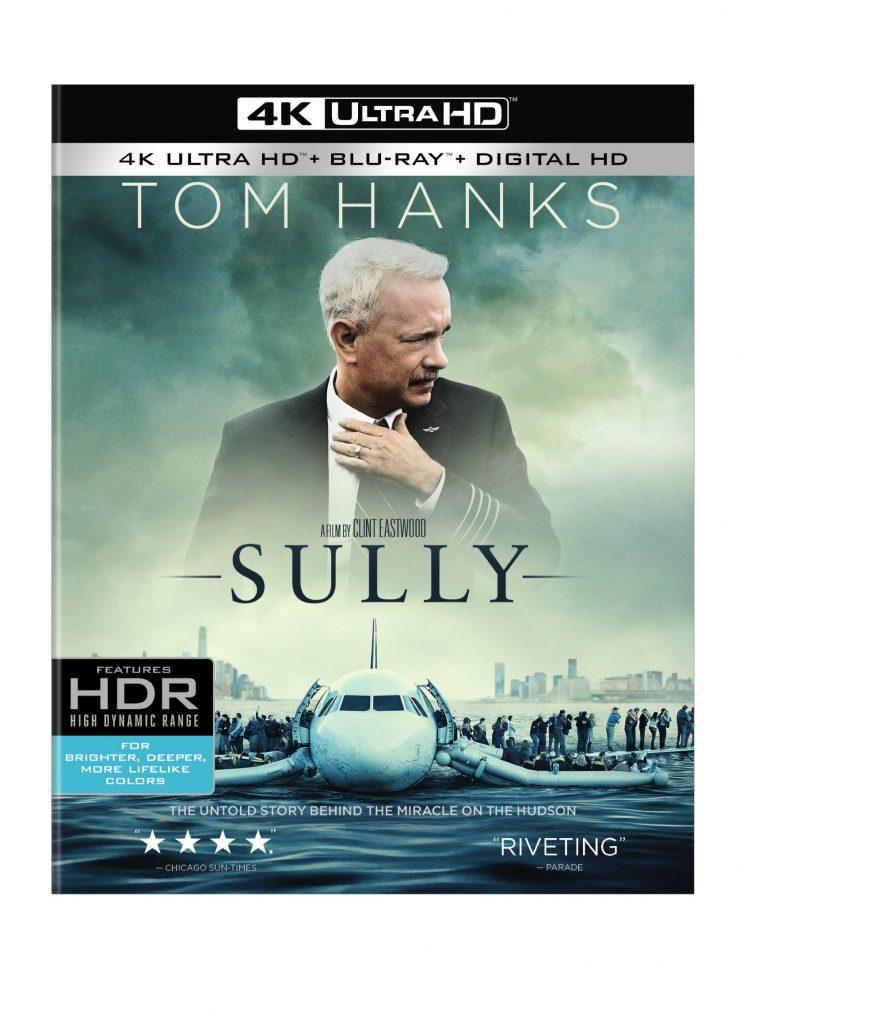 January 15, 2009 will be a day that lives in history as one of miraculous and heroic events. That’s the day the world witnessed the Miracle on the Hudson when Captain Chesley “Sully” Sullenberger landed his disabled plane and saving the lives of all on board. However, even as Sully was being heralded by the public and the media for his unprecedented feat of aviation skill, an investigation was unfolding that threatened to destroy his reputation and his career. This compelling and remarkable story has been adapted for the big screens and Tom Hanks led the cast in telling the story in ‘Sully‘. Warner Bros. Home Entertainment is releasing the film as Ultra HD Blu-ray, Blu-ray Combo pack, DVD and on Digital HD this December.

The Digital HD will be available December 6, but if you want a hard copy, you’ll have to wait until December 20. Clint Eastwood (‘American Sniper‘) directed a stellar cast that includes Hanks (‘Bridge of Spies‘), Aaron Eckhart (‘Olympus Has Fallen‘), and Laura Linney (‘The Savages‘).

“Sully” Blu-ray and 2 Disc Special Edition DVD contain the following special features:
· Sully Sullenberger: The Man Behind the Miracle
The “Miracle on the Hudson” didn’t happen by chance. The difference between disaster and deliverance rested on the character of the man with his hands on the controls.
· Moment by Moment: Averting Disaster on the Hudson
Captain Sullenberger, Co-Pilot Jeff Skiles and air traffic controller Patrick Harten take us step-by-step through the 208 harrowing seconds of Flight 1549, revealing how the wrong decision at any point would have resulted in disaster.
· Neck Deep in the Hudson: Shooting Sully