It’s likely your friends fall into one of two categories – those who love ‘The Big Bang Theory‘ and those who hate TBBT. Granted, this show is not quite as polarizing as ‘Two and a Half Men‘, but I know there are some people I can hear rolling their eyes right now thinking of these shows. So this next bit of info will be exciting for some of you and could possibly make others’ eyes roll right out of their heads. Warner Bros. TV and CBS is looking into a prequel series in the works based on Sheldon Cooper before he shows up at Cal Tech in the current chapter of his life. 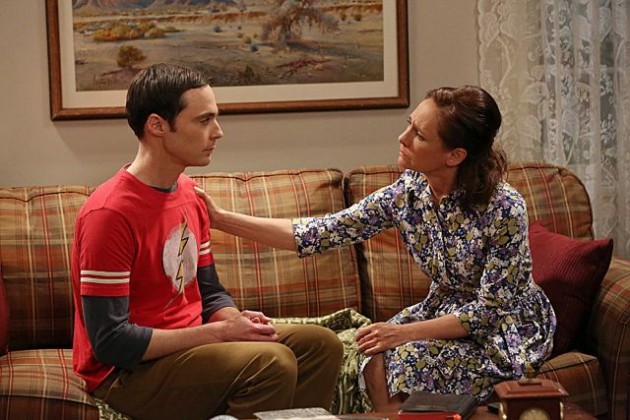 So far, nothing is concrete, the project is just approaching a deal for a script. If the series moves forward, we should see plenty of the situations that ‘The Big Bang Theory‘ has talked about over the last 10 seasons concerning Sheldon’s youth. Before you start speculating if Jim Parsons, the actor who currently plays Sheldon, will be involved, as of now he’s attached to exec produce with Chuck Lorre and TBBT showrunner Steve Molaro.

The script will be written by Molaro and will showcase Sheldon, a neurotic genius who is not insane because his mother had him tested, and his upbringing in the great state of Texas. Laurie Metcalf has been cast perfectly in the role of Sheldon’s mother on the show and I can’t imagine anyone else playing Mary Cooper any better in a prequel. However, it’s all premature speculation at this point when it comes to casting.

With a hit series enjoying it’s 10th season, looking to the future seems only natural, but you have to wonder where the natural stopping point is going to be for the show. There will likely be a few more seasons of ‘The Big Bang Theory‘ and a spinoff makes total sense to continue the franchise and capitalize on an already built-in and vested fan base. This seems a fantastic time period to explore and there are countless stories that can be told from that point in Sheldon’s life. Will we see his trek to the much-talked about ‘Star Trek‘ convention where he tried to meet Wil Wheaton? The possibilities are rife with possibilities.