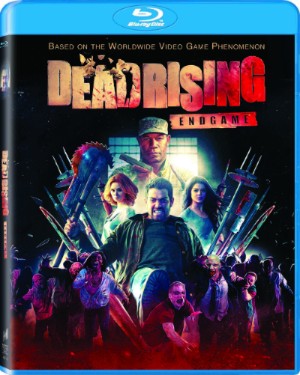 After narrowly escaping a zombie quarantine, Chase (Metcalfe) can’t shake the guilt of having left a trusted colleague behind. Now, as he heads back into the quarantine to expose the architects of the outbreak, he will uncover a secret more evil than he could have imagined. With mass annihilation looming, Chase—along with a group of dubious allies—slices, hacks and bludgeons his way through the zombie hordes that plague the abandoned city. Our heroes will have to confront their most gruesome nightmares in order to save millions of innocent lives, including their own.

Blu-ray™, DVD and iTunes Digital Extras Include:
Eight Featurettes:
Bringing Zombies to “Life”
From Game to Screen
Making the Weapons
Who is Chase Carter?
Who is Jill Ekland?
Who Is Jordan Blair?
Who is Sandra Lowe?
XBox Exclusive Digital Extra:
Lights, Zombies, Action! Featurette