We’ve Got The Trailer For ‘American Gods’ And It’s Amazing!!! 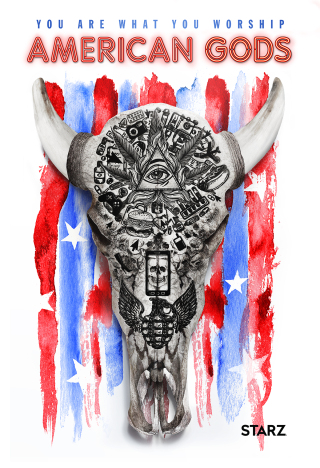 Starz’s adaptation of Neil Gaiman’s novel ‘American Gods‘ finally has a trailer! I have been stoked for this project and have been looking for this trailer for months. The lucky crowds at San Diego Comic Con were lucky enough to see it first, but now we have it to share with everyone. The project debuts in 2017 and stars Ricky Whittle, Gillian Anderson, Pablo Schreiber, Emily Browning, Dane Cook, Cloris Leachman, and Ian McShane.

Shadow is a man with a past. But now he wants nothing more than to live a quiet life with his wife and stay out of trouble. Until he learns that she’s been killed in a terrible accident. Flying home for the funeral, as a violent storm rocks the plane, he is greeted by a strange man in the seat next to him. The man calls himself Mr. Wednesday, and he knows more about Shadow than is possible. He warns Shadow that a far bigger storm is coming. And from that moment on, nothing will ever be the same.