There’s a New Kick-Ass Coming & She Will Slay!!! 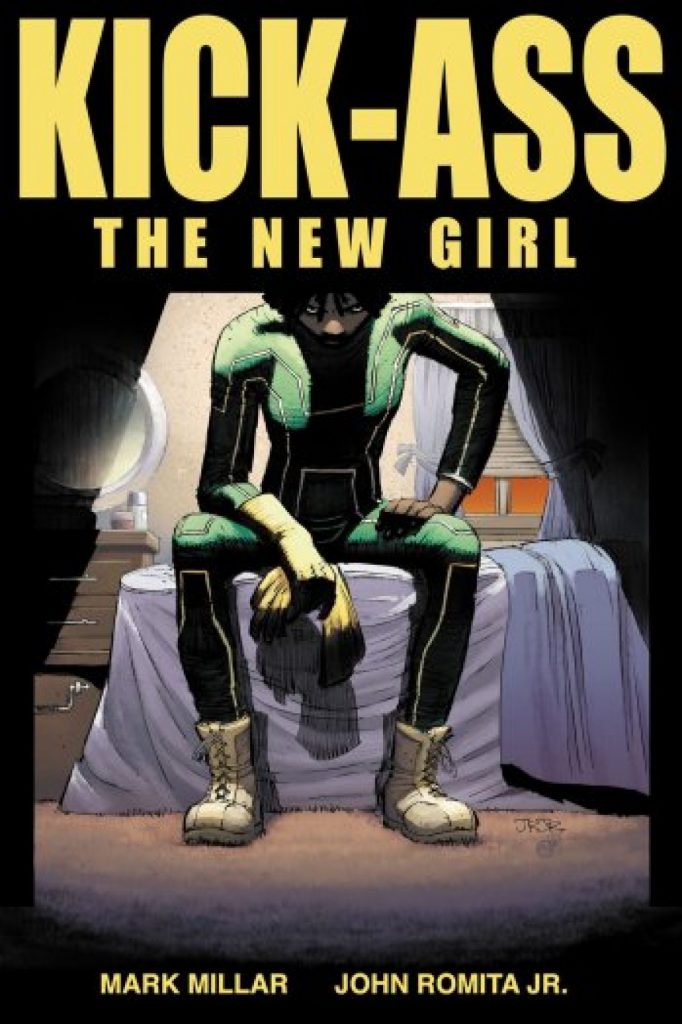 Clear the way, nerdy, white guys, there’s a new superhero in town! She goes by the name of ‘Kick-Ass‘! I know, you’re thinking this can’t be, we know who Kick-Ass is and he’s a nerdy, white guy! Creator of the comic, Mark Millar is changing up the inhabitants of the world he created for Kick-Ass and assigning a new character to don the green suit. All we know about her is she’s African American and she’s a she.

“Comics is not short of white males aged around 30; that demographic seems pretty well catered for,” says Millar. Millar is lengthening his reach to encompass those that aren’t as visible on the pages of comic books. His plan is to  set the story in a different city with all new supporting friends and foes. “I don’t think many blonde white guys around 30 feel under-represented when they pick up comic or watch a movie. Being older or younger or female or African-American just seems more interesting to me as a writer because this character is quite unique and opens up story possibilities that hasn’t been tried in almost eighty years of superhero fiction. This woman has a completely different take on Kick-Ass.”

Millar didn’t give us any kind of details about the character or plot, but he wants to venture  into telling stories that matter more than who is wearing the suit. His plans are to make Kick-Ass a character that can evolve and change over time like Doctor Who or James Bond. He wants to limit each character’s appearance as Kick-Ass to four volumes or less, meaning someone could appear in only one issue as the awkward hero. This is Millar’s first time planning to releasing a monthly serial comic.

Joining the project are Kick-Ass co-creator John Romita, Jr. who will draw the book and has signed on for a three year stint, Millar will write the first story arc then he will bow out so Daniel Way, a name known in Marvel circles for his work on comics starring Wolverine and Deadpool, can take over.

This new direction for Kick-Ass is an exciting one and will shake up monthly comics and I expect to see other books follow suit. Millar is breaking ground for new and innovative characters and story lines and I can’t wait to see what comes next for him.