Marvel is going to release the first trailer for ‘Doctor Strange‘ tonight for all of us fans, which stars Bendict ‘man-god’ Cumberbatch as Doctor Strange. In anticipation of the trailer, we now have an official poster for the film, which has the good doctor in his Sanctum Sanctorum. 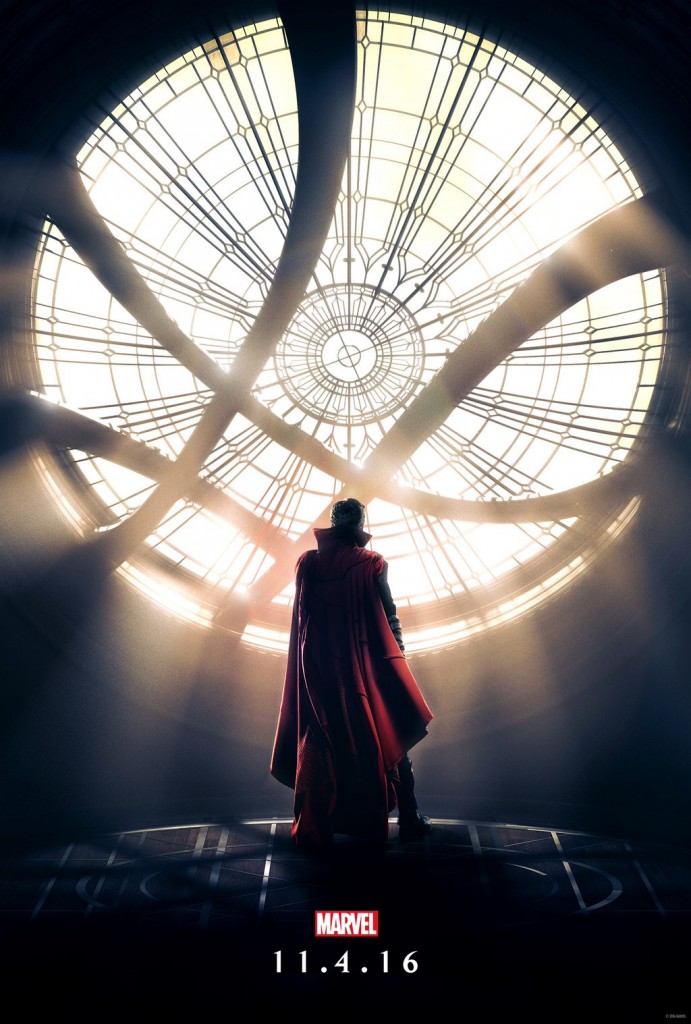 Synopsis: After his career is destroyed, a brilliant but arrogant and conceited surgeon gets a new lease on life when a sorcerer takes him under his wing and trains him to defend the world against evil.

Filming wrapped up last week and the film will open in November of this year.

The Trailer is Here!!