‘The Hateful Eight’ Drops To Blu-ray and Digital HD in March!!! 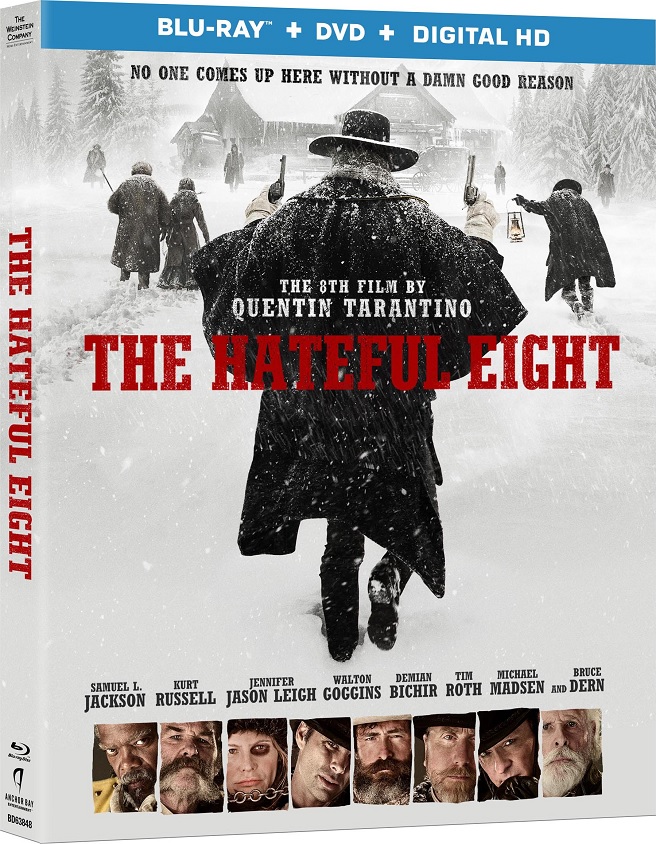 When Quentin Tarantino casts a movie, he pulls out all the stops and fills the project with Hollywood’s A-List, and ‘The Hateful Eight‘ is no exception. The project brought together some Tarantino favorites and some new to his work. Samuel L. Jackson, Kurt Russell, Jennifer Jason Leigh, Walton Goggins, Demian Bichir, Tim Roth, Michael Madsen and Bruce Dern are the top-billed names and they make a fantastic ensemble that make up ‘The Hateful Eight‘ and you can bring it home on Blu-ray Combo Pack, DVD and On Demand on March 29, 2016. 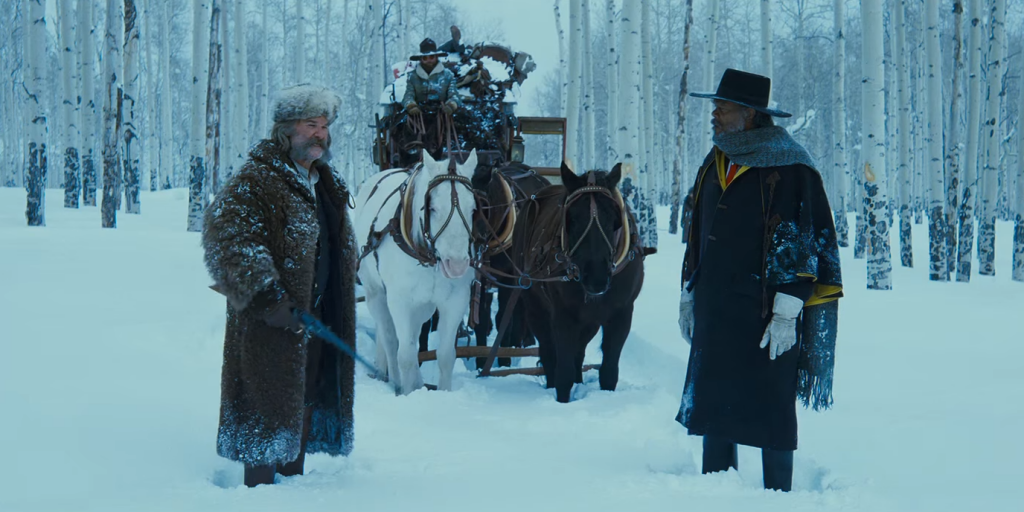 In ‘The Hateful Eight‘, set six or eight or twelve years after the Civil War, a stagecoach hurtles through the wintry Wyoming landscape. The passengers, bounty hunter John Ruth (Russell) and his fugitive Daisy Domergue (Leigh), race towards the town of Red Rock where Ruth, known in those parts as “The Hangman,” will bring Domergue to justice. Along the road, they encounter two strangers: Major Marquis Warren (Jackson), a black former union soldier turned infamous bounty hunter, and Chris Mannix (Goggins), a southern renegade who claims to be the town’s new Sheriff. Losing their lead on the blizzard, Ruth, Domergue, Warren and Mannix seek refuge at Minnie’s Haberdashery, a stagecoach stopover on a mountain pass. When they arrive at Minnie’s, they are greeted not by the proprietor but by four unfamiliar faces. Bob (Bichir), who’s taking care of Minnie’s while she’s visiting her mother, is holed up with Oswaldo Mobray (Roth), the hangman of Red Rock, cow-puncher Joe Gage (Madsen), and Confederate General Sanford Smithers (Dern). As the storm overtakes the mountainside stopover, our eight travelers come to learn they may not make it to Red Rock after all…

‘The Hateful Eight‘ will follow suit of most releases with a Digital HD version releasing two weeks before the hard copy does. The hard copy release is for March 29 which means Digital HD release is March 15, 2016.

Special features for ‘The Hateful Eight‘ include two featurettes – ‘Beyond the Eight: A Behind-the-Scenes Look’ and ‘Sam Jackson’s Guide to Glorious 70mm’.