Guillermo del Toro’s Next Project Is A ‘Fantastic Voyage’ Remake!!! 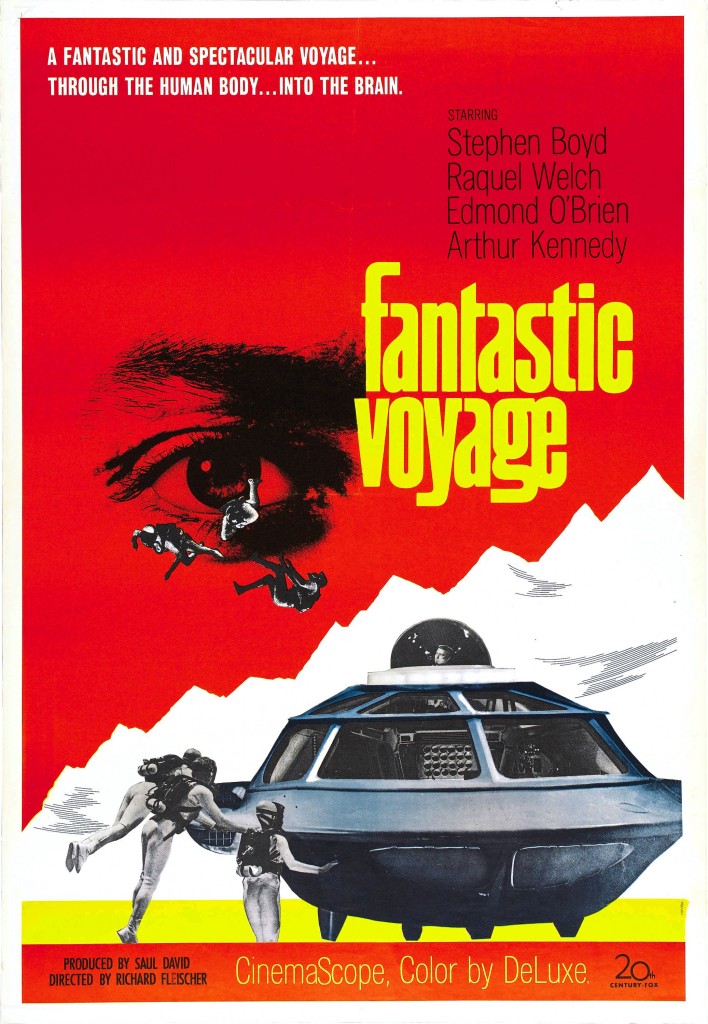 Since ‘Pacific Rim 2‘ has been shelved indefinitely, Master of the Chiller, director Guillermo del Toro is circling his next project and it looks to be a remake of the 1960’s sci-fi series ‘Fantastic Voyage‘. del Toro is coming off his last picture, ‘Crimson Peak‘ released October of last year, it was moderately received despite the star power involved. So it looks like it’s time to go small, figuratively speaking, of course.

Let’s refresh your memory on the story of Voyage which came out in 1966 and starred Raquel Welch and Stephen Boyd. Scientist Jan Benes, who knows the secret to keeping soldiers shrunken for an indefinite period, escapes from behind the Iron Curtain with the help of CIA agent Grant. While being transferred, their motorcade is attacked. Benes strikes his head, causing a blood clot to form in his brain. Grant is ordered to accompany a group of scientists as they are miniaturized. The crew has one hour to get in Benes’s brain, remove the clot and get out.

With a picture of this size we can expect nothing less than it being a major studio event and likely a tentpole for summer relase, although we don’t have any type of projection for release date. So what do you think, yay or nay on a ‘Fantastic Voyage‘ remake?