‘Last Fan Standing’ Is In Jeopardy! Bruce Campbell Needs YOU!!! 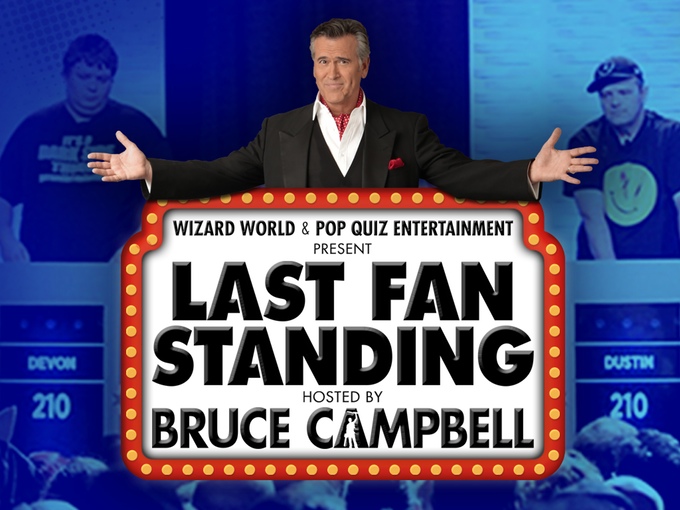 We’ve reported before that Bruce Campbell and Wizard World have collaborated in bringing ‘Last Fan Standing‘, a game show for the nerds among us to life. It makes Comic-Cons more awesome because that’s where they film, and it makes reality TV so much more fun as it’s part of Wizard World’s ConTV. Bruce has run into a problem and needs our help though! 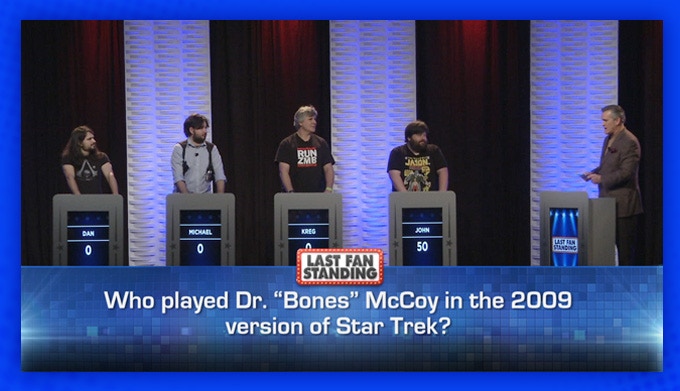 Season 1 has been completed, but a Kickstarter has been created to help fund further seasons, how can you BE the ‘Last Fan Standing‘  if ‘Last Fan Standing‘ ceases to exist?! This is a call to war, a call to arms, well, just a call to donate. But, in return for funding, there are rewards available as awesome as Bruce Campbell himself. Don’t believe me? Check it out, only $5 gets you eye contact, that’s a bargain! A hooker will charge you extra for eye contact but Bruce is only charging you $5 for it, before you ask, no, I don’t know the price for a reach-around but I’m sure that’s something that qualifies for the “email and ask” section.

The best part about this show is it covers the kind of trivia con-attendees are brim to the top with. Topics from film, books, TV, comics and beyond are all up for grabs and everyone gets to compete! There are no separate tryouts, if you’re present that day, you get a clicker and, based on the answers, given a chance to become part of this awesome game show! Check out the Kickstarter and see what you can do to help the fledgling show gain some solid ground.