Jennifer Lawrence & Amy Schumer Will Write and Star In Their Own Project?!!! 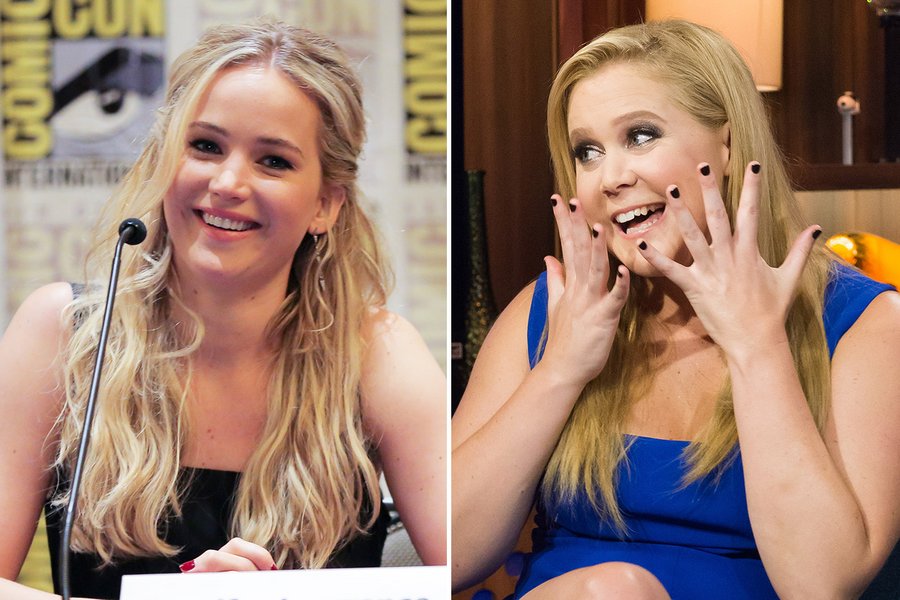 I can’t believe it’s happening, but Jennifer Lawrence and Amy Schumer seem to be more than just vacationing buddies, as of late, they’re writing partners! It even gets better than that, the project they’ve been tearing through is a vehicle that will put the goofy, hilarious duo together on-screen, as well, sisters at that! Is this a new incarnation of the Tina Fey/Amy Poehler dynamic?

It’s not that this is an unlikely pairing, they seem ideal to bounce jokes off one another and it all began after JLaw saw ‘Trainwreck‘. She sent the equivalent of a fangirl email to the comedian which led to texting and there’s no telling where this will end up! While she’s not been labeled as a “comedian”, Lawrence has had plenty of moments that cement her as one of the funniest ladies in entertainment today. Her unscripted moments at awards shows, during interviews, comic-cons and other off-the-cuff moments prove she’s a riot. I love that her post ‘Hunger Games‘ career gets her into a creative position, this girl can do it all. I see her getting behind the camera at some point in her future, as well, but one step at a time, right?